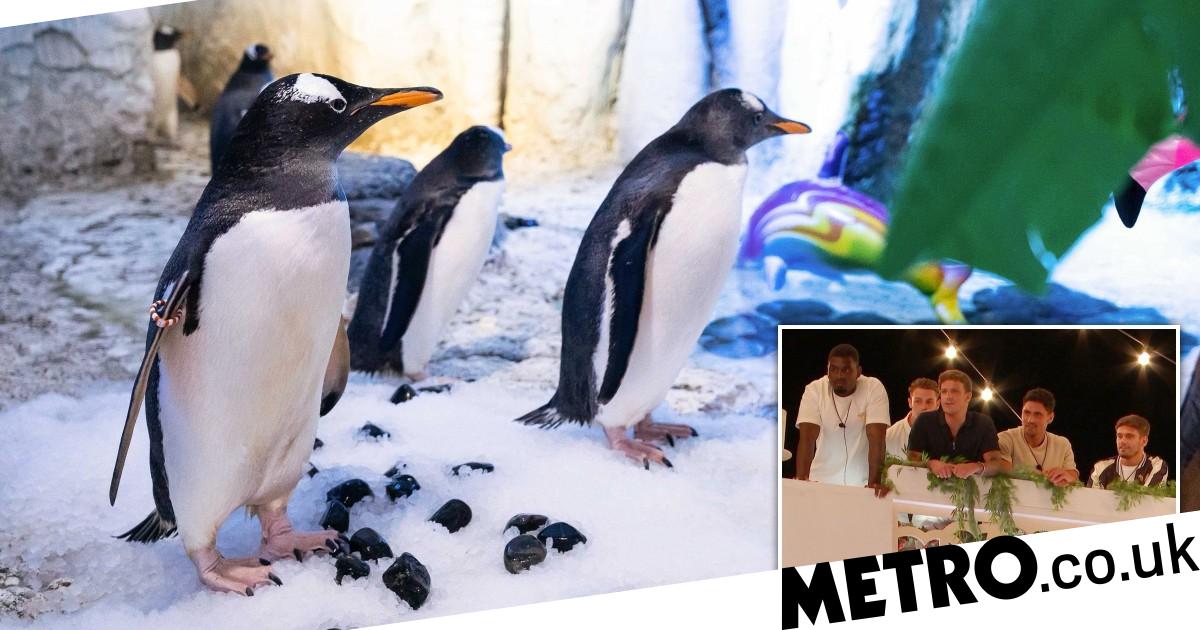 The summer of love is truly underway, but the romance isn’t just heating up for the sexy singletons in Majorca, as it turns out some of Sea Life London Aquarium’s residents have had their villa transformed with a Love Island twist.

That’s right, penguins are now getting Love Island makeovers too.

The colony of Gentoo penguins are coupling up for their yearly mating season, and their drama is almost as spicy as the ITV reality dating show.

At Penguin Point, same sex couple Rocky and Marama were going steady just like fan-favourites Tasha Ghouri and Andrew Le Page, until mysterious bombshell Honey came along and had a secret affair with not one but both of the female penguins!

Who would have thought their could be so much drama in the enclosure?

Elsewhere, while handsome Italian Davide Sanclimenti has been unlucky in love so far, after a pretty fiery argument with Ekin-Su Cülcüloğlu, maybe he just needs to take some inspiration from Sea Life’s largest penguin Elton, who, unlike Davide, has been paired up with petite Ripley since 2020 and had two chicks together last year through their successful relationship.

Fans of the hit show have previously criticised age gaps between contestants coupled up, but this doesn’t look to be a problem for the penguins as Sea Life’s newest couple Ziggy and Polly have the biggest age difference.

Older female Polly has found her type on paper with youngster Ziggy, and the pair have even been spotted cheekily slapping each other’s bottoms.

However, there might be trouble in paradise looming, as Polly doesn’t seem keen to settle down this season and has started being a little distant and neglecting her nest duties.

Penguin mating season usually runs from March to July, during which prospective couples take part in a series of mating habits, including one where male penguins give their beloveds a pebble to not only win their love, but as a sign of their breeding credentials.

Unlike Jake Cornish giving fellow islander Liberty Poole his promise ring last year, the penguins use their gifts to build a nest before the females settle down to lay their eggs.

‘The penguins at Sea Life London Aquarium partner up every mating season as the excitement builds in the hope that we’ll once again hear the pitter patter of tiny penguin feet.

‘But it’s not all about the mating rituals, our Gentoo population is carefully managed to maintain genetic diversity and we consult the European studbook holder before breeding.

In the animal kingdom, penguins usually have one partner per breeding season and are therefore seen as monogamous creatures, but, much like the Love Islanders, this is not always true and it’s not uncommon to see extra couplings occurring in a single season.

Some penguins will stay together for life, while others may just pair up for part of the breeding season… sounds a lot like the contestants we can’t get enough of.

Guests can see Sea Life London Aquarium’s famous couples in Penguin Point at the South Bank attraction seven days a week throughout this Summer of Love.

Alec Baldwin shouts about his barking dogs in Spanish during chaotic live interview with...

Quick Area - June 29, 2022 0
The 500 tombs found at the base of Jebel Hafit (Hafit mountain) date back to the start of the Bronze Age. Now visitors can camp at the ancient site in luxury air-conditioned pods. ...
Read more

Peak District and North Coast 500 among Britons’ most desired destinations

Quick Area - June 29, 2022 0
Britons have revealed what they think are the top experiences everyone in the UK should have before they turn 40.They included a night under Northumberland’s International Dark Sky Park, a road trip along...
Read more