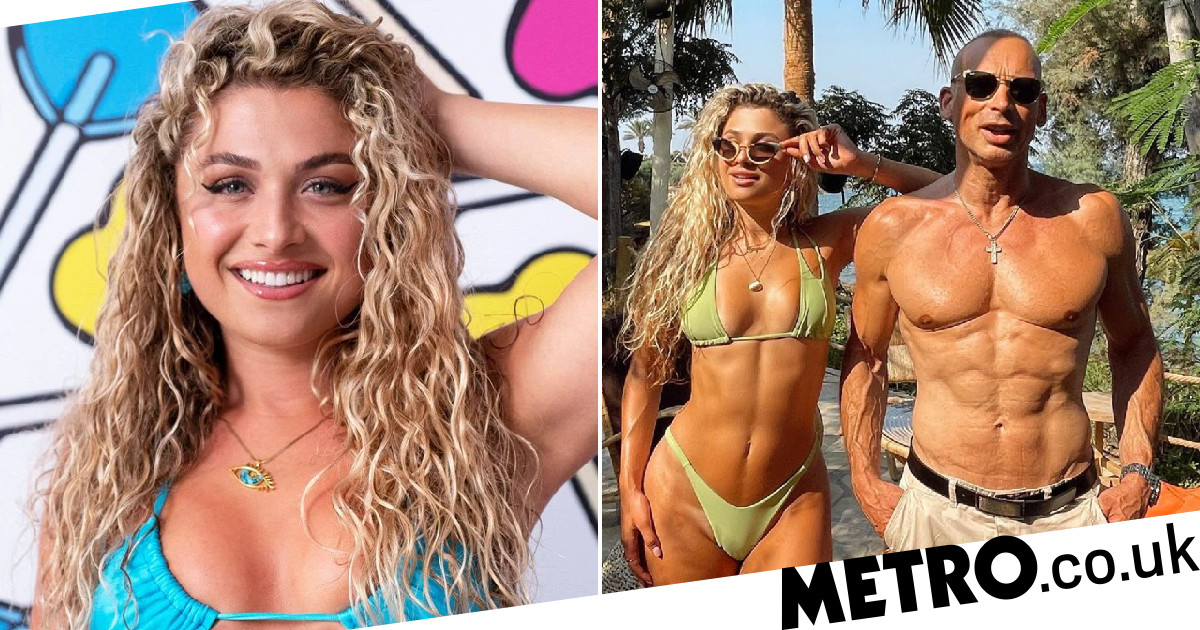 The 26-year-old singer made her bombshell debut during Wednesday’s instalment and certainly caught Davide Sanclimenti and Jay Younger’s eye.

It was recently revealed that singer-songwriter Antigoni, 26, is the daughter of Tonia Buxton, a celebrity chef and regular on shows like GB News, This Morning, and Sunday Brunch.

Posting a string of snaps of Antigoni, including her Love Island promo photo and some sweet mum-and-daughter pictures, Tonia wrote: ‘I can not believe that my @antigoni is in the Love Island Villa, she mentioned she would be sunbathing this week I didn’t think she meant in Mallorca!

While her dad has shown support for his daughter, he appears to stay out of the spotlight. Well, until now that is.

After last night’s episode, fans immediately stalked Antigoni on social media and were surprised to see photos of her ‘ripped’ father, who she regularly works out with.

‘Damn. Antigoni’s Mum and Dad can pass as Love Island Contestants. They got Body ody ody like. Family of Bombshells!’ one person tweeted.

In one Instagram picture, the singer uploaded a sweet birthday post for her dad, and viewers expressed their shock over his age.

‘I refuse to believe he is 57 WHAT,’ one person wrote.

Before heading into the villa, Antigoni revealed that she’s playing her cards close to her chest, saying: ‘I won’t know who I’m feeling until I get in there – I need to meet somebody in person and see their energy and vibe.’

During last night’s episode, Antigoni had the pleasure taking Davide, Dami Hope, and Jay on a cute picnic date, with all three attending the date at the same time.

Debriefing the girls after the dates, Antigoni told them she had a nice time Davide and Dami but admitted that she had the strongest connection with Jay – much to Ekin-Su Cülcüloğlu’s disappointment.

And judging by tonight’s teaser, a fiery row is set to erupt between Ekin-Su and Jay after he made it clear he wants to get to know paramedic Paige Thorne.

We have our popcorn at the ready!


MORE : Who is Love Island bombshell Charlie Radnedge? New boy looking for ‘fiery girl’ and has eyes for Ekin-Su Cülcüloğlu