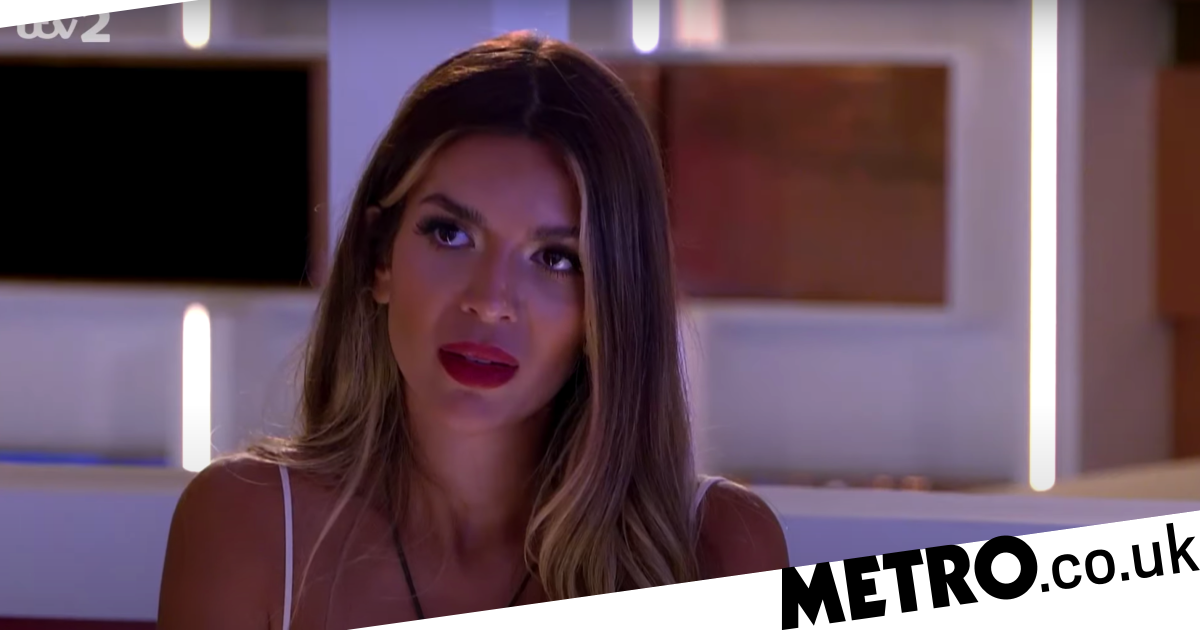 Love Island delivered all sorts of drama tonight and we couldn’t have asked for more.

It’s been a chaotic few days, with the arrival of two new bombshells, Dami Hope and Indiyah Polack turning towards each other after both their partners were voted out of the villa, and Ekin-Su Cülcüloğlu setting her eyes on Jay Younger, leading to a big blow up between the Turkish soap star and Davide Sanclimenti.

Elsewhere, Gemma Owen and Luca Bish were separated after bombshell Danica Taylor picked the fishmonger to couple up with, leaving him cuddling Gemma on the sofas by day, and sleeping in the dog house at night.

Tasha Ghouri and Andrew Le Page seemed happily coupled up, until new bombshell Charlie Radnedge’s arrival, who promised he was going for ‘personality’ over ‘looks’, before choosing Tasha for a date later in the episode.

While the teaser for tonight showed the big blow up between Jay and Ekin-Su, the night started with a fairly calm conversation between them, as Jay admitted he wanted to get to know Paige Thorne, who is actually coupled up with Gemma’s ex-boyfriend Jacques O’Neill.

Ekin-Su and Jay’s relationship melts down after dramatic argument

‘That conversation with Ekin couldn’t have gone any better,’ Jay began, before things turned entirely upside down, and the villa exploded.

Jacques let Paige know that she had caught Jay’s eye, but before Jay and Paige had a chance to speak to each other, Ekin-Su came out fuming.

‘This is a joke,’ Ekin was heard saying to herself inside, before she strode straight back out, bee-lining for Jay. And she was not happy.

Jay and Ekin-Su’s relationship broke down into an argument, pretty reflective of the one Davide Sanclimenti had with Ekin-Su only a few nights ago. In fact it was so similar, Ekin-Su actually used Davide’s words against Jay, saying he should win an Oscar.

‘I take back everything I said here, I was calm and collected, it’s just hit me now,’ Ekin-Su began, questioning Jay’s actions towards her over the last few days.

While Ekin-Su accused him of ‘leading her on’, calling Jay ‘a mug’ and ‘the biggest player of the villa’ who ‘deserves the biggest Oscar’, the rest of the Islanders were left stunned at the interaction, with Jacques jumping in to defend Jay, pointing out that Ekin-Su’s actions a few nights ago (which involved crawling onto the terrace to secretly kiss Jay) weren’t any better.

Charlie sets his eyes on Tasha

While the left of the villa were left shocked over the argument, Charlie pulled Tasha aside to share he had his eye on her.

‘I am really happy with Andrew,’ Tasha confirmed, but that didn’t seem to stop Charlie as she assured she’d be happy with chats ‘even if it’s on a friendship level’.

‘I will continue to persist, I think,’ Charlie said in a clip later.

Charlie wasn’t the only one trying to catch someone’s eye, as Davide and Danica shared a cheeky snog after a flirty chat on the sofas.

Unexpected to viewers and to Danica it seemed, Davide jumped in to kiss her, calling it a ‘gift’ (while he talked about himself in third person).

‘It was a nice conversation it needed to end it in a nice way,’ Davide said to her, while she admitted feeling ‘hot and flustered’.

After planting it on Danica, later in the episode Davide revealed he was planning on getting to know new girl Antigone too, which, to him, meant he of course had to kiss her too.

Meanwhile, Charlie caught Ekin-Su for a chat after her flustery argument with Jay, as the pair agreed they wanted to get to know each other, not before Ekin-Su said she thought she’d be able to get Davide back in a click of her fingers if she wanted to.

‘My mind is still on Jacques,’ a teary-eyed Paige revealed over confusion about whether she wanted to get to know Jay.

Speaking to Tasha, Paige admitted she didn’t want to get to know Jay, and was happy focused on Jacques, despite not expecting him to put all his eggs in her basket just yet.

‘You either have all of my effort or none of it,’ she said.

‘All I was looking for from Jacques was a little bit of reassurance, I just feel really confused at the minute,’ she continued, before Jacques pulled her aside for a comforting chat and cuddle.

The next morning, the villa seemed calmer, as the islanders reflected on the night before – and turned their eyes elsewhere it seemed, as Charlie and Ekin-Su sweat it out at the gym together and Paige hinted that maybe she would be open to getting to know Jay.

‘I’d be stupid to cut myself off so early on,’ she said, admitting Jay was her ‘type to a tee’ when he entered the villa.

‘I’m not a b*****, I’m not going to stop you,’ Ekin-Su told Jay, praising his honesty for being open about wanting to get to know Paige.

‘I’ve made my bed, I’ll lie in it,’ he replied, as the pair seemed to reconcile after their explosive row.

Ekin-Su and Charlie shared a ‘saucy’ moment in the hot-tub together on their date, with Charlie wiping off some chocolate from Ekin-Su’s lips, before she swapped her place with Tasha who admitted she was happy to get to know Charlie despite having her sights set on Andrew.

Meanwhile, Jay took the opportunity while Ekin-Su was away on her date to crack on with Paige, but who knows if her head will be turned from Jacques?


MORE : Love Island fans have turned Davide’s ‘liar, actress’ rant into a meme and we’re here for it