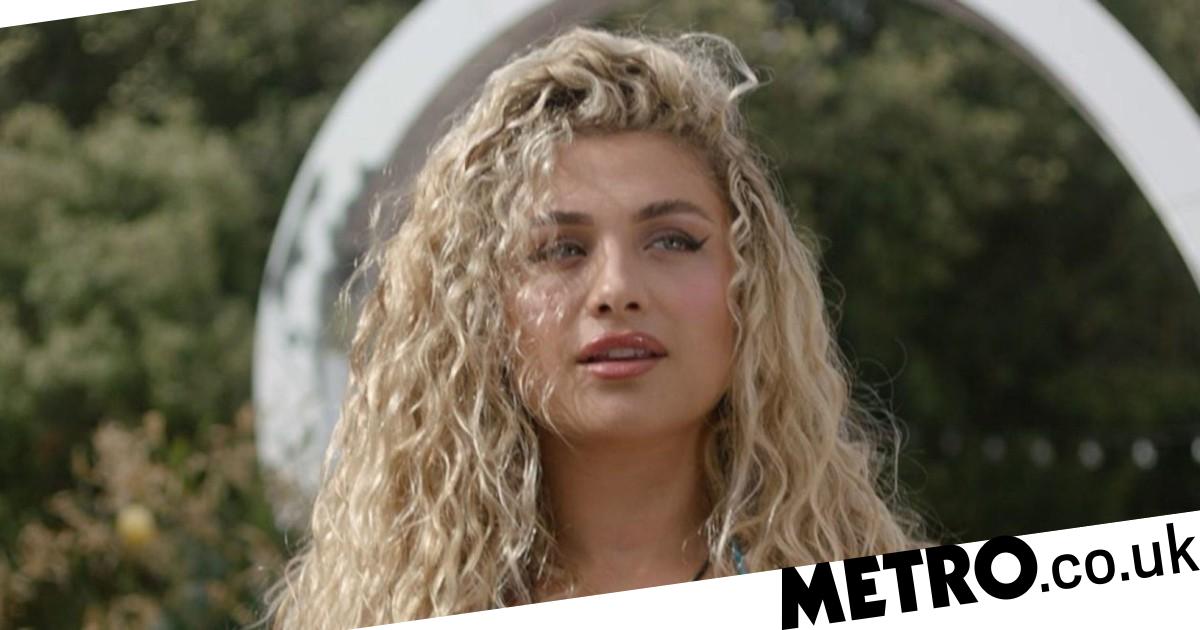 Our Love Islanders were given whiplash when they woke up in the morning to find new bombshell Antigoni Buxton waiting in their garden.

It’s been a whirlwind couple of days with Amber Beckford and Ikenna Ekwonna being dumped from the villa after receiving the fewest public votes. With their partners now gone, Indiyah Polack and Dami Hope were then free to crack on with each other after confessing their feelings in the previous episode.

Cracks were also beginning to form between Ekin-Su Cülcüloğlu and Jay Younger, with him starting to distance himself from the actress in hopes of getting to know others in the villa.

All of which brings us to Wednesday’s episode, which began with Antigoni making her grand entrance, later a set of romantic dates, steamy sex talk, brilliant trolling from Davide Sanclimenti and the arrival of yet another bombshell.

Nice to meet you Charlie Radnedge…

After another late night, the islanders woke to find singer Antigoni standing in their garden.

Davide didn’t hesitate to offer her a coffee out the gate, while Jay – whose eye is wandering from Ekin-Su – noted: ‘She’s very attractive so we’ll see. I’m really looking forward to getting to know her.’

Luca Bish is undeniably smitten with Gemma Owen, but even he admitted: ‘I could see her being someone’s wife. She’s someone I would talk to on the outside.’

The islanders agreed to send Jacques and Paige into the hideaway the previous night and it seems a little more than kissing may have gone down between the silk sheets.

Both remained coy about it as Jacques told the boys with a cheeky smile on his face: ‘No nothing more happened.’

He then said in the Beach Hut: ‘Hideaway last night, obviously we had a little fun with it. Sexual chemistry has gone through the roof at the minute.’

Paige also told the girls: ‘We just had a bit of chill, just a bit of pillow talk.’

First up was Davide and they sipped on tropical cocktails under a tree with Jay and Dami awkwardly watching on.

‘I’m a romantic, I’m a caring person, always want the best for my girlfriend, in some ways I want to elevate her,’ Davide told the new bombshell before, again, promising to bring her a morning coffee the next day.

The heartthrob also gave Antigoni a lesson in speaking Italian but the real chemistry came when it was Jay’s turn in the hot seat.

Jay told his date: ‘I am still feeling Ekin and I still want to get to know her but I feel there are other islanders I haven’t spoken to as well.’

Antigoni clearly isn’t shy as she told him: ‘I can tell you’re attracted to me – you haven’t broken eye contact with me once, you’re not intimidated.

‘I think you need to kiss someone to know.’

They didn’t kiss but Davide couldn’t resist using it as an opportunity to troll his former love interest Ekin-Su, who was positively steaming back at the villa…

‘Ekin-Su you should see the kiss, very passionate,’ Davide joked when they all returned from the date.

The poor girl couldn’t relax all day knowing Jay was getting one-on-one time with newbie Antigoni.

‘I can’t sit here and act all cool when it’s a guy I have feelings for… I’ve caught feelings, I’m f****d, help!’ she admitted, almost literally pulling her hair out.

She added: ‘I need to relax. I’m fine but obviously I have feelings for the guy.’

Andrew tried to reassure her somewhat, saying: ‘She’s had to pick three dates, it wasn’t his choice… you’ve got to let him get to know this girl because he’ll realise what he’s got with you.’

Ekin-Su then reasoned: ‘It would be hypocritical for me to say as obviously I went from Davide to Jay. I can’t be the baddie, I cant be selfish.’

Gemma and Luca make plans for life on the outside…

Or more so Luca tried to make plans and Gemma kept shutting him down.

The fishmonger’s keen to see her equestrian skills in the outside world, but Gemma seemed uncomfortable with the idea, telling him that she didn’t want him to watch her as she’d be focused on winning.

The two then shared naughty innuendos about riding and the less said about that, the better.

Charlie from London made his grand arrival in the villa at the end of the episode and the boys were immediately eyeing up their ‘jacked up’ competition.

Speaking to the cameras, the 28-year-old newbie said: ‘Would I say I’m posh? I wouldn’t say so,’ before revealing how he wines and dines women on Chelsea’s King’s Road.

As he mingled with the girls, it became clear that he and Ekin-Su would likely hit it off as he loves a fiery woman and, if there’s anything our dear Ekin-Su has brought to the villa so far, it’s straight up flames.

Love Island airs every night at 9pm on ITV2.


MORE : Who is Love Island bombshell Charlie Radnedge? New boy looking for ‘fiery girl’ and has eyes for Ekin-Su Cülcüloğlu


MORE : Love Island 2022: Antigoni Buxton age, job, and how to find her on Instagram