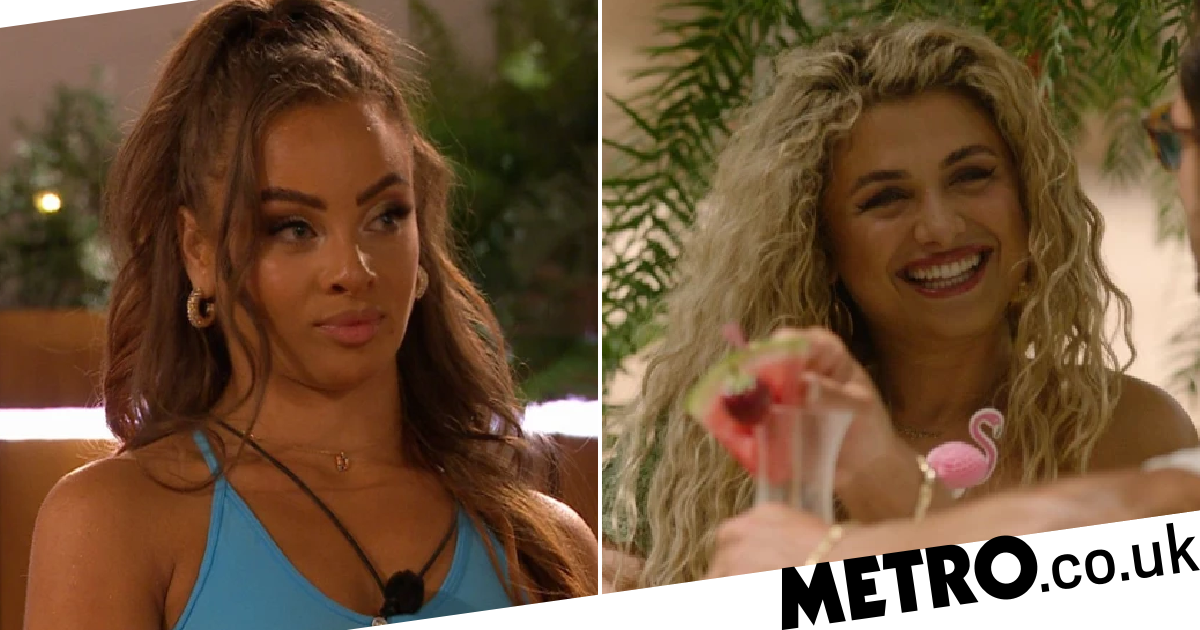 Love Island viewers have raised eyebrows after newcomer Antigoni Buxton was treated to three dates of her choice upon entering the villa while Danica Taylor was only given one.

Singer-songwriter Antigoni, 26, caused a stir when the boys found her relaxing on the sun loungers just after the islanders woke up and was later told to select three to take on a date.

The new bombshell opted to wine and dine Davide Sanclimenti, Dami Hope, and Jay Younger with all three attending the date at the same time.

Meanwhile, Danica was sent on a date with Luca Bish, who she decided to couple up with in the latest recoupling – much to his disappointment.

Many viewers claimed it was ‘unfair’ that Danica wasn’t given the same treatment as Antigoni and hit out on social media.

‘I feel sorry for Danica man,’ former Love Island star Amber Gill wrote. ‘She didn’t get a warm welcome and she got no dates.’

‘Nah Danica is correct, no dates then had to couple up immediately and then still just one date with Luca who clearly wasn’t interested,’ another added. ‘Weird treatment tbf.’

Echoing a similar sentiment, a third penned: ‘Danica didn’t get a fair chance. She was forced to couple up on the first day. Didn’t get a chance to talk or date the guys like Antigoni is getting.’

Antigoni’s dates were one of the main talking points during last night’s episode of Love Island and sparks were flying between her and Jay.

‘You haven’t broken eye contact with me once,’ she told him. ‘That tells me you’re attracted to me.’

Antigoni also admitted to him that she does feel “an initial attraction” but that they would have to see how things go.

In a debrief after the dates, Antigoni told the other girls she had a nice time Davide and Dami but admitted that she had the strongest connection with Jay.

Ekin-Su, who is currently coupled up with Jay, appeared anxious when waiting back at the villa while her partner was on the date.

Speaking from the Beach Hut after they returned, she said: ‘I didn’t really want to hear that Jay was the most like flirtiest date or romantic or whatever.

‘I was kind of hoping the date went well with either Davide or Dami. I feel like playing the violin and having just a glass of wine probably.’