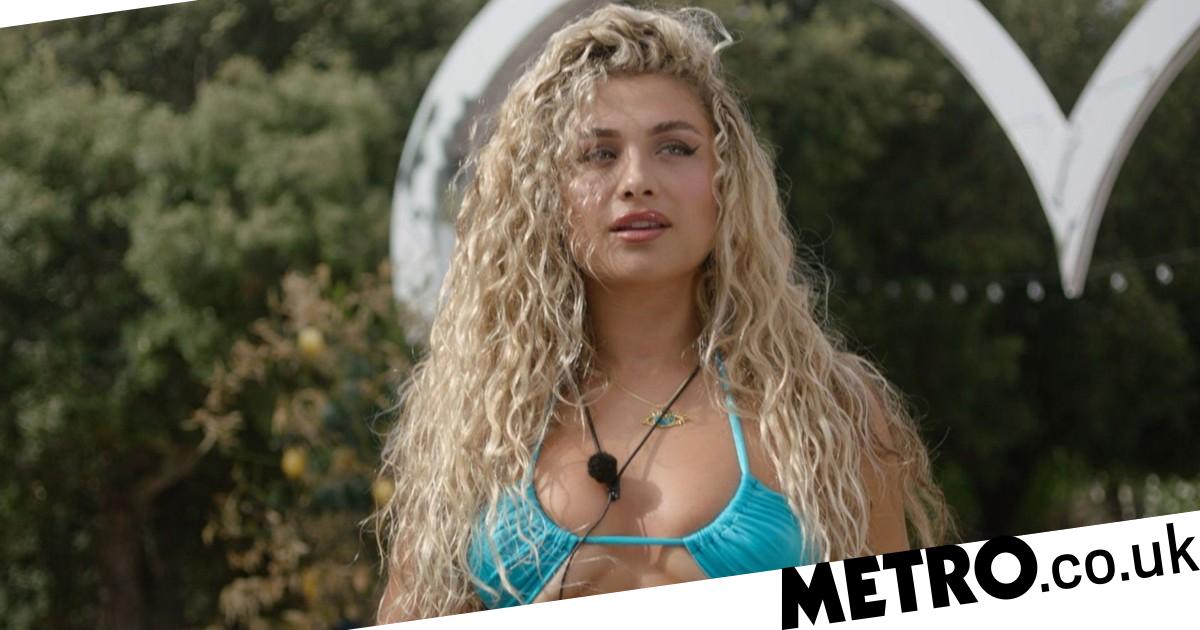 Love Island 2022 is giving us no shortage of new arrivals at the moment – with bombshell Antigoni Buxton among the latest to make their mark in the villa.

The new islander – who wasted no time in getting to know Davide, Dami and Jay on dates – has already spoken about her Cypriot background on the show, saying of her decision to take part: ‘I’m a Cypriot girl and I love being in the sun. I’ve got nothing to lose!’

But one thing which has got people talking is the origins of her unusual first name.

Just what does Antigoni mean and where does it come from? Here’s what you need to know…

What does the name Antigoni mean?

The name Antigoni – which can also be spelt Antigone – is of ancient Greek origin.

It’s been suggested that the name means ‘unbending’ – as it is a combination of the word ‘anti’, meaning ‘against’ or ‘opposed to’ and ‘gon’ which means ‘the corner’ or ‘the bend’.

However it’s also been interpreted as meaning ‘instead of mother’, once again using ‘anti’ but also the word ‘gone’ which in ancient Greek refers to a person who gives birth.

However, the name also has its roots in Greek mythology. According to Nameberry, Antigone was the daughter of Oedipus, who acted as his guide after he blinded himself.

Antigone was also the name of a 1944 play by French dramatist Jean Anouillh, inspired by the ancient Greek tragedy of the same name by Sophocles.

Who is Antigoni Buxton?

Antigoni,. 26 is a singer-songwriter, and the daughter of celebrity chef Tonia Buxton, a regular on the likes of GB News, This Morning and Sunday Brunch.

Antigoni is the daughter of Tonia Buxton, a celebrity chef, and regular on shows like GB News, This Morning, and Sunday Brunch.

She has been single for a year and a half and decided to enter the Love Island villa after a stint of saying ‘yes’ to everything to experience what life has to offer – hoping she will being positive energy to the villa.

Antigoni has said she isn’t sure who she has her eye on in the villa, but she has revealed one thing that would instantly put her off a person.

‘Someone who is stingy!,’ she said, ‘It’s not about money but I think being stingy is a character trait and it coincides with someone who is quite selfish with their time.’

Love Island continues on ITV2 on Thursday night at 9pm.