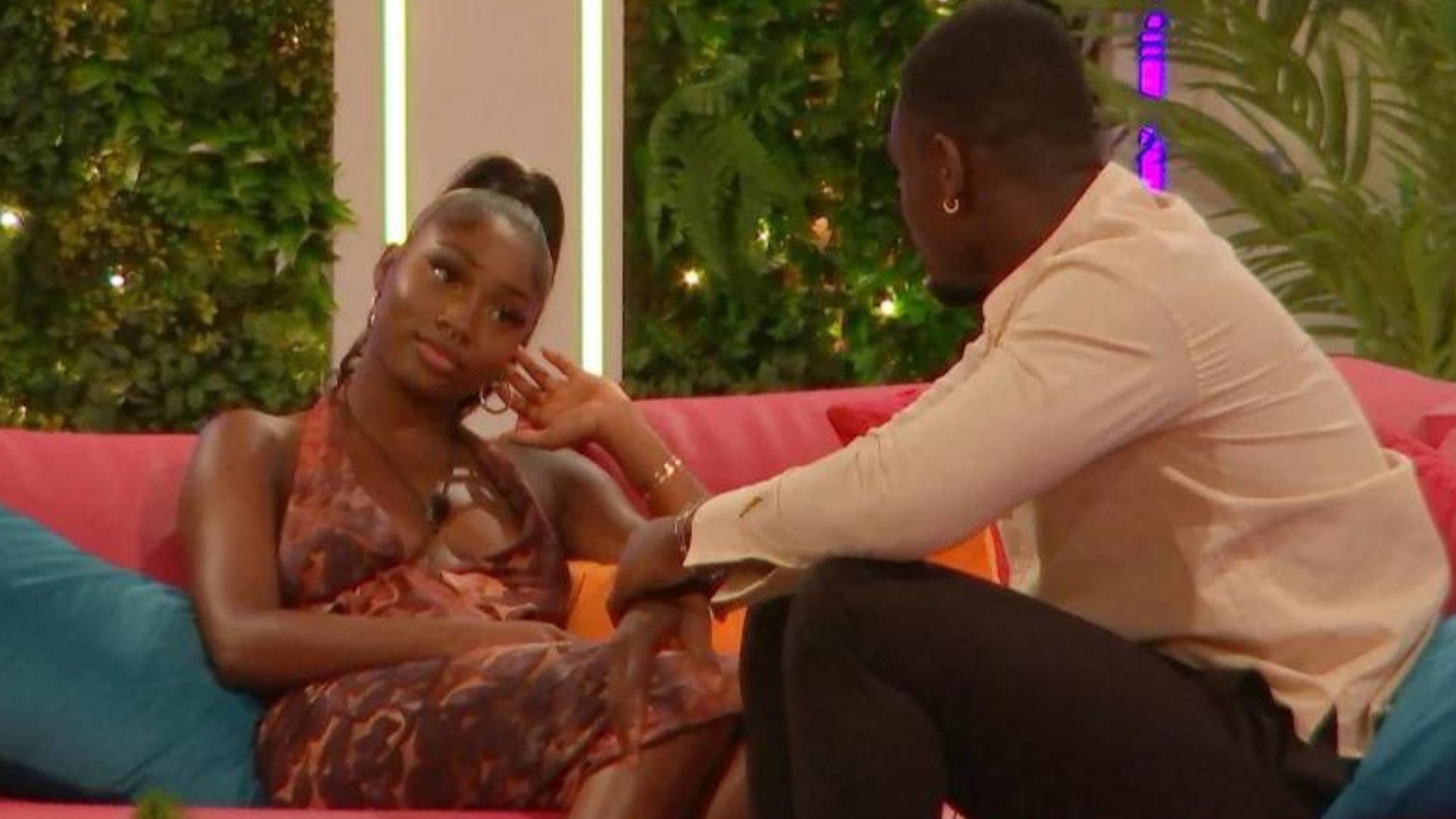 LOVE Island fans have all said the same thing about Dami and Indiyah as they shared a kiss.

Dami revealed he had feelings for Indiyah earlier in the week, but was unable to act on it while Ikenna was in the picture.

Indiyah did end up calling it quits with Ikenna, and Dami swooped in and revealed to Indiyah that he would like to get to know her on a more romantic level, despite being coupled up with Amber.

Dami made his feelings clear, telling Indiyah: “I kind of want you in my bed.”

After Ikenna and Amber’s exit, Dami and Indiyah waste no time in getting close.

In last night’s episode, they kissed each other in front of the group in a game of truth or dare.

After the game, Dami and Indiyah sat down together to have a de-brief.

He replied: “Yeah, I enjoyed you kissing me. That was fun. So what do you think?”

Indiyah responded: “Yeah, it was cool. It was fun.”

Indiyah said: “Really? You act well in front of a crowd.”

To which, Dami said: “I can act well privately.”

Then Dami finally leaned in towards Indiyah and kissed her.

Love Island viewers believe Dami and Indiyah could be this year’s winers.

Lewis tweeted: “I can’t believe we are gonna have to sit through six weeks when Indiyah and Dami have already won.”

One fan wrote: “Anyways if Dami and Indiyah don’t win Love Island I’m going to go to the island and fight someone.”

Molly tweeted: “Dami and Indiyah better win Love Island I love them both together.”