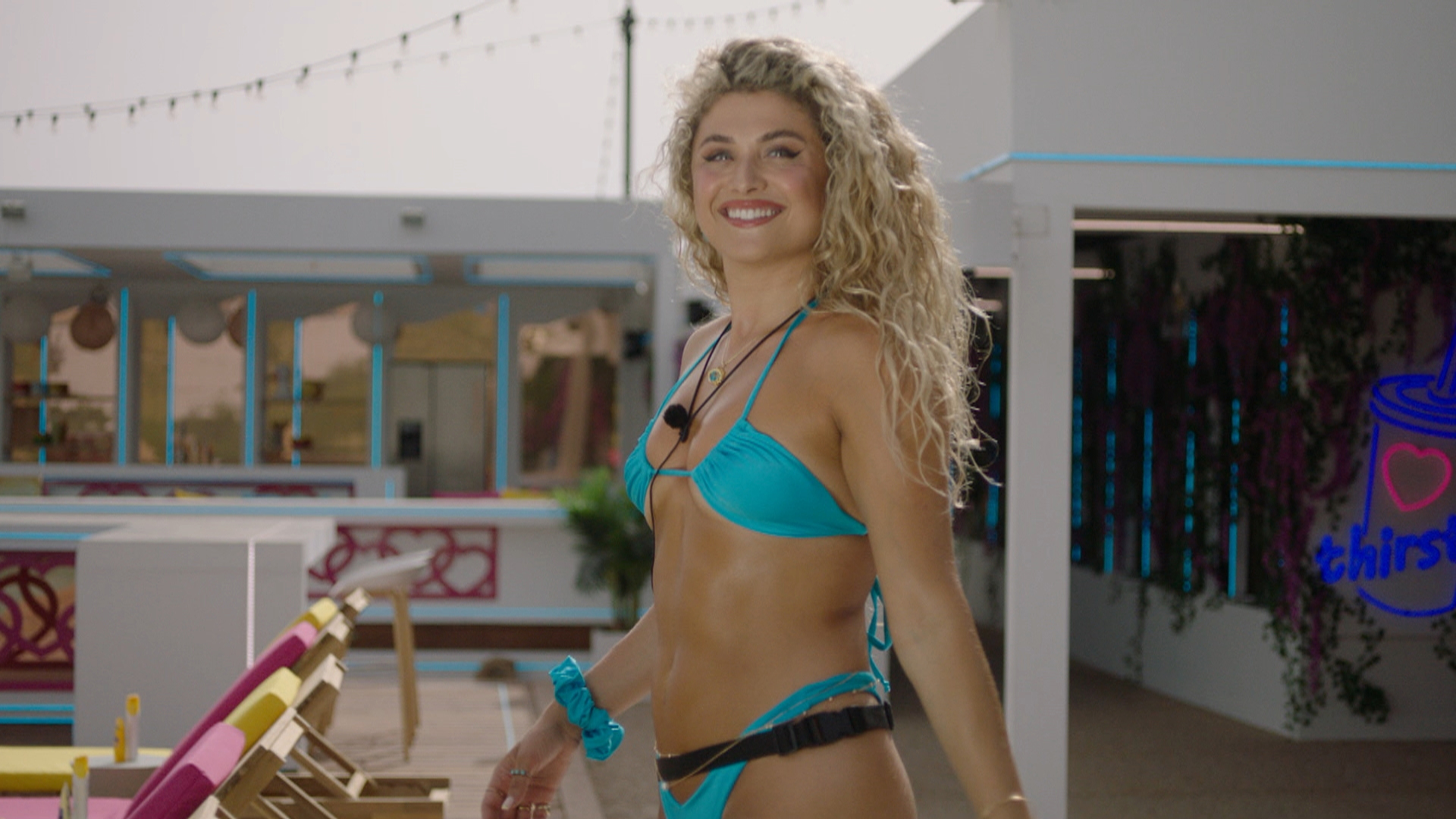 TWO bombshells will arrive in the Love Island villa tonight in a shock twist.

Last night viewers were given a glimpse of new girl Antigoni, but have been kept in the dark about a second arrival.

Spoiler snaps from tonight’s show reveal Antigoni on a date with Davide, Dami and Jay – but the new boy’s identity is yet to be revealed.

It means two couples are now under threat if sparks fly between Antigoni and either Jay or Dami while Ekin-Su and Indiyah wait back at the villa.

Tonight the Islanders are seen waking up to a new day in paradise – while Antigoni is making herself comfortable on one of the sun loungers outside.

The boys head into the garden and suddenly spot the new arrival sunbathing.

Dami then runs off to spread the news and the Islanders then all head outside and meet Antigoni for the first time.

Speaking in the Beach Hut about the arrival, Danica says: “She looks like a ray of sunshine – she’s radiant!

“But obviously I’m like, ‘What is going to happen next?’ Because I still haven’t found myself a man in here.”

Asked who she’s keen on, Antigoni says: “I’ll have to meet everybody. I’m very much the kind of person that I don’t know if I fancy someone until I’ve had a good chat with them.”

She catches the attention of Jay who appears to be having second thoughts about Ekin-Su.

Speaking in the Beach Hut, Jay says: “Seeing someone new in the Villa for the first time, it’s surreal!

“She’s a really attractive girl and I’m looking forward to getting to know her.”

Jay adds: “I feel like Ekin-Su and I moved so fast. I don’t want to leave here with a ‘what if’ in my head.

“I want to leave here knowing that I explored all options.”

The Islanders are getting ready for the evening when Ekin-Su receives a text which reads: “Girls, it’s time to get glam as tonight you’ll be welcoming a new boy into the Villa.”

The new boy soon makes his entrance as the girls head out into the garden to get to know him, while the boys watch on from the terrace.