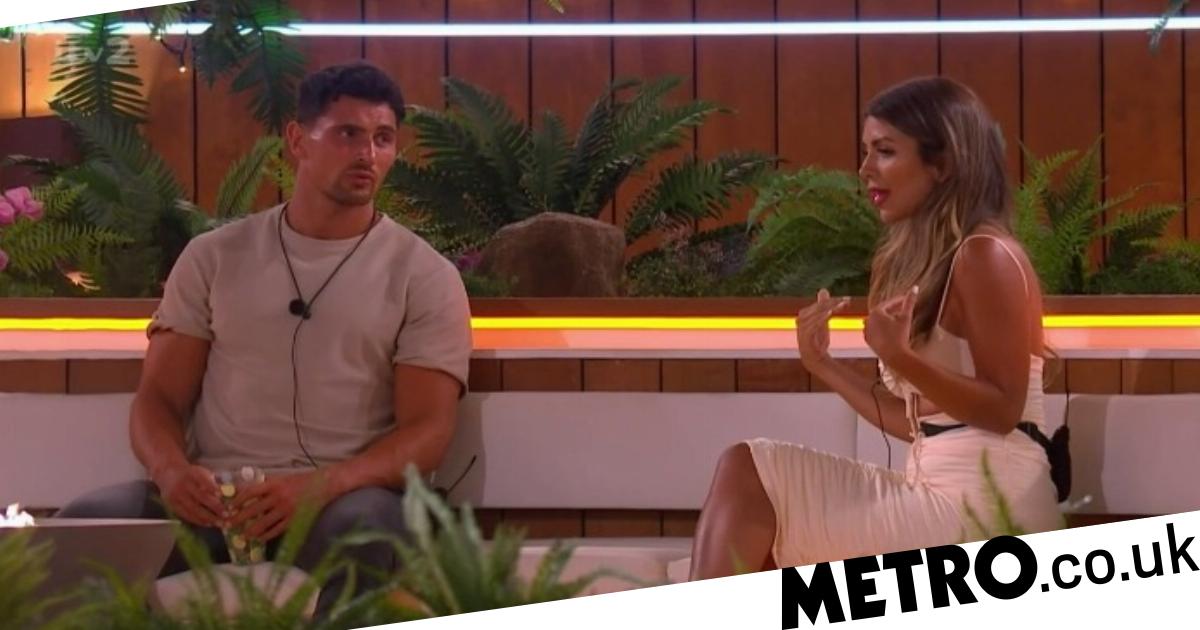 Love Island couple Jay Younger and Ekin-Su Cülcüloğlu’s relationship will hit the rocks tonight as he finally reveals he’s interested in getting to know Paige Thorne.

Jay and Ekin-Su have ramped up the flirting in recent days after the Scot entered the villa as a bombshell last week with Remi Lambert.

The pair shared sneaky kisses on the terrace before their romance was discovered by Davide Sanclimenti, which left the Italian stallion furious.

But while Ekin-Su has been clear about her attraction for Jay, fans have seen the finance worker reveal to the boys he’s interested in Paige.

Tonight, things will finally come to a head when Jay decides to tell Ekin-Su the truth about where his attractions lie, which doesn’t go down too well…

Speaking with Ekin-Su at the fire pit, Jay says: ‘Obviously, you’ve probably sensed that I’ve been a bit off today and yesterday and it’s just because I want to be honest with my feelings.

‘I feel like because I moved so fast with you I didn’t get the chance to explore getting to know one Islander in particular here, which is Paige.’

Ekin-Su admits she’s ‘shocked’ by his revelation, leading Jay to respond: ‘I wanted to tell you first because I respect you and I owe you the respect.’

While Ekin-Su takes the news well and tells Jacques O’Neill of his intentions to chat with Paige, the Turkish soap actress soon has a change of heart.

She says: ‘First of all, I take everything back that I said here. I was calm, collected and it just hit me now what you have done. You knew at the recoupling to stay safe that I would pick you. You could have got to know Paige from day dot.

‘Why would you open up to me? Saying all these cute things like “my head wouldn’t turn”…’

But as she voices her opinion around the Villa, how will her fellow Islanders react to her frustrations?