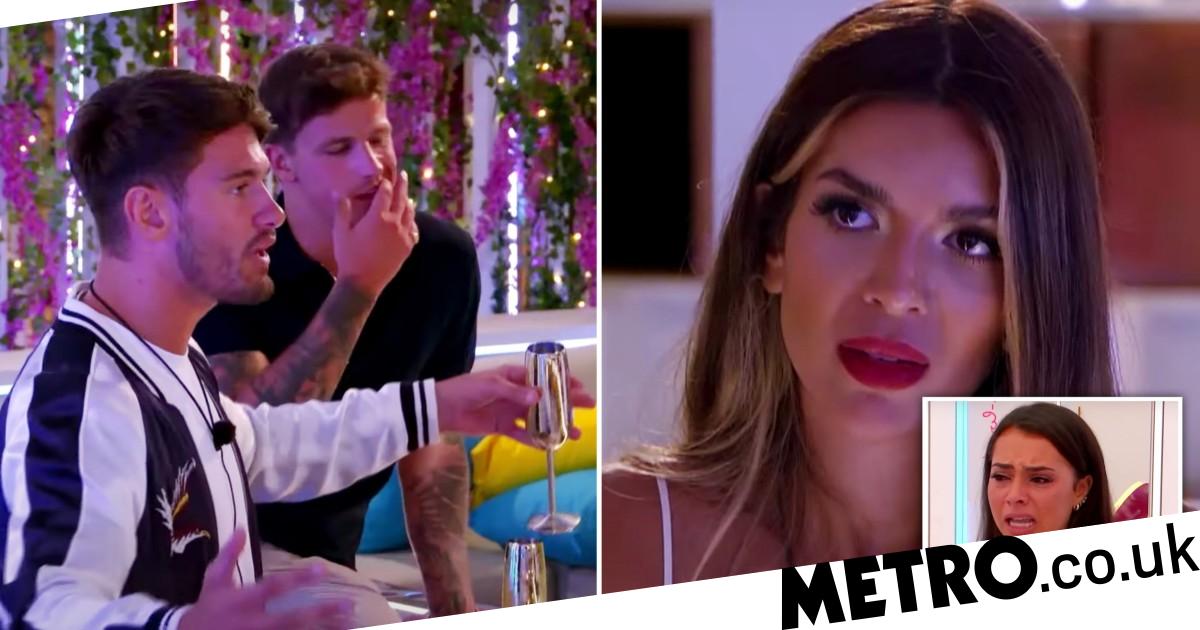 Jay Younger isn’t the only one who’s set to butt heads with Ekin-Su Cülcüloğlu on Love Island, with a teaser revealing that Jacques O’Neill is also going to become embroiled in a heated row with the soap actress.

What’s more, paramedic Paige Thorne will be unwittingly caught up in the middle of the drama, breaking down in tears over the possible breakdown of her relationship.

During tonight’s episode, Ekin-Su is going to confront Jay in an explosive altercation after finding out he wants to get to know Paige on a romantic level.

Before their argument, Jay spoke to Jacques to open up about his intentions – and the rugby player didn’t seem to mind at all that Jay was interested in pursuing his partner.

‘Jay just pulled me for a chat then. He said he was going to get to know you. I was like, “Yeah, sweet”,’ Jacques told Paige, as she smiled awkwardly.

Continuing in the Beach Hut, he said: ‘You can’t go wrong with honesty. It’s either going to make us worse or better us, and I’m a big believer in things happening for a reason, so in the next few days we’ll see how things unfold.’

Ekin-Su accused Jay of leading her on, describing him as ‘muggy’ for going after Paige despite her being in a ‘secure relationship’.

However, rather than try to deter Jay from potentially leading Paige away from him, Jacques continued to back up the investment analyst.

Speaking to Ekin-Su in the kitchen, Jacques scathingly told her: ‘He coupled up with you, and he found out what you are in two days mate – a f**king headache.’

After Ekin-Su implored him to ‘shut up’, he added: ‘That’s what he’s doing it for. He’s getting to know people, why can’t people get to know each other?’

While in their dressing room, Tasha Ghouri could see that something was bothering Paige, despite her insisting that she was ok.

However, Paige couldn’t hold in her emotions any longer, crying as she said: ‘Just the whole Jacques saying, he’s like, “Yeah, go and have your conversation with Jay and whatever.” I’m just like, but it’s not really what I want.

‘I’m just a bit like well are you pushing me that hard because you’re not feeling the same way? You either have all my effort or none of it.’

Will Jacques’ easygoing manner cause cracks to appear in his relationship with Paige? And are Jay and Ekin-Su done for good?