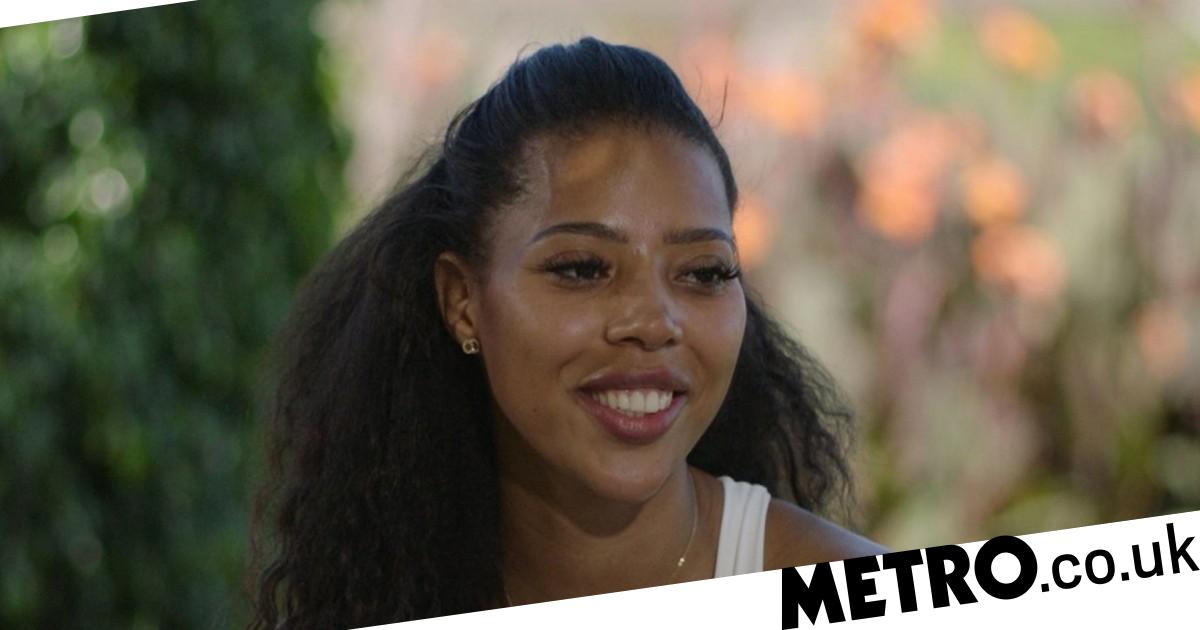 It felt like Amber, 24, was just getting into her stride as a polarising member of the villa, peaking with her tense blow-up argument with fellow islander Ekin-Su Cülcüloğlu who she accused of game-playing.

Amber’s hot-and-cold romance with Dami Hope was also on the verge of breaking down as he secretly confessed his feelings for Indiyah Polack, despite her being coupled up with Ikenna.

The whole love square drama promised to be entertaining viewing as Dami and Indiyah’s romance was set to be revealed, but it ended on an anticlimactic note with Amber being dumped from the villa before things could really kick off.

Our body language expert Judi James explains why the public made the wrong choice in the public vote that resulted in Amber packing her bags.

‘If the viewer vote is going to sway this entertaining series then we need to get a bit smarter than voting out islanders like Amber,’ she told us.

‘It’s the drama that keeps us gripped and Amber was about to be central to two of the biggest plotlines. Plus she was a body language rarity on Love Island: an islander who actually seems to be coming up with some congruent, authentic body language reactions.’

Judi feels this current series of Love Island has been one of the ‘least fake’ yet, making it ‘much more relatable’.

‘So what if Amber rolled her eyes now and again?’ she said. ‘So would most of us if we suddenly found the likes of Ekin-Su invading our beach holidays with her soap-style performances that Amber was clearly seeing through.

‘She was also beginning to call Ekin-Su out on some of her plot constructs too, which none of the others seem to be able to dare to. Jay does seem to be slowly working out that he is a bit-part actor in some romantic set-up but it’s Amber who was clearly able to take the accusation to Ekin-Su and that was a battle we needed to see more of.’

Judi also thinks that Indiyah ‘got off lightly’ with Amber who would have found out about her exploring a connection with Dami only once she left the villa.

The expert explained: ‘[Indiyah] and Dami just skipped off into the sunset together and as much as I love a happy ending, how much more exciting would that plotline have been if Amber had still been in there, making them feel awkward and maybe a little bit guilty?’

Offering her final thoughts, Judi said: ‘Viewers voting at this stage need to remember that they’ll be the ones complaining if the series starts to dip a bit. A popular islander is not always the most interesting islander so we need to vote wisely as this is a very long series.

‘Turn it into a popularity contest in the last few days but until then keep the plotline buzzing.’

Love Island airs every night at 9pm on ITV2.