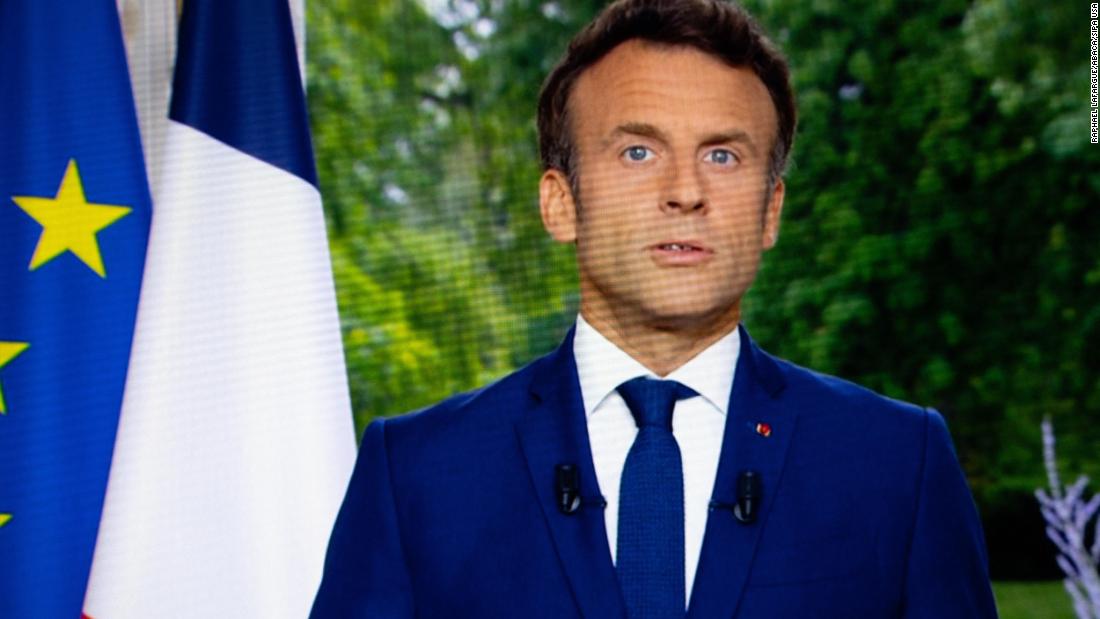 Speaking in a national address on Wednesday, Macron said he recognized the “deep fractures” in the country.

“I cannot ignore the fractures, the deep divisions that run through our country and that are reflected in the composition of the new [National] Assembly,” he said.

French voters elected a parliament without an absolute majority for the first time in decades on Sunday, robbing Macron of the legislative backing he has enjoyed for his first term in office.

The president’s party remains the largest bloc, but now requires the collaboration of other political groups to pass legislation.

Highlighting the recent experiences of Germany and Italy, Macron said that “no political force can make laws alone.”

“We must collectively learn to govern and legislate differently,” he added.

After meeting with the leaders of the opposition political blocs, Macron said that “the majority” had expressed a desire to avoid a “blockage” in the National Assembly.

Macron’s Ensemble! bloc won 245 seats on Sunday, short of the 289 seats required for an absolute majority in the French National Assembly.

On the other end of the political spectrum, Marine Le Pen’s far-right National Rally party meanwhile won a record 89 seats, putting it in third place.

Macron, who won a second term in presidential elections in April, will become the first sitting French president without a parliamentary majority since a 2000 electoral reform.

He now enters an unknown territory of negotiation and compromise after five years of undisputed control.

His coalition is expected to try and form alliances with other political parties, including reaching out to the traditional right, which came fourth on Sunday.

France could be thrown into political paralysis if he fails to make alliances. But it could also mean Macron will struggle to pass his legislative agenda, including an unpopular plan to raise the retirement age, along with plans for deeper integration with the European Union.