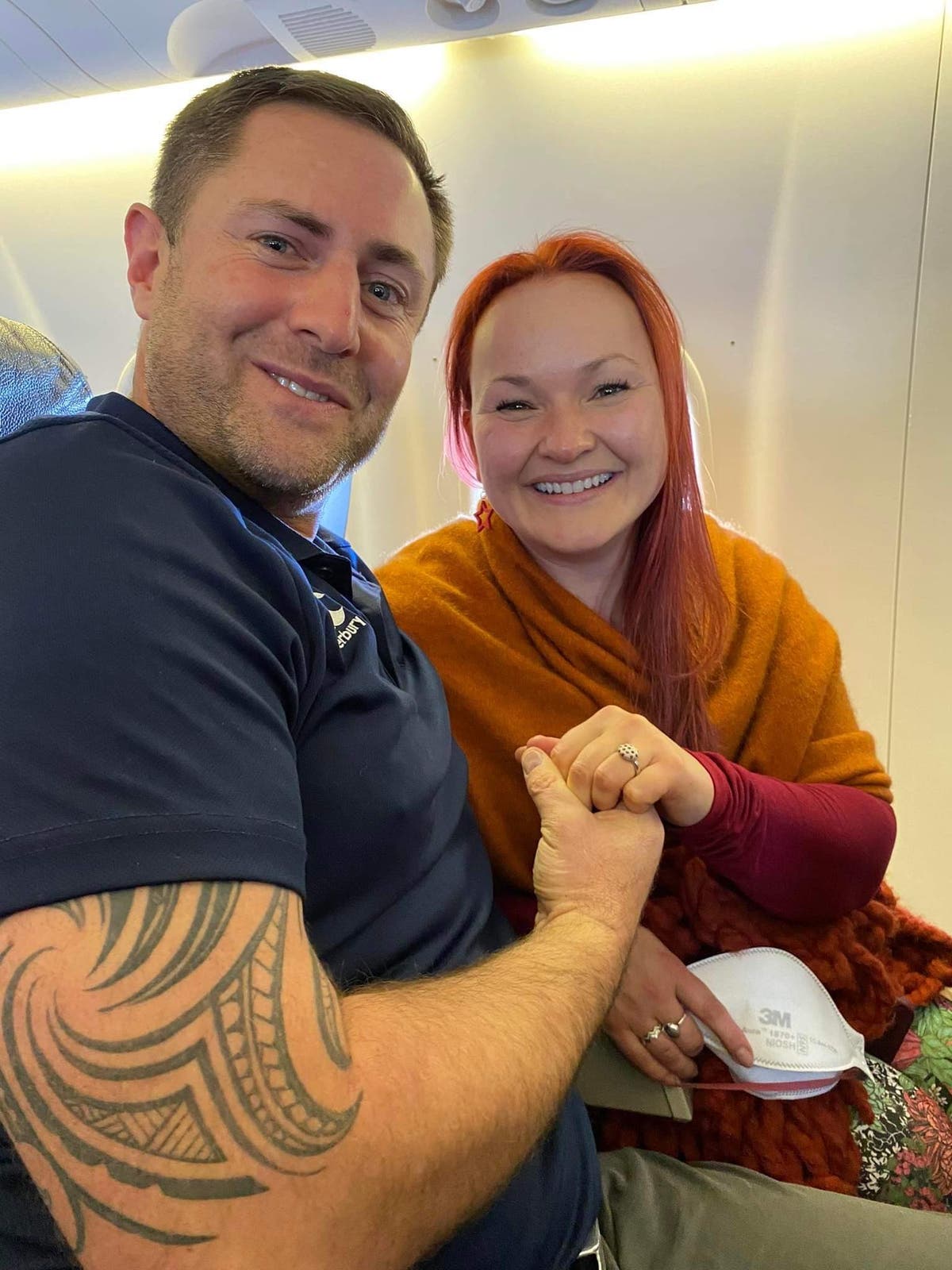 A man proposed to his girlfriend at 30,000ft on an Air New Zealand flight on Friday, with 50 fellow passengers watching to see what her answer would be.

Shaw Elmsly got down on one knee on an hour-long domestic flight from Nelson to Christchurch to pop the question, enlisting the help of cabin crew to ensure it went smoothly.

Shortly after the drinks service, Mr Elmsly arranged for a flight attendant to ask girlfriend Amy Langfield to come up to the front of the plane.

“She goes, ‘It’s a private matter, you have to come up front’,” Ms Langfield told New Zealand news website Stuff.co.nz. “I was like, ‘What?’”

She was initially concerned there was something wrong with her booking.

However, when Ms Langfield got to the front of the cabin, she saw that Mr Elmsly had followed her. He knelt down and asked her if she would marry him – lucky for him (and everyone else onboard), she said yes.

“The peer pressure of everyone on the plane watching… I was like, ‘I’ve got to answer this’,” said Amy on arrival at the airport.

In a video for Stuff, Mr Elmsly shared happy photos of the couple, explaining that he had moved to Nelson from Tauranga for a “fresh start” and met Amy – who is originally from the UK – in the new city.

“Ever since, we’ve been inseparable,” he told reporters, “and from the moment I met her, she’s just made me feel safe and secure.”

“How is Amy going to react?” he said prior to the proposal. “I really think she’s going to be overwhelmed and quite in shock just due to the disbelief.”

In the video, the flight attendant is seen making her announcement before Mr Elmsly gets down on one knee at the front of the aircraft’s aisle.

“Hey Amy… surprise!” says Mr Elmsly as he positions himself on one knee. “I have absolutely no words, but – you know how much I love you, so…”

After he produces the ring, a surprised Ms Langfield nods and says yes.

Other passengers cheered, clapped and filmed the moment as the pilot made an announcement congratulating the couple.

Cabin crew then provided heart-shaped lollies to all onboard, as well as cards for any well-wishers on the plane who wanted to write the couple a good luck message.

The newly engaged pair then landed in Christchurch for a weekend away where they plan to celebrate.

She said the Air New Zealand team had made the occasion really memorable: “They gave all the passengers message cards and got loads of best wishes messages. So cute.”

Mr Elmsly said he had been working on the proposal for three months with Air New Zealand, and was satisfied that it “went off without a hitch”.

“It was awesome – couldn’t have asked for better,” he said.

“I think I managed to pull it off.”