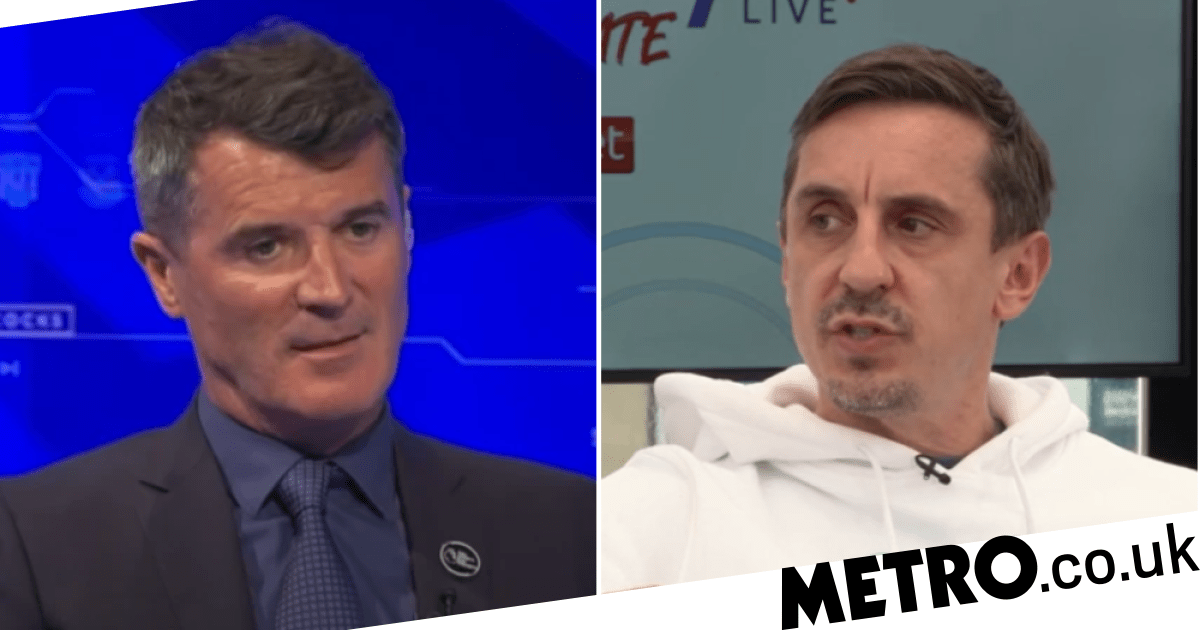 Roy Keane and Gary Neville have predicted who will finish higher in the Premier League this season between Manchester United and Arsenal.

Arsenal finished 11 points ahead of Man United last season but still failed to secure a top-four spot after relinquishing the position to north London rivals Tottenham.

The Gunners, hoping to break back into the Champions League, have bolstered Mikel Arteta’s squad this summer with the likes of Gabriel Jesus, Oleksandr Zinchenko and Fabio Vieira.

‘United have the De Jong situation which is dragging on, the Ronaldo situation which is a distraction, causing them disturbance and will distract the manager in his press conferences, taking away the ethic he’s built in that pre-season tour.

‘There’s definitely more questions on United because they haven’t got their business done and their star player is in a position where he might leave. You have to say Arsenal.’

Keane, meanwhile, said: ‘Manchester United. Arsenal got a lot of plaudits last season with their young players and got themselves in a great position and blew it. They didn’t get the job done. They couldn’t back it up.

‘There is something still amiss at United as well but from a footballing point of view my head is saying if United can tidy up that little mess over the next few weeks and get one or two players over the line then they’ll be pretty decent.

‘Manchester United should be able to compete with Arsenal, Chelsea and Spurs.’

Arsenal kick-started their Premier League season with a 2-0 win over Crystal Palace on Friday night, while Manchester United meet Brighton in their opening fixture on Saturday.