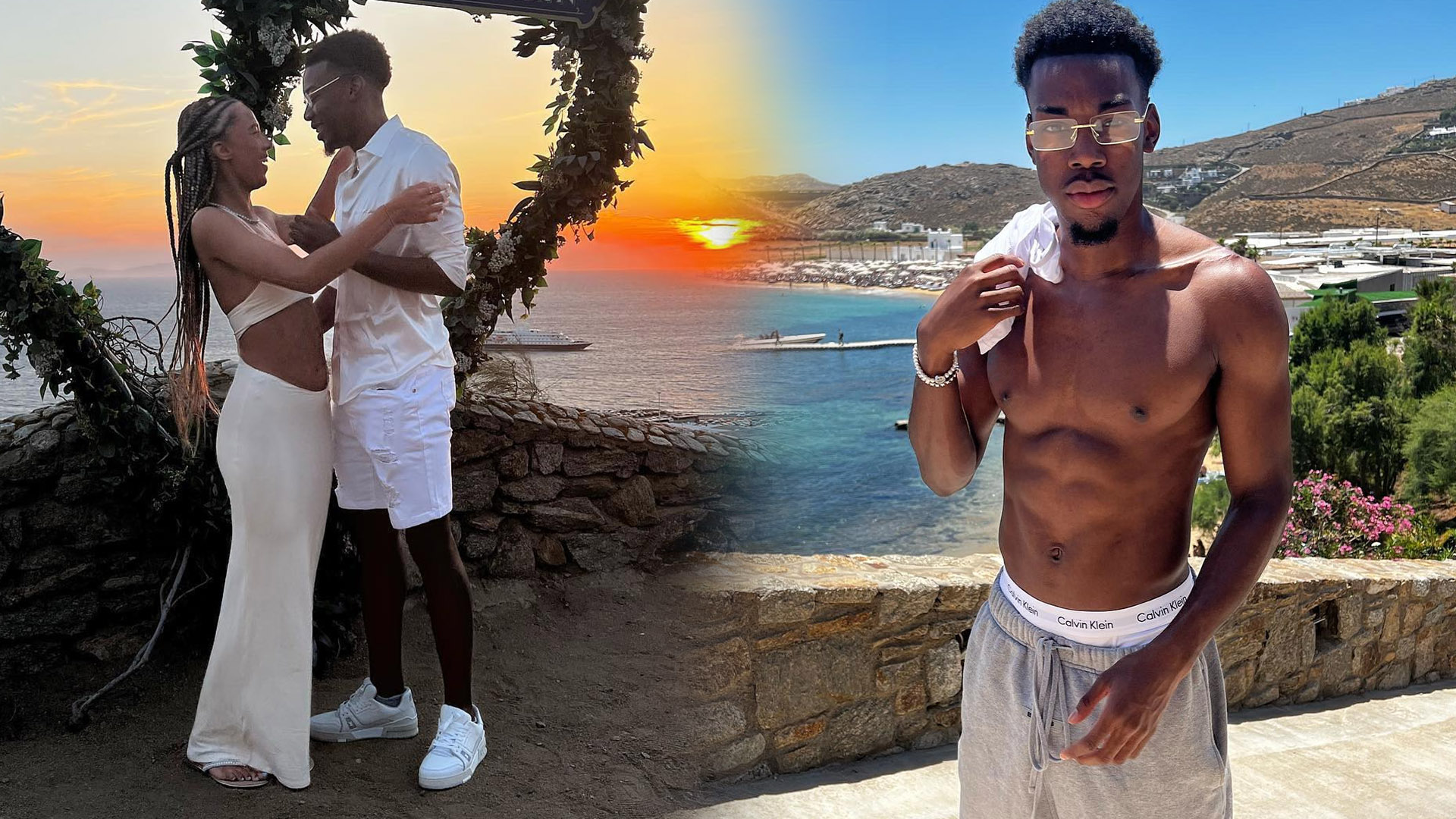 ANTHONY ELANGA is making the most of his last few days off by enjoying a holiday in Mykonos with his stunning girlfriend.

Elanga and partner China Navana, both 20, are also joined on the Greek island by Rangers starlet Alex Lowry and his Wag Jess.

The romantic couples jetted off last week and are clearly loving the sunshine, relaxing by the pool, exploring the island and even splashing around on jet skis.

Elanga took to Instagram on Thursday to give his 980,000 followers a sneak peek into his trip.

The photos included selfies with China, tucking into some local grub, the beautiful sunsets and even one of Elanga shadow boxing underwater.

The Red Devils ace only finished his season on June 12 after featuring in three Nations League matches for Sweden, scoring in the first against Norway.

That took his tally to four goals for the campaign after his efforts against Brentford, Leeds and the late equaliser away at Atletico Madrid.

Now the academy graduate is having some time to relax before hitting the ground running when he returns for pre-season – and will want to waste no time in impressing new manager Erik ten Hag.

Unsurprisingly for June, Elanga’s United team-mates have also been flying around the world to soak up those rays during their brief stint off.

Cristiano Ronaldo headed out on a private jet to a luxury villa in Majorca with his family.

But it did not all go to plan as his £1.7million Bugatti Veyron was involved in a crash.

Jadon Sancho popped to Jamaica and then linked up with England pals Mason Mount and Tammy Abraham in Los Angeles.

But Marcus Rashford refused to switch off completely – stopping off in Portland, Oregon for some extra fitness training.