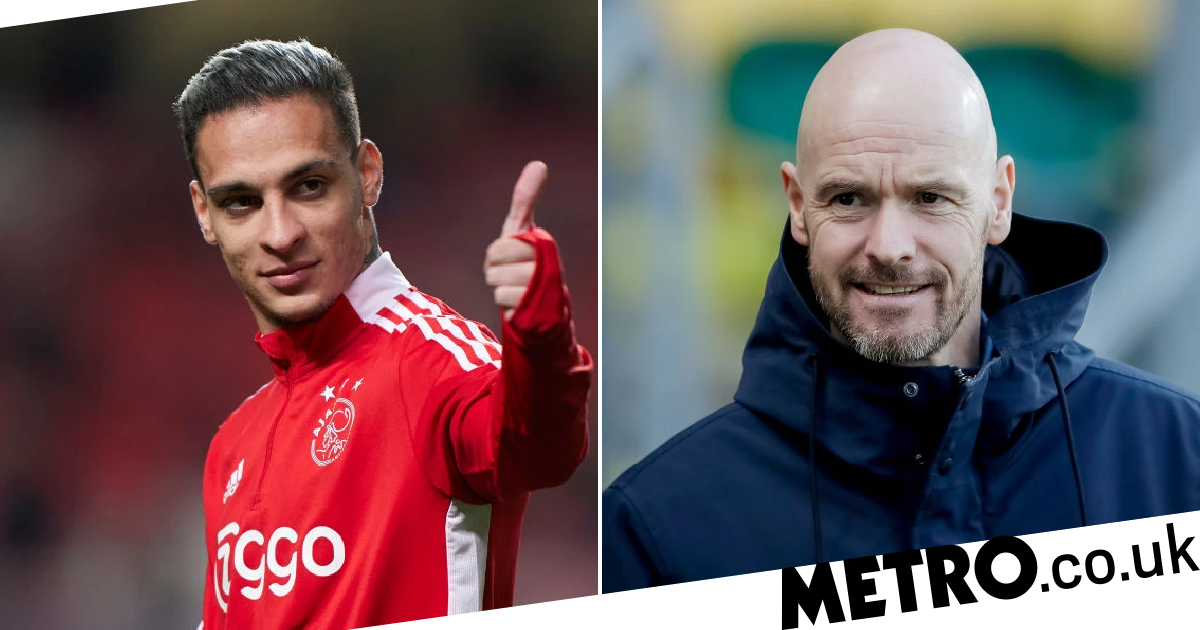 Ajax winger Antony has made it clear to Erik ten Hag that he wants to join his former boss at Manchester United this summer.

The Brazil winger thrived under the Dutchman in Amsterdam, winning two league titles and one Dutch cup during their two seasons together.

Antony, 22, became a Brazil international since moving to Ajax and he credits Ten Hag for the improvements in his game.

Ten Hag wants to add to an attack that has lost Jesse Lingard, Juan Mata and Edinson Cavani this summer and Antony is capable of playing from both flanks, though he prefers to operate from the right.

United are currently occupied in talks with Barcelona for Frenkie de Jong but they will move on to other targets if and when a deal is completed for the Dutchman.

And their pursuit of Antony has been given a huge boost as Goal report that he has said ‘yes’ to a move to Old Trafford.

Antony has made it clear to United that he wants a move to the club and that the Theatre of Dreams is his preferred destination.

Ajax, though, will demand in excess of £50m for the Brazilian and they’re reluctant to sell having lost Sebastian Haller to Dortmund in a £33m move.

They will, however, reluctantly accept a deal in the region of £50m as that would be too high an offer to reject.

It remains to be seen if United will sanction a deal of that proportion, as Ten Hag also wants to sign an additional midfielder to De Jong, a centre-back and a right-back.