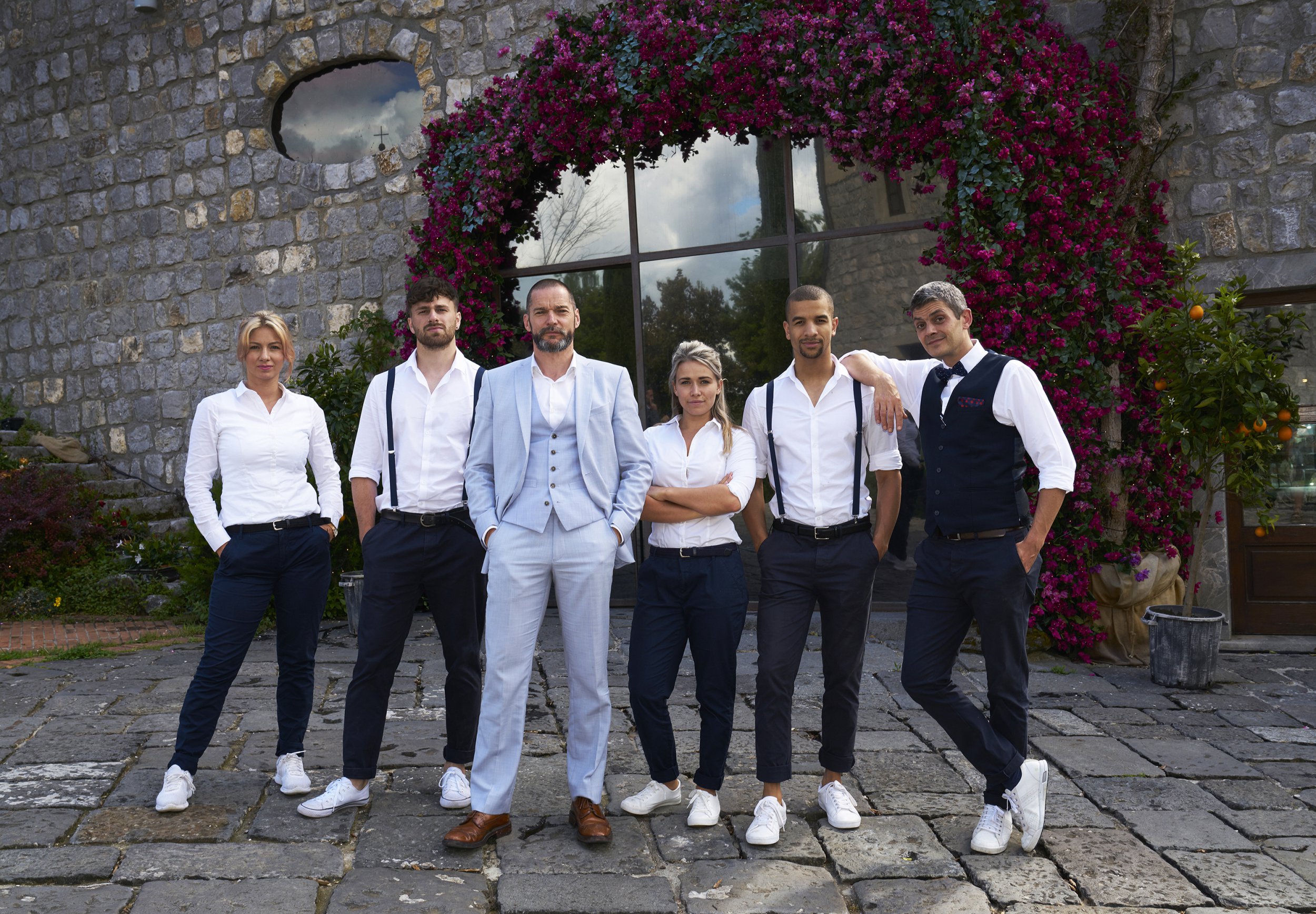 If there is one thing television doesn’t need, it is a First Dates Expanded Universe. The original is a work of wonderful, stunning simplicity, featuring awkward strangers looking for love and maître d’ Fred Sirieix looking for an excuse to be charming. We had a good thing going – why complicate it?

Such reservations melted away like a freshly unwrapped Cornetto in the Italian sun as First Dates Hotel returned for a hard-to-credit seventh season (reality TV seasons feel like the equivalent of dog years: they clip by so quickly, it’s hard to keep up).

The show was essentially First Dates with a wheelie suitcase. The DNA of the franchise was intact. It was all about chemistry, connection and Sirieix hovering in the background, a burly, beaming matchmaker extraordinaire.

The lack of gimmickry was a relief. From Sexy Beasts (dating plus animal costumes) to Love Island (dating plus long-term imprisonment), nowadays a dating show can never be just a dating show. First Dates and its spin-offs are the exceptions. Here, the goal genuinely does seem to be to bring people together rather than exploit their romantic woes.

First Dates has made a star of Sirieix. But the new series deployed him sparingly; part of the furniture rather than the main event. His biggest interjection was to object to the placing of the statue of a classical Roman figure in the hotel on the grounds of its extreme tackiness.

With Sirieix fluttering in the background, we were introduced to Gareth and Juliet, each of whom had been through their ups and downs. They were both from South Wales; Gareth was divorced and his seven-year-old son asked why he didn’t have a new “friend” like his mum. Juliet, his date, was also a parent and was looking for “an action man… dark hair and beard”.

They hit it off and later we saw them having a snog – which seemed prurient on behalf of the camera crew (did they have to follow them back to their room?).

The episode also introduced Sandy, a 60-something taxidermist whose last date was “39 years ago”. She was paired with dog lover and former sailor Ray, who, at 70, felt he was more or less in the prime of dating life. “I still get pleasant feelings. I wouldn’t say it was butterflies. More like moths these days.”

Love did not blossom – though Ray’s confidence was reinvigorated: in the afterword we learned he had embarked on a new relationship at home.

Finally, there was Ruesharn from Tottenham, and Alvin, who had spent part of his childhood in Mauritius and who had been bullied horribly. They had a lot in common – for instance, they had each come out to their families via email. They also both seemed quite shy – and Ruesharn was delighted when Alvin revealed he was up for meeting again.

“Any time I’ve gone on a date with someone attractive, they’re not the nicest of people,” said Ruesharn. Back home, they’ve exited their “Friend Zone”, we learned. Gareth and Juliet had, however, moved on and were now just pals.
There was nothing sensational about any of this. First Dates Hotel instead brought together likeable people who’d been dinged about slightly by life and invited us to pull up a stool and eavesdrop but not to judge them.

It doesn’t reinvent the relationship wheel – and plonking them in Italy hasn’t changed the formula. But this dating show has something many of its rivals lack: its heart is in the right place.

‘The Lord of the Rings: The Rings of Power’ Episode 4 Recap: Who is the Burned Elf?