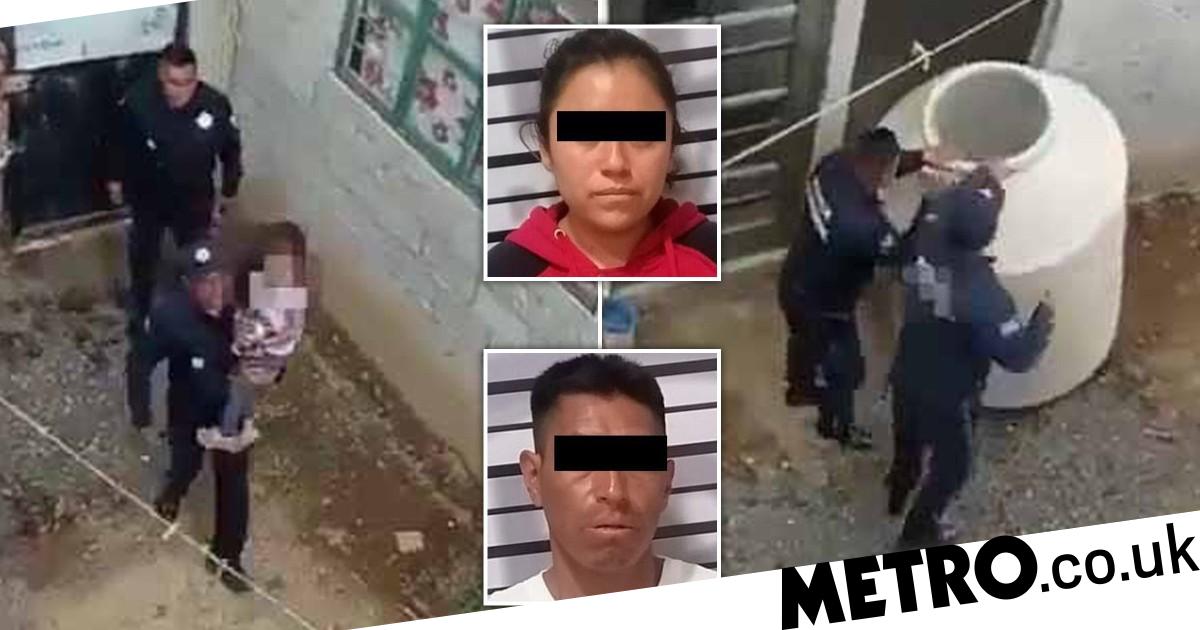 This is the shocking moment a three-year-old girl crying for help was freed from a water tank after her parents allegedly abandoned her inside.

Footage shows the little girl sobbing as she crawled out of the five-foot tall tank after two police officers gently lowered it to the ground.

She reportedly told them ‘mom and dad don’t want me’ during the rescue in Valle de Chalco, Mexico, on June 18.

Concerned neighbours had called the police to inspect the backyard after hearing the child’s heartbreaking cries for help.

They could be seen standing on the other side of the high fence as officers helped the youngster.

The child was clutching a plush toy in her little arms as she was comforted.

Her mum, María Lucila, and her stepdad, Javier, were both immediately taken into custody after they returned home.

Lucila claimed there was no one to watch their child while they went to work, so they thought of ‘safekeeping’ her inside the empty tank.

One of the officers said: ‘The girl’s mother and stepfather arrived on a scooter while we were preparing to take her. We arrested them for mistreatment of minor.’

The couple were taken to the police station but posted bail of $245 each and were later released.

Their daughter was found to be in good health and did not have any physical injuries.

Officers took her to social services, where she will be kept during the investigation.

Why the world needs to do more to protect its oceans

Love Island: Tasha breaks down in tears as she confronts Luca and Dami