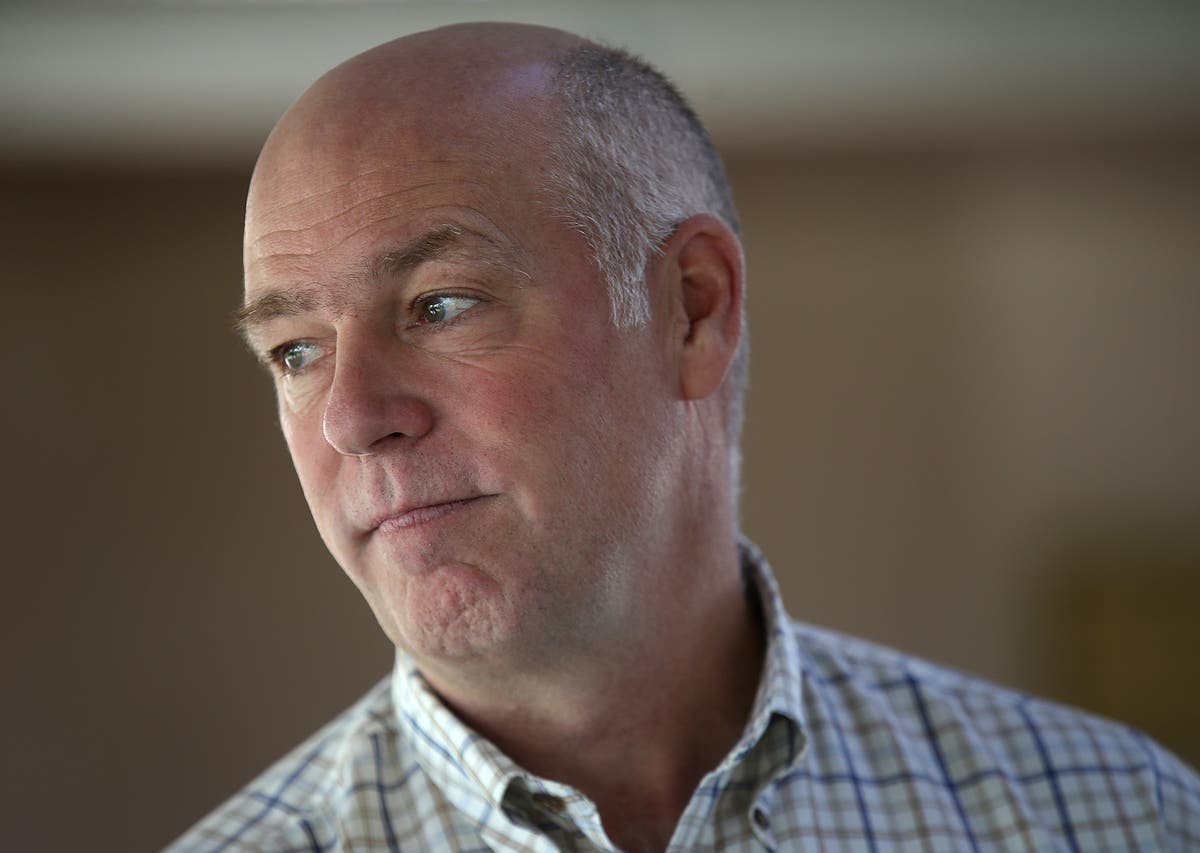 Montana governor Greg Gianforte has returned to the state following backlash over going on a “personal trip” while the region faced historic flooding this past week.

Earlier this week, Montana homes slipped into the Yellowstone River, hundreds of people were evacuated and entire cities were forced to ration water supplies after treatment plants became swamped from the flooding that swept through the state and neighbouring Wyoming.

Local reporters began wondering where the governor was after noticing that the state’s lieutenant governor Kristen Juras signed a declaration of disaster on Tuesday in lieu of Mr Gianforte in response to the damage caused by the historic flooding.

On Wednesday, Mr Gianforte tweeted: “After working with FEMA yesterday to pursue an expedited presidential major disaster declaration for flooding in our state, we today submitted our formal request to @POTUS.”

The statement prompted many of his followers to quip “Who is this ‘we’” alongside memes of “Where’s Waldo”.

Though Mr Gianforte’s social media presence, such as his government Twitter account, would lead a casual observer to believe the governor is in-state, a spokesperson for the governor confirmed to the Montana Free Press that he left the country last week, before the flooding began.

“The governor is returning early and as quickly as possible,” spokesperson Brooke Stroyke said in a statement on Wednesday.

Mr Gianforte finally returned to Montana on Thursday night from what his office said was a vacation with his wife in Italy.

But he found himself facing a torrent of criticism for not hurrying home sooner and for not telling the public his whereabouts during the emergency.

“In a moment of unprecedented disaster and economic uncertainty, Gianforte purposefully kept Montanans in the dark about where he was and who was actually in charge,” said Sheila Hogan, executive director of the Montana Democratic Party.

This week, large swaths of Montana became overwhelmed by flooding from the Yellowstone River after intense rains, an unseasonably warm spring, and heavy snowmelt combined to make the body of water surpass its previous record high water level by at least two feet, according to the US Geological Survey.

The record flooding in the state forced the closure of Yellowstone National Park, while roads, bridges, and communities across the state’s south were devastated by the unprecedented disaster.

5 Reasons to Refinance Before the Fed Meets in July

Stephen Breyer will retire this week, paving way for Ketanji Brown Jackson to be sworn in as Supreme Court justice

Sam Asghari on his ‘surreal’ marriage to Britney Spears

Quick Area - June 29, 2022 0
It’s official: the chaos of last-minute flight cancellations seen in recent months has reached such a fever pitch that the Department for Transport (DfT) and Civil Aviation Authority (CAA) have stepped in, warning...
Read more

Quick Area - June 29, 2022 0
A Norwegian Cruise Line ship struck an iceberg in Alaska on Saturday, while sailing through an area of fog.The Norwegian Sun was en route to the state’s Hubbard Glacier when it entered a...
Read more

Quick Area - June 29, 2022 0
Air New Zealand has unveiled its designs for new economy bunk beds that will be bookable on flights from 2024.The “Skynest” sleep pods are stacked three bunks high and will be available to...
Read more