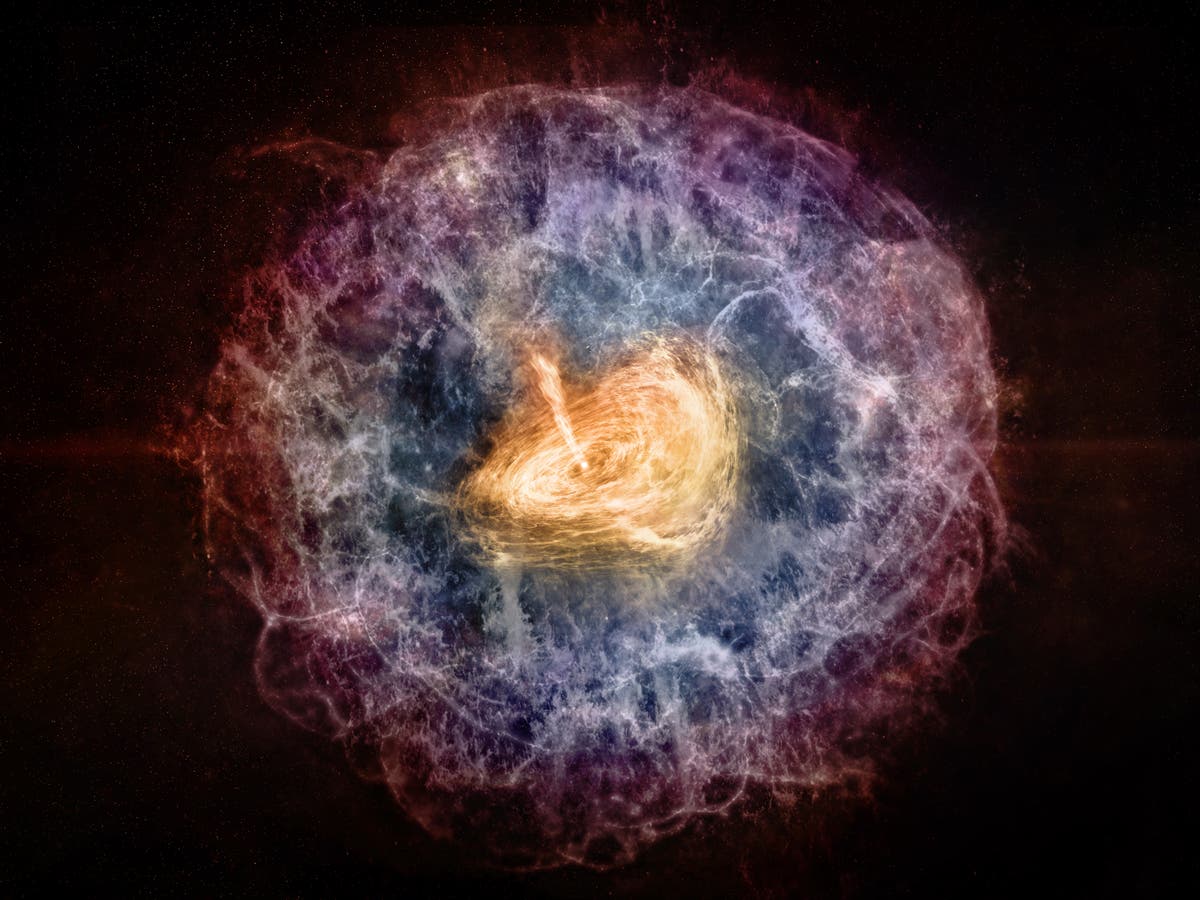 The most powerful pulsar ever discovered may have just shed its mask and announced its presence on the scene.

Pulsars are spinning neutron stars, the dense remnants of formerly giant stars that have gone supernova, and their enormous magnetic fields power regular radio bursts that are among the brightest signals in the sky.

But the pulsar VT 1137-0337 didn’t show up on radio telescope surveys as recently as 1998. It wasn’t until 2018 that the pulsar’s bursts showed up in the Karl G. Jansky Very Large Array (VLA) Sky Survey (VLASS), and it’s shown up every time astronomers have looked since.

There’s two reasons for the recent emergence of the pulsar, according to research presented Wednesday at the 240th meeting of the American Astronomical Society in Pasadena, California. The first is the pulsar’s age.

“Based on its characteristics, this is a very young pulsar,” Caltech professor of astronomy Gregg Hallinan said in a statement, “possibly as young as only 14 years, but no older than 60 to 80 years.”

The other reason is that until recently, the pulsar was hidden from view by the remains of the giant star that exploded before forming the pulsar. The star stuff violently thrown outward by the supernova explosion was blocking the radio bursts until the material — the majority of the mass of the former star — had traveled outward and thinned enough to allow the signal to pass through.

It’s a configuration known as a pulsar wind nebula, the most famous example of which is likely the crab nebula, the result of a supernova explosion in the constellation Taurus in the year 1054.

“The object we have found appears to be approximately 10,000 times more energetic than the Crab, with a stronger magnetic field,” Caltech graduate student in astronomy Dillon Dong, who participated in the research, said in a statement. “It likely is an emerging ‘super Crab.’”

VLASS is a program launched by the National Radio Astronomy Observatory in 2017 with a mission to survey 80% of the sky in the radio spectrum. Dong and Dr Hallinan studied the VLASS data and found VT 1137-0337 in a dwarf galaxy about 395 million light years from Earth.

“This one stood out because its galaxy is experiencing a burst of star formation, and also because of the characteristics of its radio emission,” Dong said.

VT 1137-0337 is so powerful, it might also qualify as a magnetar, neutron star pulsars with even more fiercely powerful magnetic fields than is typical. Magnetars are little understood, but astronomers theorize they could be behind the enigmatic bursts of radio energy seen in the sky and known as fast radio bursts, or FRBs.

“Our discovery of a very similar source switching on suggests that the radio sources associated with FRBs also may be luminous pulsar wind nebulae,” he said.