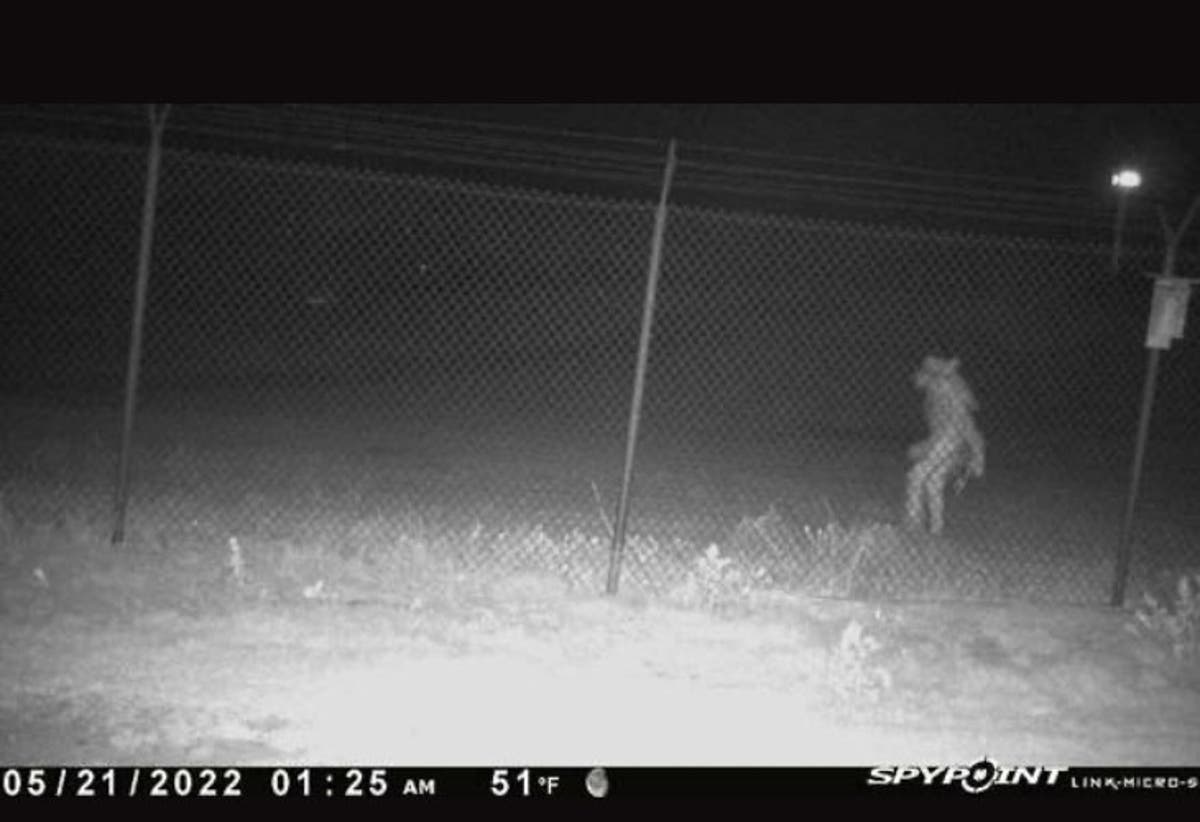 Photographs of a weird and unidentified figure just outside a Texas city’s zoo have left officials bemused.

The mysterious figure was captured on a security camera at the fenceline of the Amarillo Zoo in the early hours of 21 May.

Whatever is seen in a still picture released by the city is standing on two legs, and now they want suggestions about what the “Unidentified Amarillo Object” may be.

“Was it a person with a strange hat who likes to walk at night? A large coyote on its hind legs? A Chupacabra? It is a mystery – for Amarillo to help solve,” the city said on their website.

“We just want to let the Amarillo community have some fun with this,” said Michael Kashuba, City of Amarillo, Director of Parks and Recreation.

“It is important to note that this entity was outside the Amarillo Zoo. There were no signs of attempted entry into the zoo.”

Officials said no animals or individuals were harmed and there were no signs of any criminal activity.

“It is definitely a strange and interesting image. Maybe Amarillo can help solve the mystery of our UAO,” added Mr Kashuba.

South Africans struggle in the dark to cope with power cuts