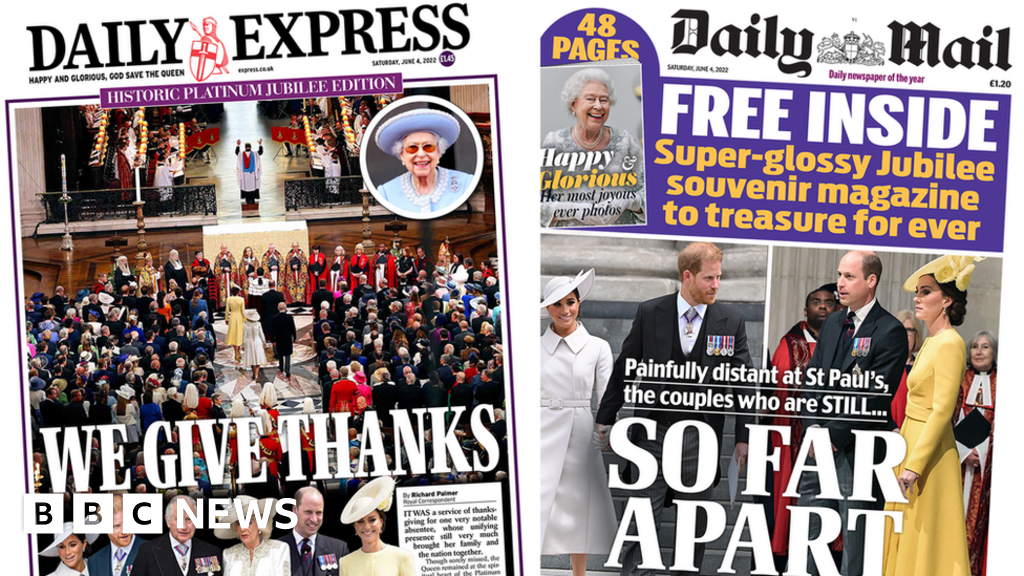 The Queen’s Platinum Jubilee celebrations remain the focus of the front pages. The Daily Telegraph reports that, despite her absence at Friday’s thanksgiving service at St Paul’s Cathedral, the ceremony was characterised by expressions of gratitude for Britain’s longest-reigning monarch. In its headline, the paper reflects the remarks of the Archbishop of York during his sermon, who thanked the Queen for “staying the course” over her 70-year reign.

The best hotels in Essex 2022: Where to stay, from spa breaks to boutique holidays

Homes for Ukraine: Quarter of refugee sponsors do not want to carry on