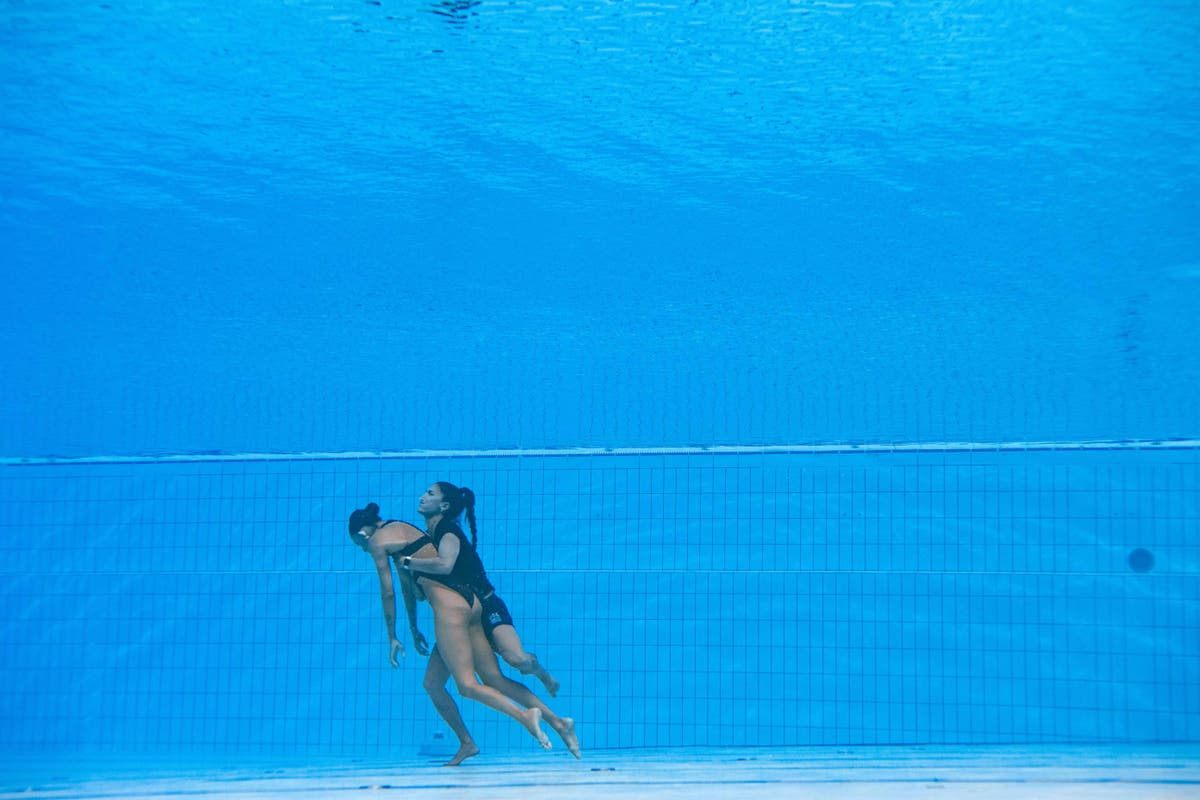 The heroic Olympic coach who dived into a pool fully dressed to save a Team USA Artistic swimmer who fell unconscious in the water has criticised the lifeguards who failed to respond to the harrowing incident.

Andrea Fuentes, coach to two-time Olympian Anita Alvarez, told Spanish newspaper Marca that she leaped into action to pull the 25-year-old to the surface because no one else was.

“I jumped into the water because I saw that no one, no lifeguard, was diving in,” she said.

“I got a little scared because she wasn’t breathing, but now she’s fine.”

The dramatic rescue unfolded when Ms Alvarez was participating in the world aquatics championships in Budapest on Wednesday night.

During her routine for the solo free final event, the athlete appeared to faint in the water, with distressing images capturing her limp body sinking to the bottom of the pool.

Ms Fuentes, Team USA’s head coach and a four-time Olympic synchronised swimming medalist for Spain, dived in fully clothes in a t-shirt and shorts and swam to Ms Alvarez.

Photos captured the coach dragging her to the water’s surface where an unidentified man helped to carry her to the edge of the pool.

Ms Alvarez was still unconscious and not breathing as she was placed on a stretcher and rushed to the pool’s medical centre, with panicked teammates and spectators looking on in horror.

The swimmer now “feels good” and is recovering, according to a statement posted on Instagram by Ms Fuentes.

“Anita is okay – the doctors checked all vitals and everything is normal: heart rate, oxygen, sugar levels, blood pressure, etc… all is okay,” she said.

“We sometimes forget that this happens in other high-endurance sports. Marathon, cycling, cross country… we all have seen images where some athletes don’t make it to the finish line and others help them to get there. Our sport is no different than others, just in a pool, we push through limits and sometimes we find them.

“Anita feels good now and the doctors also say she is okay. Tomorrow she will rest all day and will decide with the doctor if she can swim free team finals or not. Thank you for all of your well wishes for Anita.”

This isn’t the first time the 25-year-old swimmer has fainted in the water with a similarly concerning incident taking place during Olympic qualifying trials in Barcelona last year.

During that incident, it was also Ms Fuentes who dived in and saved her.