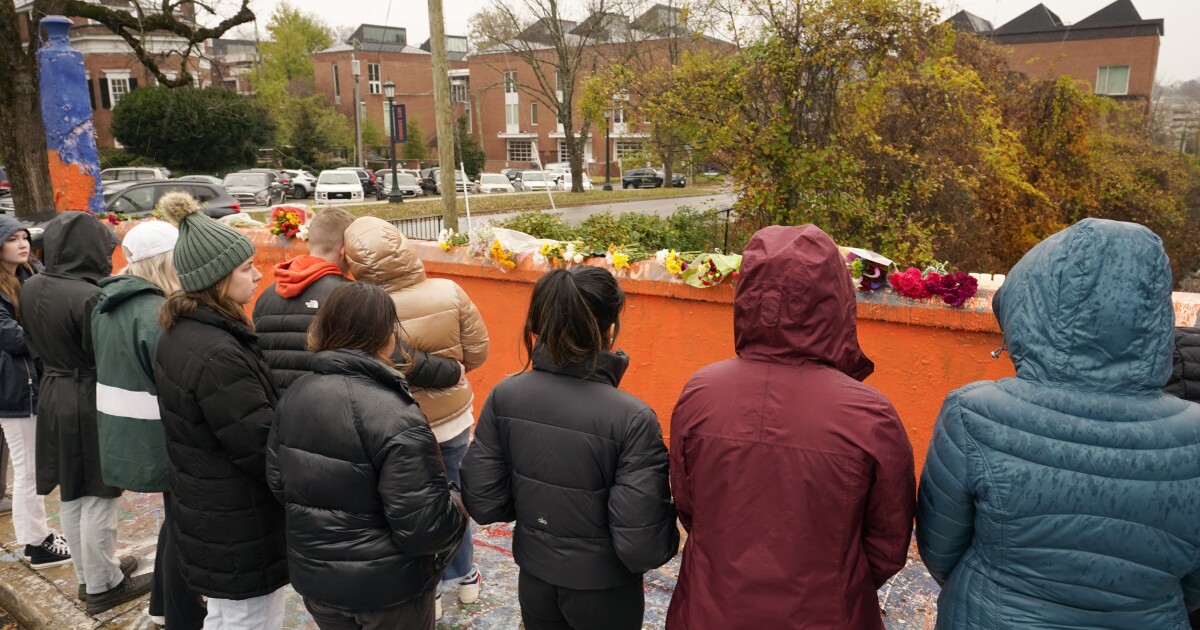 RICHMOND, Va. — Students at the University of Virginia returned to class Wednesday for the first time since a shooting happened on grounds Nov. 13, killing three students and injuring two others.

The night they were killed, the university was put on lockdown for nearly a dozen hours, as police searched for the shooting suspect, Christopher Darnell Jones Jr., a student and current player.

“I’m really shaken up. It’s been the longest week in university history it feels like. It’s only been a couple of days, but it feels like weeks,” said Renee Grutzik, a second year student.

“Just seeing people on grounds, you can feel how different it is,” she said. “Everyone is feeling the loss and you can just see it around Grounds.”

Despite the strange feeling of returning, Grutzik said she’s felt supported by her peers and university.

“Nobody has been left untouched. Every organization is doing the best they can do to make sure that their members are doing alright,” she said.

Dennis Ting, a 2L student at UVA Law, said returning to class has been cathartic for some of his peers.

“It’s definitely pretty surreal,” he said. “I think part of me was expecting, are people just going to pretend like this didn’t happen? And I think it’s the complete opposite. I think people wanted to reflect, want to talk about this. It’s a shared trauma that we have.”

Mark Lorenzoni, the co-founder of Ragged Mountain Running, which has sat on the Corner, a line of businesses neighboring UVA, is known for employing students.

Since its start 41 years ago, Lorenzoni said its hired roughly 1,000 students.

“We told the kids, you don’t need to come into work. If you don’t feel like you want to, you’re totally fine. And they all showed up. And they wanted to talk,” Lorenzoni said.

“Each of them came in, wanted to talk. I hugged them, arm around them, and just listened to their experiences as they laid out what they’ve gone through. And I must say they’ve been traumatized,” Lorenzoni said.

Over the past four decades, Lorenzoni said he’s watched the university deal with numerous tragedies.

“This has been different. This is all of them. Every one of them has been affected,” he said. “The university has shined through this. They have shown that they really truly are a university that deeply cares. You can see this camaraderie, this unification of the student body over the last two days. That’s been really, really special.”

Depend on CBS 6 News and WTVR.com for in-depth coverage of this important story. Anyone with more information can email [email protected] to send a tip.