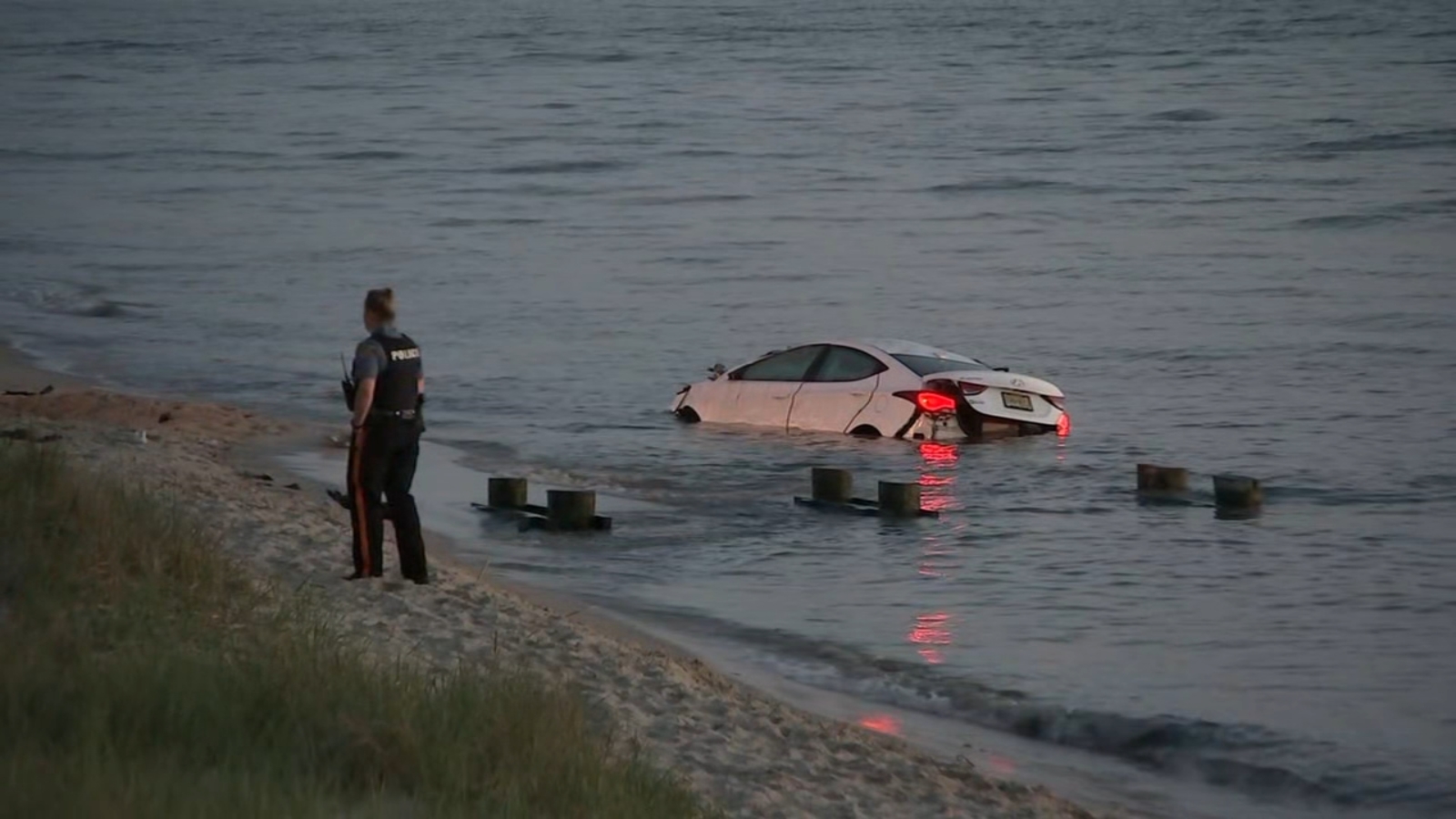 NORTH CAPE MAY, New Jersey (WPVI) — A woman died after she was struck by an out-of-control car on the coast of North Cape May, New Jersey, according to investigators.

It happened just before 8 p.m. Sunday along Beach Drive near Lincoln Boulevard in North Cape May.

According to investigators, a 56-year-old Somerset man was behind the wheel when his vehicle hit another car and then a woman who was sitting on a bench. The driver then plunged into the Delaware Bay.

The woman, identified by authorities as 75-year-old Donna Buhner of Lower Township, was rushed to an area hospital where she later died.

The driver was also hospitalized for unknown injuries.

Police are still investigating the cause of the crash.

According to witnesses, the driver may have suffered a medical emergency just prior to the crash.

There was no immediate word on additional injuries but police told Action News there were three people in the car at the time of the accident.

No charges have been filed at this time.