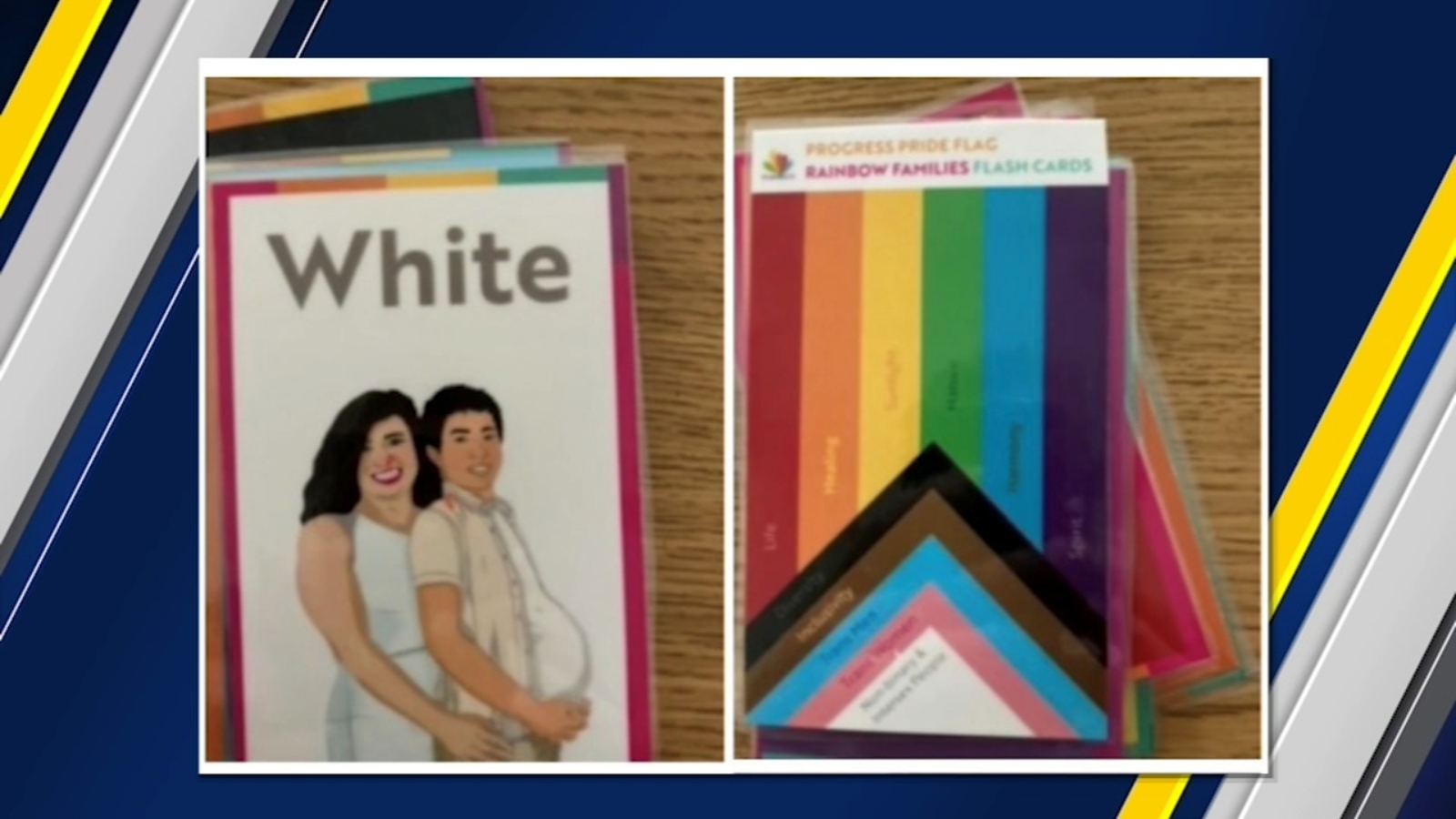 It happened at Ballentine Elementary School in Fuquay-Varina.

According to House Speaker Tim Moore’s office, Rep. Erin Pare, R-Wake, said she received an email from a concerned constituent alerting her to the allegations about the cards being shown in class.

Pare said the flashcards include a card with a depiction of what appeared to be a “pregnant” man.

The cards were purportedly used to teach colors to children in a pre-school class.

The Wake County School District put out a statement saying in part, “The district is concerned to learn of the inappropriate instructional resource found in a preschool classroom.”

The statement goes on to say the cards were not tied to the district’s curriculum and the materials were removed.

The name of the teacher who resigned is not known but the classroom is one for children with special needs.

“I am grateful that a concerned constituent reached out and that this issue is being addressed in a swift and professional manner by Ballentine Elementary School,” Pare said in a release. “Schools should only be using age-appropriate materials, and these flashcards clearly do not meet that standard for a pre-school classroom. I hope schools across Wake County and the State of North Carolina will follow the example of Ballentine and respond swiftly when a parent expresses concern and ensure that materials like this are not being used to teach young students.”

“I knew that this was probably not going to be acceptable to the public and the principal of the school,” Pare told ABC11, “The parents should have the ability to be engaged and collaborate with teachers, I’m not just a legislator. I’m the parent of two Wake County students in public school.”

Parents waiting to pick up their children Tuesday at Ballentine declined to talk about the issue.

One parent who did speak with ABC11 said she was disappointed about losing the teacher.

“It’s so important for all of our kids but especially these kids to know that it’s OK to look different, to act different and for these students, whatever their family dynamic is, whatever they look like, they’re represented in the classroom,” Jackie Milazzo said.

Milazzo has a 3-year-old son in the class and said she got the message from the school’s principal that there was inappropriate teaching material.

She said she didn’t think much of it and talked to the teacher, who said the images were used on a bulletin board along with different pictures of families in the student art center

She said the true issue is safety in the classroom.

“A picture of a same-sex couple does not make my child unsafe,” Milazzo said. “I’ve been receiving messages that our teachers are groomers, my child is being brainwashed…like how am I supposed to feel safe sending my child to school like this?

Pare said the incident was not representative of most teachers.

“The vast majority of teachers I know would never bring in a piece of curriculum, wouldn’t bring in something that isn’t approved by the principal or the district,” she said.

“We have all shapes and sizes — whatever you want to call it–of loving families and children and I think that’s a great thing,” Pare said. “We have to think about the age-appropriateness of some education tools and that’s what we have to be talking about here. “They can look at a picture of a mother hugging a male –what appears to be a male — with what appears to be a baby in their belly and I think that’s how a 4-year-old would interpret that picture.

“It’s not just going over their head. I think they think about that and look at that picture and it’s confusing to them,” Pare added. “That’s a sentiment shared not just by folks in southern Wake County but by parents across the state. This educational tool was age-inappropriate for these pre-schoolers, and that’s just not me telling you that, that’s the school district telling you that, that’s the principal telling you and that’s a shared conclusion among all reasonable people in this.”

Small plane crashes onto California freeway and bursts into flames