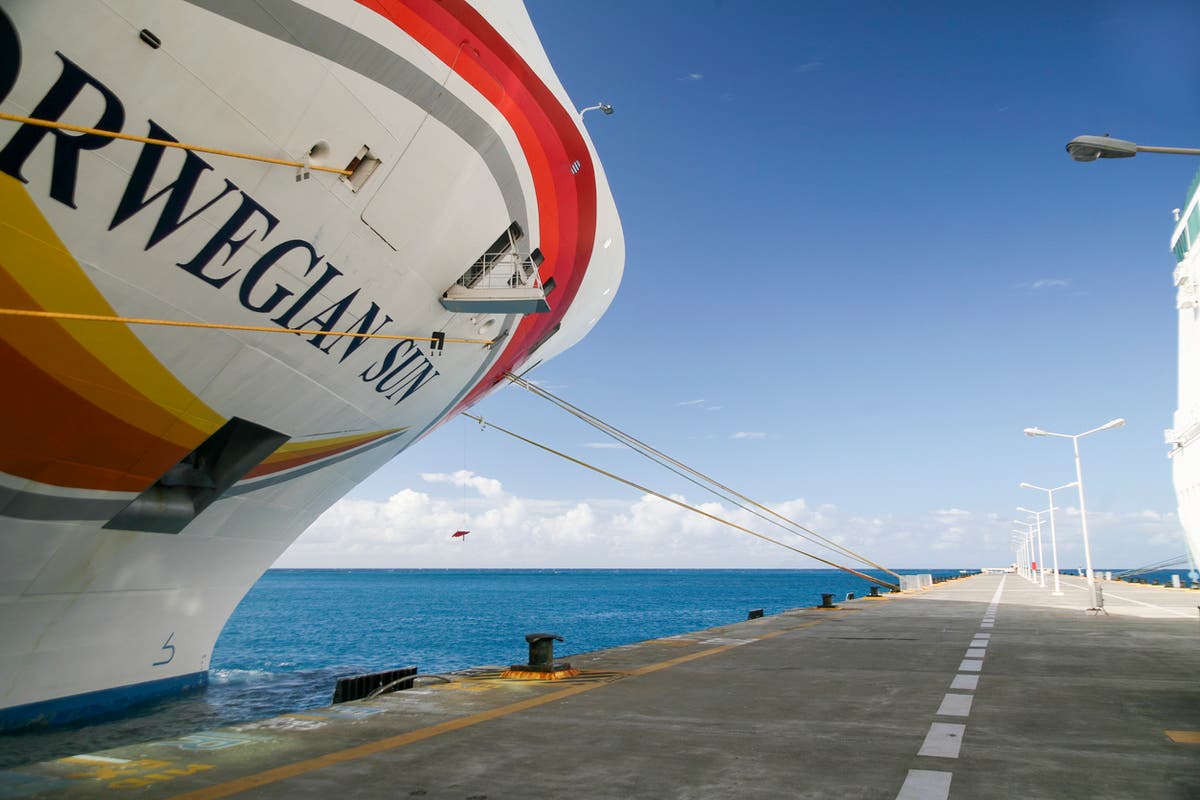 A Norwegian Cruise Line ship struck an iceberg in Alaska on Saturday, while sailing through an area of fog.

The Norwegian Sun was en route to the state’s Hubbard Glacier when it entered a zone of poor visibility and hit the chunk of ice.

The company confirmed that it has cancelled the remainder of the cruise, and the ship has returned to the port of Juneau for a safety assessment.

It did not comment on the health and safety of the passengers following the impact, but added that they would leave the cruise in Seattle as planned.

Norwegian described the iceberg as “a growler” – the term for a piece of ice less than 6.6 feet across that floats with less than 3.3 feet showing above water, usually having broken off from a larger iceberg.

Video shared on Twitter showed a sizeable hunk of translucent grey ice bobbing above the surface as the side of the ship nudged it.

A spokesperson for Norwegian Cruise Line said: “On June 25, 2022 while transiting to Hubbard Glacier in Alaska, Norwegian Sun made contact with a growler.

“The ship sailed to Juneau, Alaska for further assessment, where it was decided that the current voyage would be shortened.

“The ship was given clearance by the United States Coast Guard and other local maritime authorities to return to Seattle at reduced speed.

“All guests currently onboard will disembark in Seattle as originally planned.

“We are communicating with all impacted guests directly. Additional information will be provided as appropriate.”

According to local outlet the Juneau Empire: “The ship remained at the Franklin Dock while it underwent inspections by divers where it was determined to have sustained damage, according to Petty Officer 1st Class Nate Littlejohn, a Coast Guard public affairs specialist.”

“The whole boat came to a complete stop from the impact. It was a scary experience,” passenger Alicia Amador told the publication.

She said the iceberg was “the size of a semi-truck” and added that there was a “big noise” on impact. Ms Amador said she had been told she would be reimbursed for the cost of her trip.

In May 2022, Royal Caribbean’s Harmony of the Seas made headlines when it crashed into a pier at the Jamaican port of Falmouth.

No passengers were reported as injured during the collission, in which several bits of port infrastructure were damaged along with “cosmetic” damage caused to the vessel.

Sri Lanka travel advice: How has guidance changed and is it safe for holidaymakers amid protests?

The best honeymoon hotels in Bali for a romantic escape

Travel industry is having a ‘breakdown’ with jobs ‘not sustainable’, say flight attendants