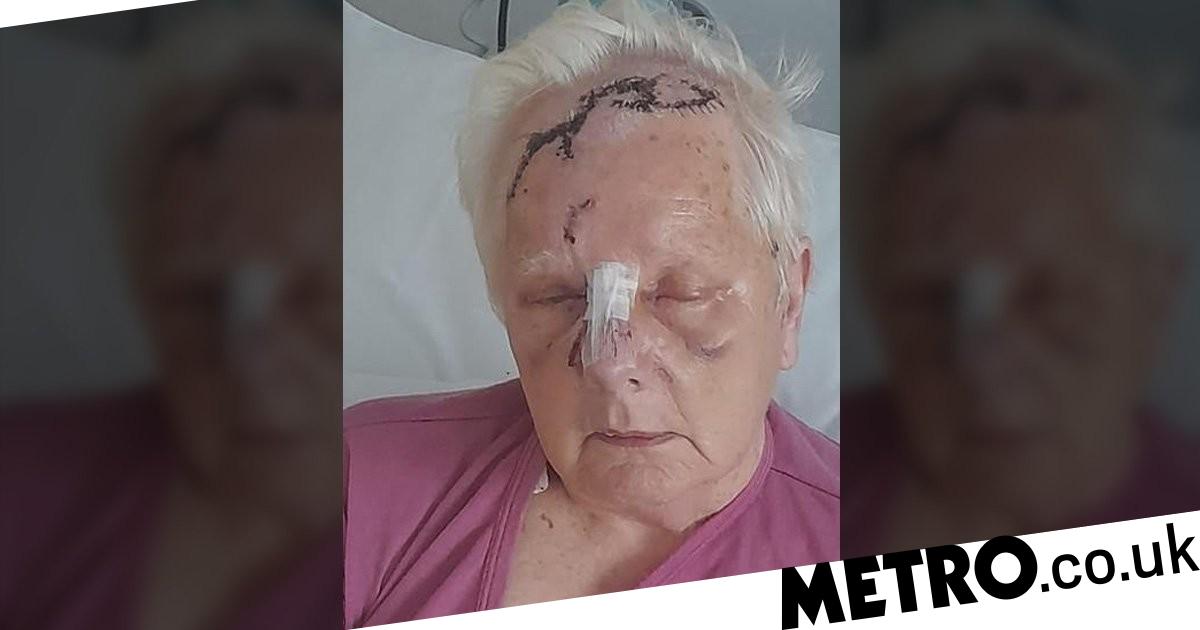 A pensioner has recalled fearing she was ‘finished’ when a ‘pit bull-type’ dog started mauling her head and face.

Jacqueline McGrew, 75, had popped next door to pick up some cat litter her neighbour bought for her when she was attacked by his son’s dog last week.

She said: ‘I thought I was finished. I thought I’d had it. It was a bloodbath. I was covered in blood. It was a real mess.

‘I could feel the dog biting my head, biting down to my skull. Then it got my nose. I was screaming with the pain. I must have tried to get the dog off me because it also bit my arm.’

Jacqueline, from Blackburn, Lancashire, suffered deep cuts to her scalp, as well as a broken jaw and dislocated nose.

Police suspect it was a ‘pit bull-type dog’.

Jacqueline told the Mirror she had no idea it was out when she went into the garden, adding she would never have done so if she knew.

Luckily, the neighbour dived on the dog and pinned it to the floor before it could cause further damage and a paramedic living nearby rushed her to hospital.

The dog which savaged her, named Kia, was one of two seized by the police, the paper reports.

Jacqueline said: ‘I’m an animal lover, but with this dog I would have to say put it down. There is no way that I can think of this dog roaming around.’


She added that doctors had told her it could take up to a year for her injuries to heal.

Police said their investigation is ongoing.

Pit bulls are the breed most commonly associated with dog attacks in the UK.

They are one of four breeds outlawed when the Dangerous Dogs Act came into force in 1991 following a spate of attacks.