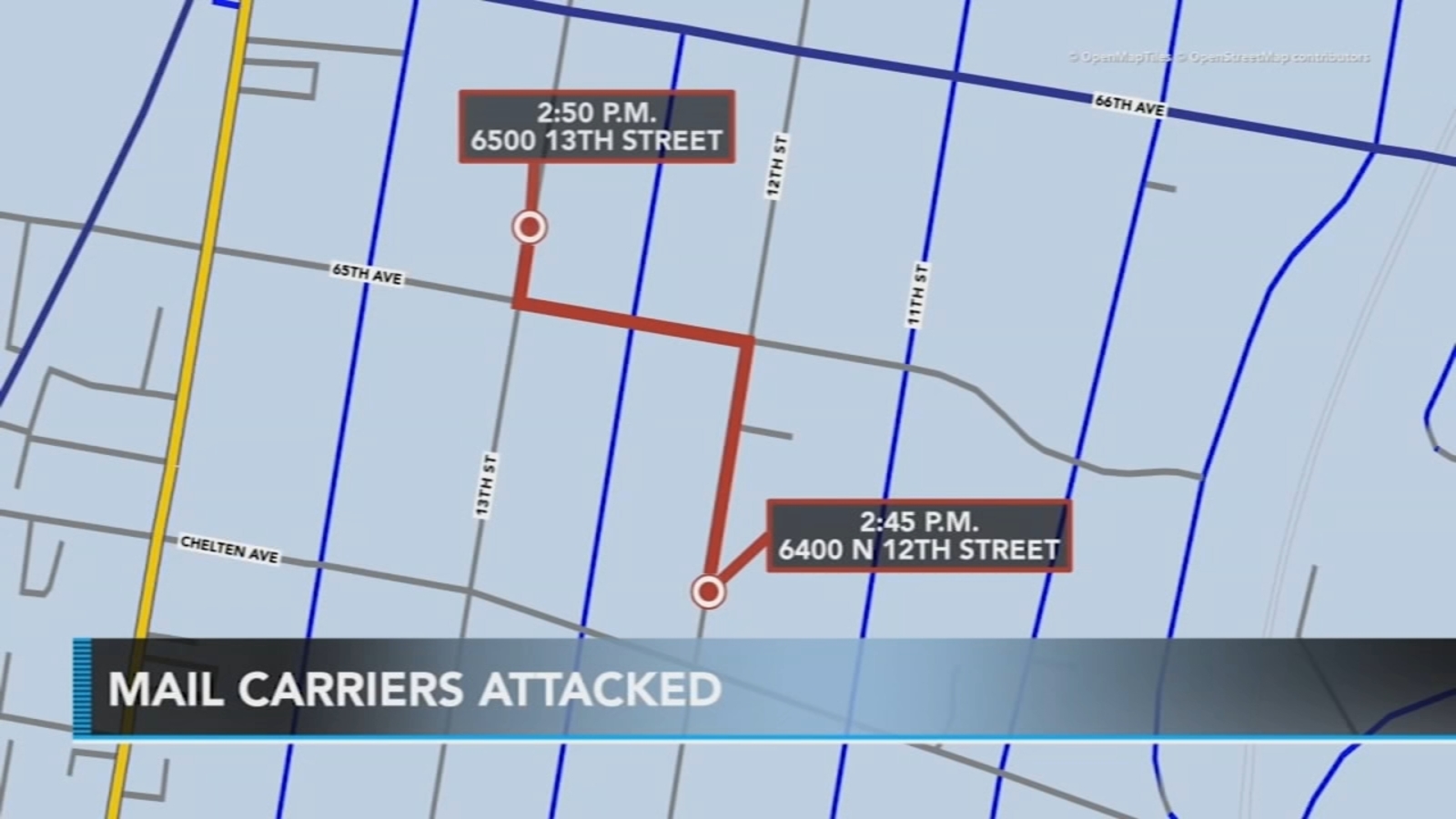 The first robbery occurred around 2:45 p.m. Wednesday on the 6400 block of North 12th Street in East Oak Lane.

Police say the 18-year-old postal worker was on her route delivering mail when she was approached by a man with a gun.

He took the mail and mail keys and drove off in a black Chevy Impala.

But police say he wasn’t done.

Just five minutes later, police say the suspect drove just a few blocks away in the Impala to the 6500 block of 13th Street and did the same thing.

He approached another female postal worker with a gun and took the mail and keys.

Neighbors were stunned to hear the news.

“You have firemen and policemen right here in the block so, to be honest, I don’t know what to say,” North Philadelphia resident Mrs. Bush said.

She never expected postal workers to be targeted.

“We’re looking out for everybody. It’s quiet around here. We don’t have issues like that around here,” Mrs. Bush said.

Back at the initial crime scene, neighbor Jasmine Rowland thinks that is part of the reason the suspect picked these spots.

“I think they probably targeted this area because of that – they know it’s not as alert as other areas in Philly,” Rowland said.

Police say it might be tough to identify the suspect as he was wearing a mask. They are asking residents in the neighborhood to keep an eye out for a black Chevy Impala that may look out of place.