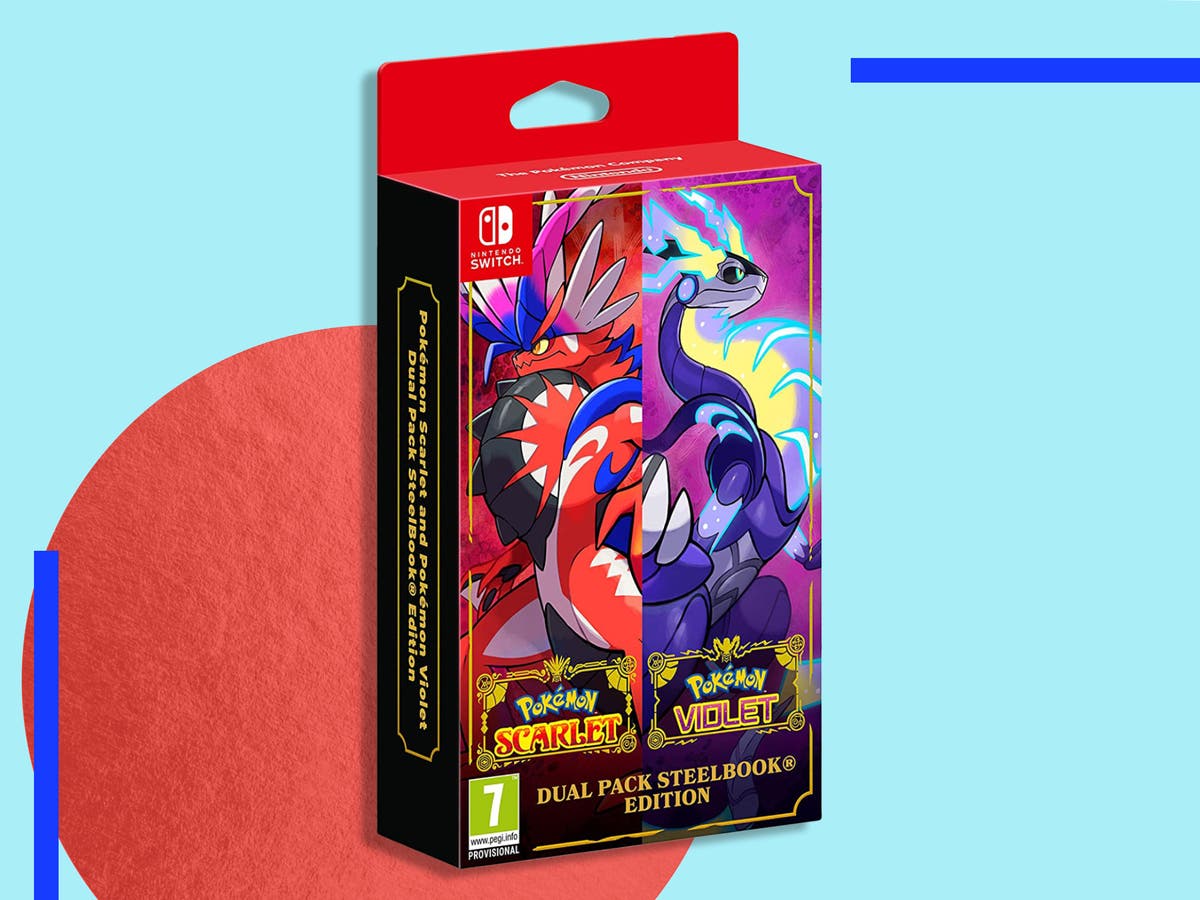 A pair of new Pokémon games are coming to the Nintendo Switch console later this year, each with new and returning monsters for players to catch.

The two games will see players transported to a new region with two new professors, called Sada and Turo. From the trailers already released, we know that players will get to choose from three all-new starter Pokémon; these are called Sprigatito, Fuecoco and Quaxly, and are grass, fire and water types, respectively.

Fans of the pocket monster-catching franchise will already be very familiar with how these games are released. Starting with Red and Blue back in 1996, Pokémon games are always launched in pairs, with Scarlet and Violet set to continue that trend.

As such, these Nintendo Switch games will be available to buy individually when they go on sale later in 2023, but also as a Steelcase bundle.

Find out how to pre-order the new Pokémon games, and discover the best UK pre-order deals we’ve found so far, by reading the rest of the article below.

Pokémon Scarlet and Violet will both be released on Friday 18 November, 2022 and will be available on all versions of the Nintendo Switch game console, including the latest Switch OLED.

The games can both be played in the Nintendo Switch’s TV, tabletop and handheld modes, and they are certified for gamers aged seven and over. The two games can be purchased individually, or together as part of the dual pack Steelbook edition.

We’ve rounded up the best pre-order deals for Pokémon Scarlet and Violet, and will add to this as more deals become available between now and the 18 November release date.

If you’re looking for discounts on technology or videogames then try one of these codes:

Want to find out more about the game? Read our article on Pokémon Scarlet and Violet, and what we learned from the latest trailer.