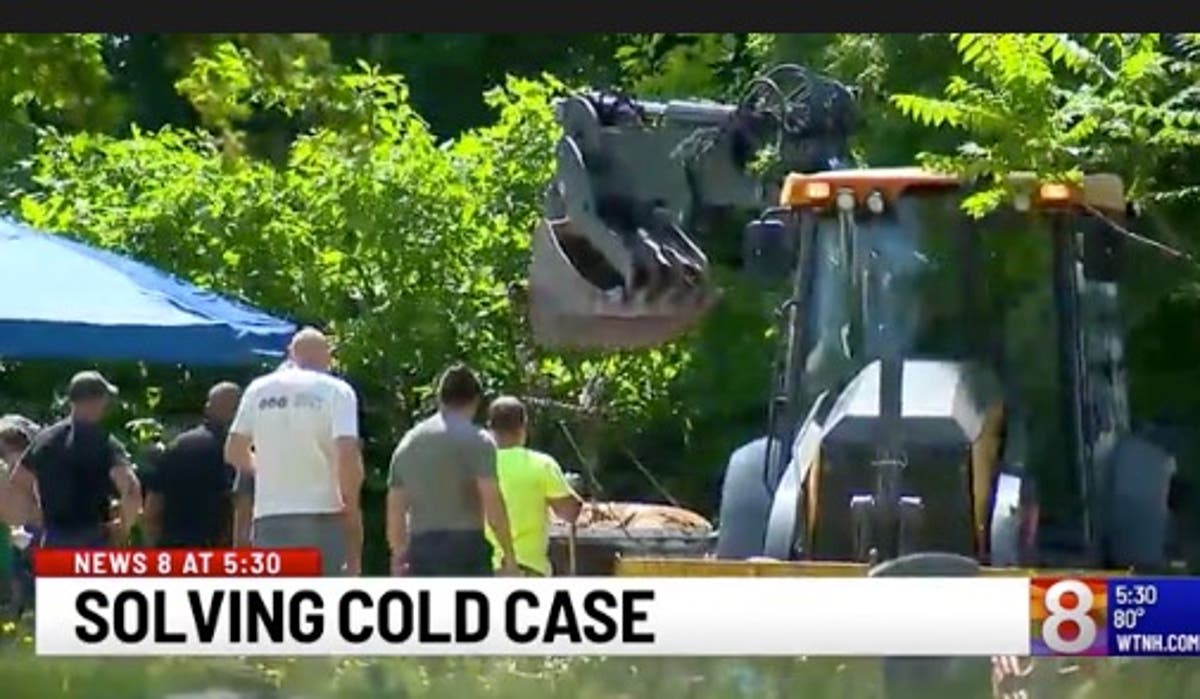 Police in Connecticut exhumed a body as part of a decades-old cold case investigation into a 1975 murder – but dug up the wrong person.

Officials in East Haven say that the woman was buried in an unmarked grave in a now-closed cemetery and that they instead removed a male corpse from the ground.

Police have been re-investigating a murder case in which the body of a woman, who has never been identified, was found bound, gagged and wrapped in a tarp in a drainage ditch,

After the Jane Doe’s body remained with the Office of the Chief Medical Examiner for a year, she was buried at the State Street Cemetery, which is now abandoned, but her grave was never marked.

Police say that the overgrown cemetery, which has been criticised for a lack of burial records, was known as a place where the bodies of the unidentified, homeless and transients were buried.

Officials say that in 2020 they tried to identify the body with DNA samples and using genealogy, but these proved unsuccessful and that they needed fresh samples.

Investigators then decided to try and locate the exact burial site of the woman and launched a probe using public burial records, and interviewed the last living person associated with the cemetery.

Earlier this week authorities went to the cemetery and dug up a specific grave site where they found a casket. But when they inspected the casket they found that it did not contain their murder victim.

“We are determined to identify her to hopefully bring some closure to her family, but we have to navigate the challenges of locating her in an abandoned cemetery first,” said Captain Joseph Murgo.

And he told CNN of the challenges faced by the investigators in the 47-year-old cold case.

“There is a large amount of unmarked graves. If you looked at it, there’s some areas that look like it’s just overgrown, abandoned property. There are bodies and caskets that are buried underneath the ground.

“We knew we were up against many challenges, including really, really bad record keeping, and we knew that there would be more bodies and bodies basically put in the ground without any organisation or rhyme or reason.”

Now investigators will return to the cemetery with sonar equipment to try and find the woman’s metal casket.

“We think we are in the right area. We think we’re only about six to 12 feet off from our original spot.”