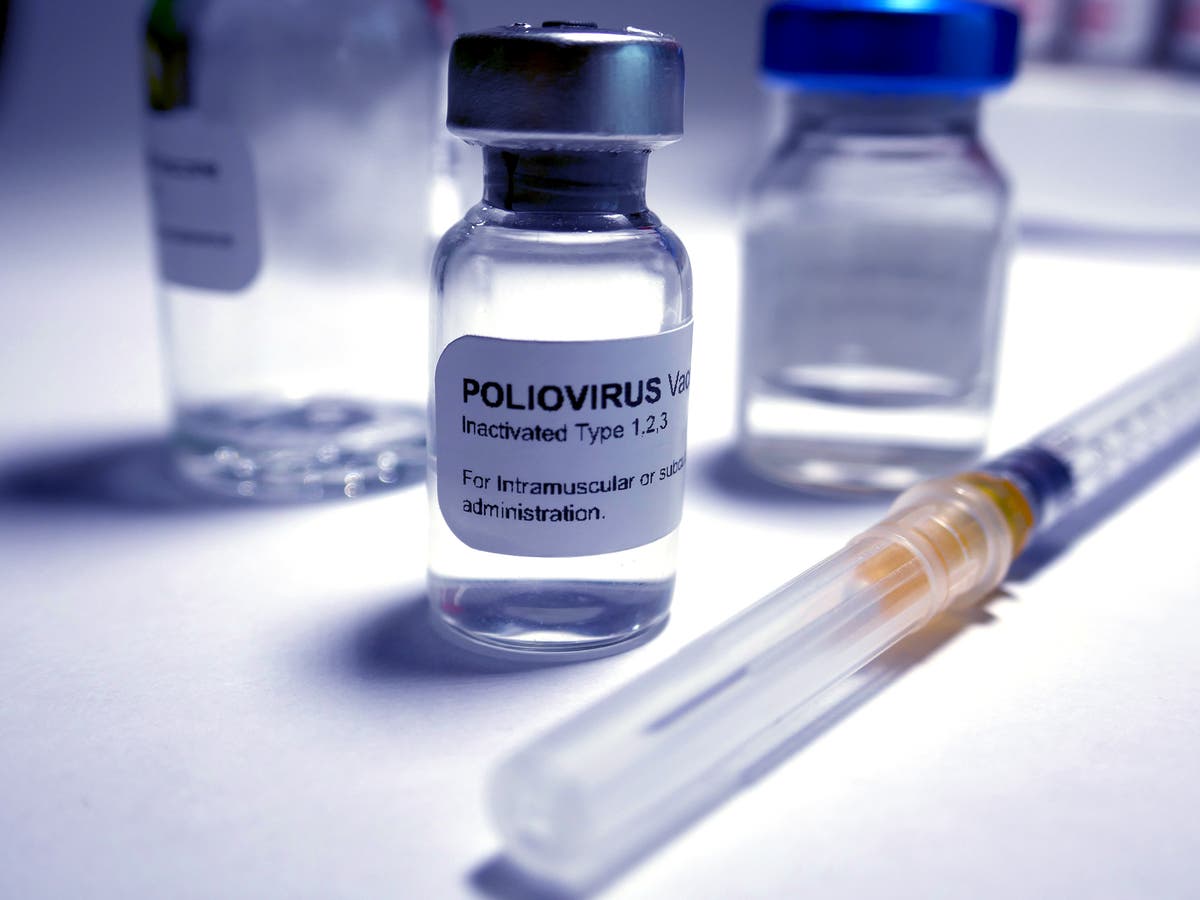 It “might be possible” to trace the source of polio virus detected in London to a single household or street, a health minister has suggested.

A national incident has been declared after the UK Health Security Agency (UKHSA) found polio in sewage samples collected from the London Beckton Sewage Treatment Works, which serves around four million people in north and east London.

While it is normal for the virus to be picked up as isolated cases and not detected again, experts have raised the alarm after several genetically linked viruses were found in samples between February and May.

Health minister Lord Kamall told peers on Thursday that it could be possible to pinpoint the source of the virus to a single address.

“It is mixed up with a lot of stuff and what we have got to try and work out now is how we go along the pipes and investigate individual pipes to see whether we can locate the source,” Lord Kamall said.

“In theory it might be possible to find individual households and streets but it is too early.

“This is really world-beating in what we are doing here, it is a first and it shows that we are ahead, but one of the issues with being ahead is that we detect things that would not have been detected earlier.”

The UKHSA is “urgently” investigating whether the virus could be spreading from person-to-person in the capital, which if confirmed would constitute the first outbreak in the UK in decades.

The health agency is working on the theory that a person vaccinated abroad with the polio vaccine – possibly in Afghanistan, Pakistan or Nigeria – entered the UK early in 2022 and was shedding the virus.

That person may have now passed it on to other closely linked individuals in north-east London, who in turn are shedding the virus into their faeces.

The virus detected in sewage by the UKHSA isn’t “wild type” polio, but a version of the virus which comes from the live oral polio vaccine (OPV), which the UK stopped inoculating people with in 2004.

The OPV generates gut immunity and people can shed the vaccine-derived virus in their faeces for several weeks after vaccination, which can then spread in under-vaccinated communities through poor hand hygiene, contaminated water and food, and in rarer instances through coughing and sneezing.

Lord Kamall stressed: “No-one has got polio and no cases have been identified, what it is is that we have found it in the sewage.”

Health officials have urged the public to ensure they are fully immunised against the virus, which was declared eradicated in the UK in 2003 as a result of high levels of vaccination, with the last wild case detected in 1984.

Labour’s Lord Reid of Cardowan called on the government to maintain “maximum transparency” about the national incident, and asked if worries about the Covid vaccine had led to a “fairly substantial decline in vaccinations for other potential diseases”.

Latest figures show that by the age of two in the UK, almost 95 per cent of children have had the correct number of polio vaccine doses. However, this drops to just under 90 per cent in London.

Lord Kamall replied that the government was “quite clear” that “people must come forward for all vaccines”, adding: “What is really important is that we recognise that vaccine-derived polio can potentially spread but it is rare and the risk to the public overall is limited.”

The health secretary, Sajid Javid, said this week that he is “not particularly worried” about the detection of the virus, which can cause paralysis in rare cases among unvaccinated people.

He told BBC Radio 4 that UKHSA “reminded me that as a country we have very high vaccination rates against polio”, adding: “We’ve been declared polio free since 2003 and we haven’t had any cases since then.”