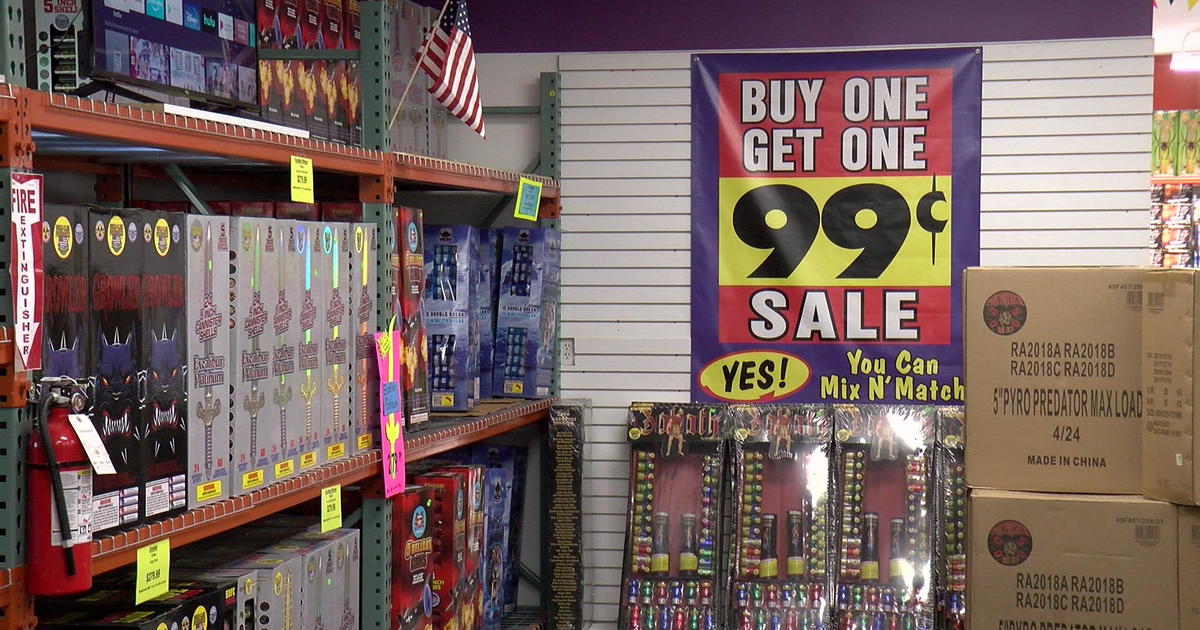 NORTH HUDSON, Wis. — Planning a party for the Fourth of July will cost you more this year.

Fireworks are going up in price, but inflation is not the only reason.

No matter what side of the St. Croix River you live on, excitement around Independence Day — and the colorful way to celebrate it — has never been higher.

In the five years before the pandemic, U.S. consumers lit off an average of 248 million pounds of fireworks each year, according to the American Pyrotechnics Association (APA).

When large fireworks shows got canceled in 2020 due to the pandemic, consumer consumption rocketed to 385 million pounds. It soared even higher in 2021 to 416 million pounds.

“That’s our job is to help people get the best possible show for the money,” said Anders Nelson, owner of Fireworks Nation.

Posters showing discounts and deals pop at his store, but so too have his costs.

He said some items have gone up in price 8-10 percent since last year, an increase seen industry wide. The APA said overall costs in the industry are up 35 percent. The price of diesel is a contributing factor, as well as delays at ports in California. Shipping the fireworks however has become the most-costly issue, said Nelson.

“Three years ago, we were paying $14,000 on average for a container [of fireworks]. Not the product, just the shipping container. Today, this year we paid as much as $45,000 [per container],” said Nelson, echoing a number the APA shared on shipping prices.

That spike in the cost of containers raises the overall cost of fireworks by 50 percent according to the APA. It’s a burden Nelson does not want to pass on to his customers as they continue to run the same discounts and promotions as years past.

“We’ve really tried to hold our prices down because we want people to have a good experience and come back. So, we have cut our margins,” he said.

The good news is stores will be better stocked this summer compared to the shortages seen the last few years. Many large fireworks displays are returning this summer. Anders is hopeful customers who enjoyed doing their own shows recently will return as well.

“We sell a product but what we really do is bring people together, friends and family,” he said.