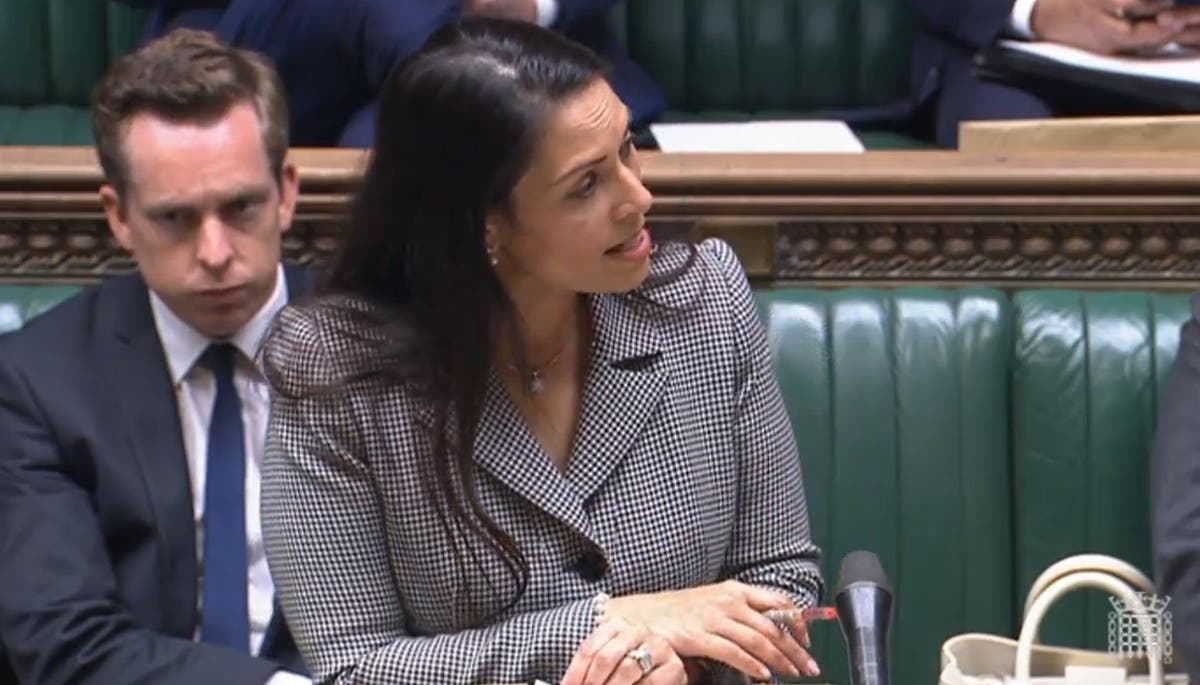 Priti Patel has been accused of wasting millions of pounds of taxpayers’ money on a political stunt, after plans to deport seven asylum seekers to Rwanda were blocked on Tuesday night.

The aborted flight to the east African country is believed to have cost up to £500,000, on top of an upfront payment of £120m paid to the government in Kigali as part of a “migration and economic development partnership” signed by the home secretary in April.

Government officials insisted that planning was already under way for another flight, but legal experts said it was unlikely any plane would take off before the conclusion of a judicial review next month. Defeat in the courts could mean that no migrants are ever sent to Rwanda.

Shadow home secretary Yvette Cooper said it was clear that the deportation plan was a “gimmick” designed to allow Boris Johnson’s government to pick fights with Tory bogey figures like human rights lawyers, without any expectation it would be an effective use of taxpayers’ money.

Her comment came after Boris Johnson was ticked off by the deputy speaker in the Commons for claiming that Labour was “on the side of the people traffickers”. His press secretary later justified the allegation on the grounds that Keir Starmer’s party opposes the policy of deportation to Rwanda for migrants who may have crossed the Channel in small boats from France.

And Ms Patel lashed out at “the usual suspects”, who she said were trying to “thwart … these efforts, and, with that, the will of the British people”.

Ms Cooper demanded to be told how much the deportation flights were costing, and precisely how much Rwanda would receive for each migrant on top of the £120m upfront payment.

The Home Office has confirmed the UK will fund accommodation and integration for deported individuals for up to three months, at a cost estimated at £30,000-£50,000 per head.

“She knows this is unworkable, unethical and won’t stop the criminal gangs,” Ms Cooper told the Commons. “Yet she still went ahead and spent half a million pounds chartering a plane she never expected to fly.

“This isn’t a long-term plan, is a short-term stunt. Everyone can see it, it’s not a serious policy, it’s shameless posturing and she knows it. It’s not building consensus, it’s just pursuing division. It is government by gimmick. It’s not in the public interest, it’s just in their political interest.”

Ms Patel rejected the charge that the millions spent on the deportation scheme were wasted, claiming that the programme would save lives by deterring migrants from risking the perilous crossing of the Channel by dinghy.

“You cannot put a price on lives that are lost and we believe in saving lives and breaking the people-smuggling model,” said the home secretary.

“Priti Patel’s Rwanda plan is morally bankrupt, and if she continues trying to fly four refugees in a plane costing half a million pounds it will soon be financially bankrupt too,” said Mr Carmichael.

“This makes no sense for the taxpayer and no sense for anyone concerned about an efficient and effective asylum system. If the Tories have money to burn like this, they should be spending it on ensuring that the enormous and growing backlog of asylum applications is dealt with.”

He added: “At £120m a seat, even Boris Johnson would blush at that sort of expenditure for himself.”

Ms Patel said that preparations for future flights to Rwanda were already under way. Tuesday’s last-minute rulings by the European Court of Human Rights (ECHR) and the UK’s High Court did not amount to an “absolute bar” on removals, and the individuals involved would be tagged while efforts are made to get them on a later plane, she said.

Sources in Downing Street and the Home Office held the door open for further attempts to remove migrants ahead of July’s judicial review. But they refused to put any timeline on departures.

The ECHR injunctions said that individual asylum seekers should not be sent to Africa until three weeks after the review is concluded, but did not place a blanket ban on deportation flights.

But the director of public law at Duncan Lewis Solicitors, Toufique Hossain, told The Independent it was “extremely unlikely” that a further flight could be chartered before the review process is completed.

“Anyone served removal directions can just go back to the High Court and the High Court will presumably grant the injunctive relief based on the EHCR ruling,” said Mr Hossain. “It’s not unrealistic that they’re going to try, because it’s this government.

“The question is would they waste public money in chartering another flight, which costs about half a million pounds, the financial resources of detaining and trying to remove people, the cost of further legal challenges and getting people off planes, getting injunctions, wasting courts’ time, when they could just wait until July?”