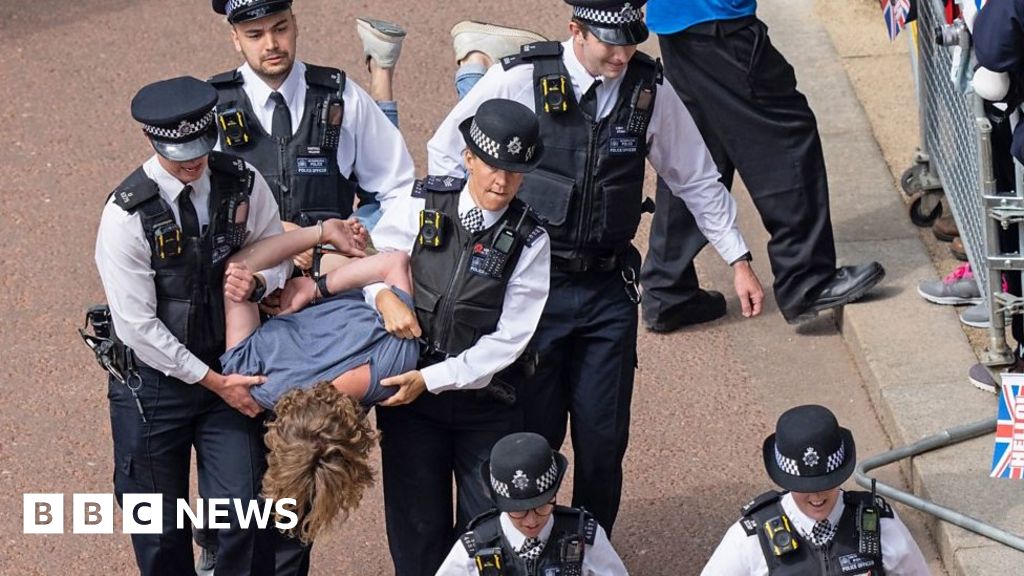 A group of protesters briefly interrupted the Trooping the Colour ceremony – before being dragged away by police.

A number of arrests were made for highway obstruction after people tried to breach the security barrier and get onto The Mall, the Metropolitan Police said.

The incident took place at the beginning of the military parade marking the Queen’s official birthday.

The police thanked the crowd, saying they “showed their support by clapping our officers who returned to their post after dealing with the incident swiftly”.