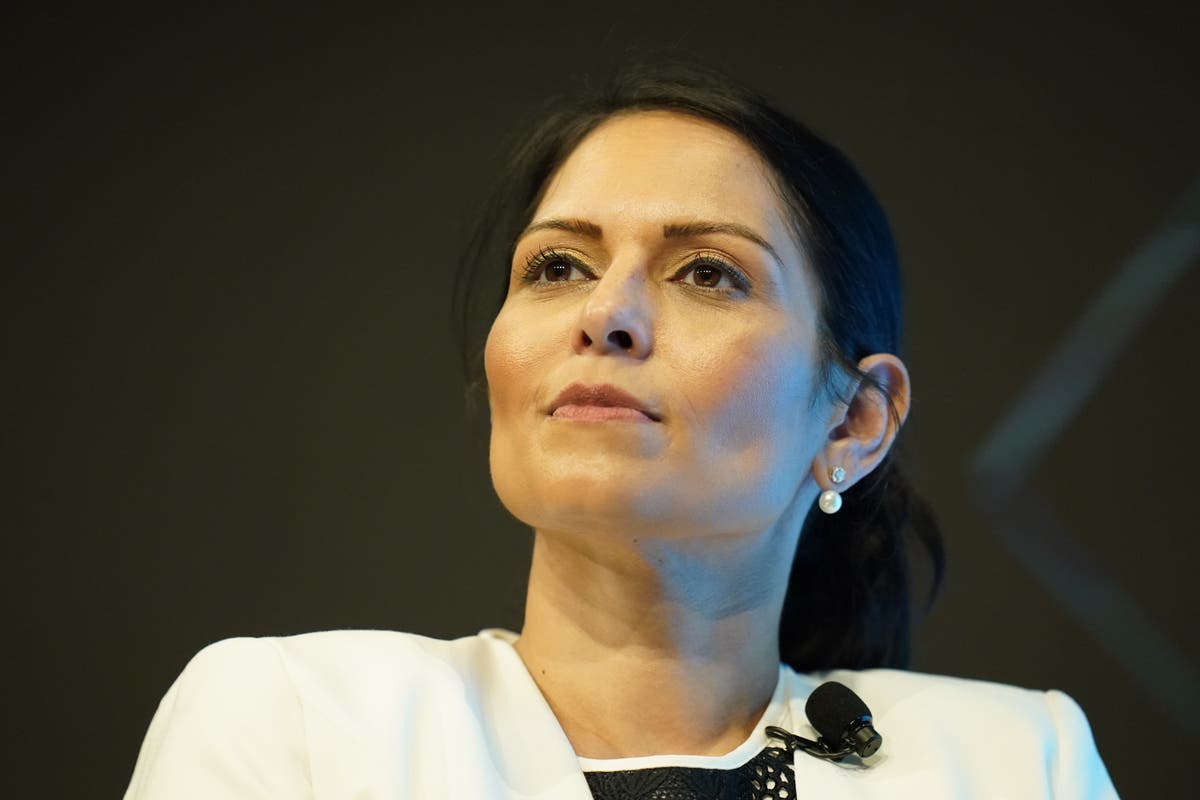 Refugees who cross the Channel in small boats to reach the UK are set to be electronically tagged – and prosecuted if they fail to comply – under Home Office plans.

Campaigners and experts have accused ministers of adopting a “draconian and punitive” approach that will see people who have conflict and danger treated as “criminals”, and of pushing through the plan despite having “no concrete evidence” that it will improve levels of compliance.

A 12-month pilot will see some of those who travel to Britain via “unnecessary and dangerous routes” fitted with tags, including potentially those recognised as victims of torture and trafficking, according to new Home Office guidance.

If tagging conditions are breached, asylum seekers may be considered for detention and removal, subject to administrative arrest or prosecuted, the document states.

Earlier this week the government was criticised over its controversial Rwanda deportation plan, with a flight to take asylum seekers to central Africa grounded at the last minute after European judges intervened on human rights grounds.

It is understood that some of the 130 asylum seekers who were detained for removal on the flight will be the first to be fitted with electronic tags if and when they are released from detention.

Enver Solomon, chief executive of the Refugee Council, said: “It’s appalling that this government is intent on treating men, women and children who have fled war, bloodshed and persecution as criminals.

“This draconian and punitive approach not only shows no compassion for very vulnerable people it will also do nothing to deter those who are desperately seeking safety in the UK.”

A Home Office spokesperson said: “We will keep as many people in detention as the law allows but where a court orders that an individual due to be on Tuesday’s flight should be released, we will tag them where appropriate.”

The guidance states that those on tag will be required to to cooperate with any arrangements the Home Office specifies for “detecting and recording by electronic means” their presence at “a location at specified times, during specified periods of time”.

It goes on to state that the tag may also be accompanied by one or more further conditions including a curfew or an “inclusion or exclusion zone (requirement to remain within, or not to enter, a specified area)”.

Caseworkers will be required to consider a number of factors when deciding whether it is appropriate to tag an individual, including medical evidence suggesting it would cause serious harm to their health, if a claim of torture been accepted by the Home Office or a court, or if the individual has been recognised as a modern slavery victim.

But the guidance goes on to state that these factors do “not in [themselves] prohibit imposing such a condition”, adding: “In many cases, even where there is some evidence in favour of removing electronic monitoring, on balance it may still be appropriate to maintain electronic monitoring due to other relevant factors.”

Dr Monish Bhatia, lecturer in criminology at Birkbeck university of London who has carried out research into the use of electronic tags on asylum claimants, described the Home Office plan as an “extreme measure”.

“The electronic tagging is highly intrusive, and the research evidence strongly suggests that migrants who are subjected to this technology experience it as a form of punishment,” he said.

“Tags are equally dehumanising, degrading and confining as detention centres. In my research, migrants who were tagged developed symptoms of anxiety, depression, suicide ideation and an overall deterioration of mental health.

He added: “The Home Office has not provided any concrete evidence to support their flight risk narrative or to justify the necessity or effectiveness of the tag or anything that shows tags make individuals comply with immigration rules better than any non-intrusive and humane alternatives to detention.

“This is a sheer waste of taxpayers money, which can be re-directed for more productive use.”

Maria Thomas, of Duncan Lewis Solicitors, who is representing a number of those detained ahead of the failed Rwanda flight, said the tagging pilot was “highly concerning” and appeared to be designed to “further demonise vulnerable asylum seekers arriving in the UK by small boat”.

“The policy is vague and provides no guidance on how representations will be considered or against what criteria, and raises serious concerns about the blanket treatment of vulnerable individuals, including torture and trafficking victims,” she added.

The Home Office would not confirm which asylum seekers would be included in the pilot, but The Independent understands that people will not be tagged immediately upon arriving in Britain in small boats.

In the guidance, the department states that tagging will only be applied where its application does not breach an individual’s human rights under the Human Rights Act 1998 and European Convention on Human Rights (ECHR).

Following the grounding of Tuesday’s flight, home secretary Priti Patel insisted the plan to deport asylum seekers to east Africa would continue, saying: “Many of those removed from this flight will be placed on the next.”