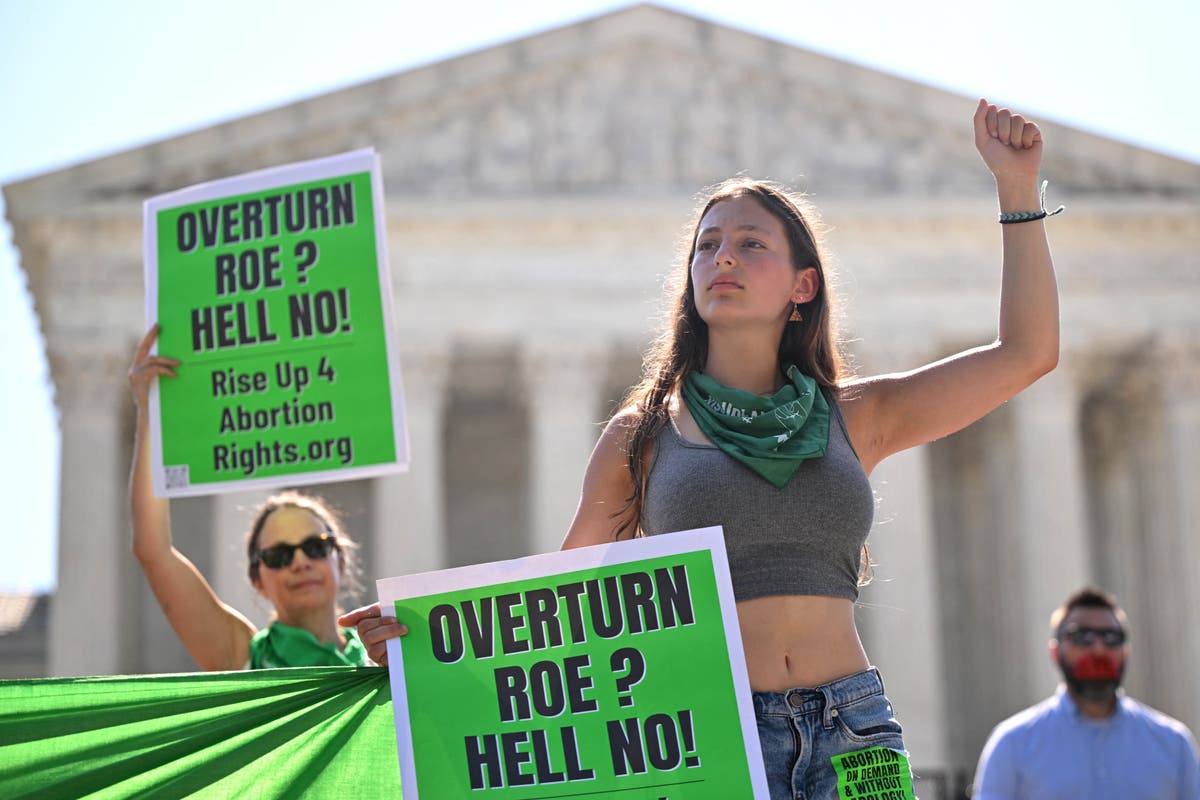 People who leak Supreme Court decisions before they are publicly released would face up to be 10 years in jail and a fine of $10,000, according to a new proposal from Republican senators.

In May, a leaked draft from the top court suggested a majority of justices were ready to overturn Roe, as part of its consideration of a Mississippi law that would ban abortions after 15 weeks.

The leaked draft, published by Politico, reverberated around the world, mainly because of the way it would overturn 50 years of legal access to abortion for women, but also because leaks of such a nature are unprecedented for the court.

At the time Chief Justice John Roberts confirmed the draft was genuine and said an investigation was to be launched into how it had been leaked.

“To the extent this betrayal of the confidences of the Court was intended to undermine the integrity of our operations, it will not succeed. The work of the Court will not be affected in any way,” he said.

“We at the Court are blessed to have a workforce – permanent employees and law clerks alike – intensely loyal to the institution and dedicated to the rule of law. Court employees have an exemplary and important tradition of respecting the confidentiality of the judicial process and upholding the trust of the Court. This was a singular and egregious breach of that.”

A number of Republicans, such as Mitch McConnell, chose to focus on the leak, rather than the implications for millions of women across America.

Now three Republican senators have unveiled a bill that would hold future Supreme Court leakers accountable with a $10,000 fine and 10 years in prison for releasing information about pending decisions.

“The recent leak was an attempt to publicly intimidate justices and undermine the integrity of the Court—all while putting lives at risk,” the main sponsor, Bill Cassidy of Louisiana, said in a statement.

“My bill holds leakers accountable and takes away any hopes of profiting off their crimes.”

Marco Rubio, a co-sponsor, said: “You shouldn’t receive a badge of honor or financial reward for leaking confidential documents from one of our nation’s most sacred institutions – you should face serious penalties.

“The leak of a draft opinion of Dobbs not only undermined the integrity of our judicial system, but also continues to spur threats of violence against Supreme Court Justices and crisis pregnancy centers. This bill would ensure that leaked confidential information from the Supreme Court is a criminal offense.”

The measure has also had the backing of a third Republican, Cindy Hyde-Smith of Missouri.

“The egregious leak of a draft opinion in Dobbs v. Jackson Women’s Health harmed the Supreme Court as an institution, particularly if that betrayal was done to intimidate justices or influence the outcome of the case,” she said.

“Anyone who chooses to leak confidential information from the highest court in our land should be held accountable, and that’s precisely what this bill seeks to accomplish.”

Whether such legislation, first reported by the Washington Examiner is ever voted on, is another matter. As the situation currently stands, there would unlikely be sufficient support for it.

Yet, if Republicans were to flip both houses of Congress in November’s midterms it could perhaps proceed. It would still the require the signature of President Joe Biden.