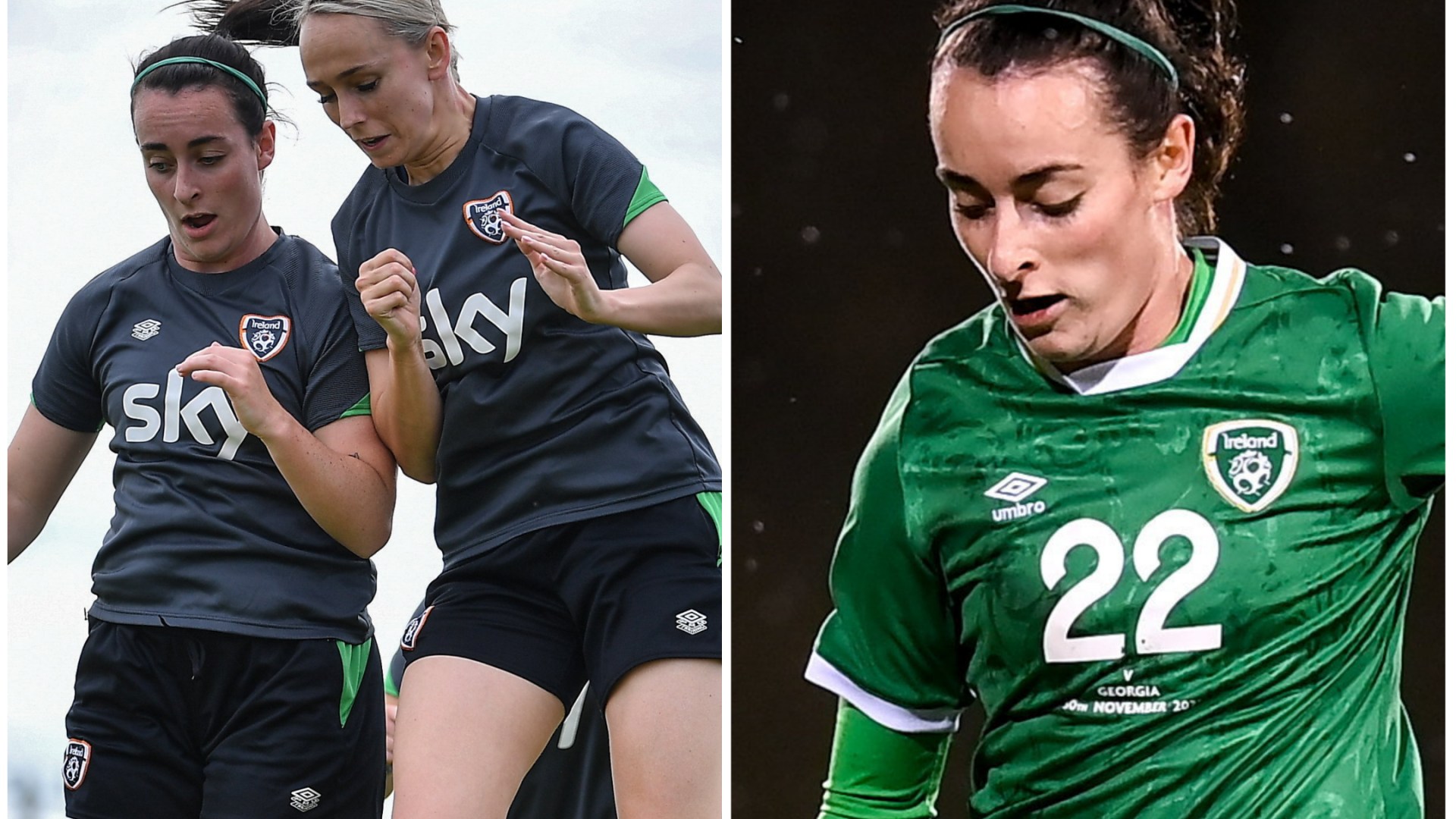 ROMA McLAUGHLIN has Georgia on her mind for now — but it is Europe and education that will occupy her thoughts next week.

The Ireland midfielder is in Turkey at the moment as the Girls in Green do warm-weather training in preparation for Monday’s must-win World Cup qualifier with Georgia in Gori.

But her club future is up for discussion. The 24-year-old has just graduated from Central Connecticut University where she studied exercise science, and she now has two options.

It is either turn professional, or remain with the Blue Devils and begin a Masters in physical education and exercise science.

She said: “I’m still weighing up my options to see what is best for me long-term. If I stay there, we would start in August and I would get a lot of games under my belt, so it would be a good game rhythm for me.”

Asked when she had to make a decision, the Inishowen woman replied: “In football you have to be willing to make last-minute decisions and figure out what’s best for you.”

In the meantime, she is in somewhat of a halfway house as she stayed fit with Connecticut Fusion’s amateur summer team.

NCAA — the governing body for US college sport — outlaws players going pro, and she has held off enlisting an agent as she decides which path to take.

She added: “I’m still working on that because if I was to stay in college in America, obviously they have NCAA rules where you’re not allowed that.

“So I still have to decide between the two. If I go back to America, I’ll be playing with the Blue Devils for another season.”

Otherwise, she is certain her professional career will take her to Europe, rather than the lucrative NWSL in North America.

But she insisted that decision will not be guided by her Ireland ambitions. Out of the picture for the first couple of years of Vera Pauw’s reign, she regained her place last season. McLaughlin added: “While I was in America, I got a call-up and I’ve been in here a year so I hope Vera knows what I can do. But I think making a move closer to home might benefit me more in the long run.”

She made her first start under Pauw on Sunday in the 1-0 win over the Philippines, a warm-up for Georgia.

She said: “Personally, I’ll take a lot of confidence from that performance. I haven’t started in a few years here.

“I only came into camp last year under Vera. To play the 90 minutes was really important.”

Now she hopes for a second consecutive start in Gori, when pressure will be on Ireland after last November’s record-setting 11-0 win over the same team.

McLaughlin added: “We just have to expect the unexpected. We have to create more chances than we did against the Philippines and take those chances.

“We prepare for each game as best as we can, no matter who the opponents are. Coming up to Georgia we’ll prepare as professionally as the Sweden game.”

But McLaughlin acknowledged that the team has never been in a better position, with confidence high after April’s 1-1 draw away to Sweden.

And she thinks that has fuelled the belief Ireland can finish second in the group — September’s home clash with Finland will be crucial — to secure a World Cup play-off.

She said: “Before the Sweden game, there was just this belief we can get something and we showed that by getting a draw — and we could have won.

“That’s different to other years where you’re playing against the No 2 nation in the world.

“But there is a strong belief we can get to the World Cup.”