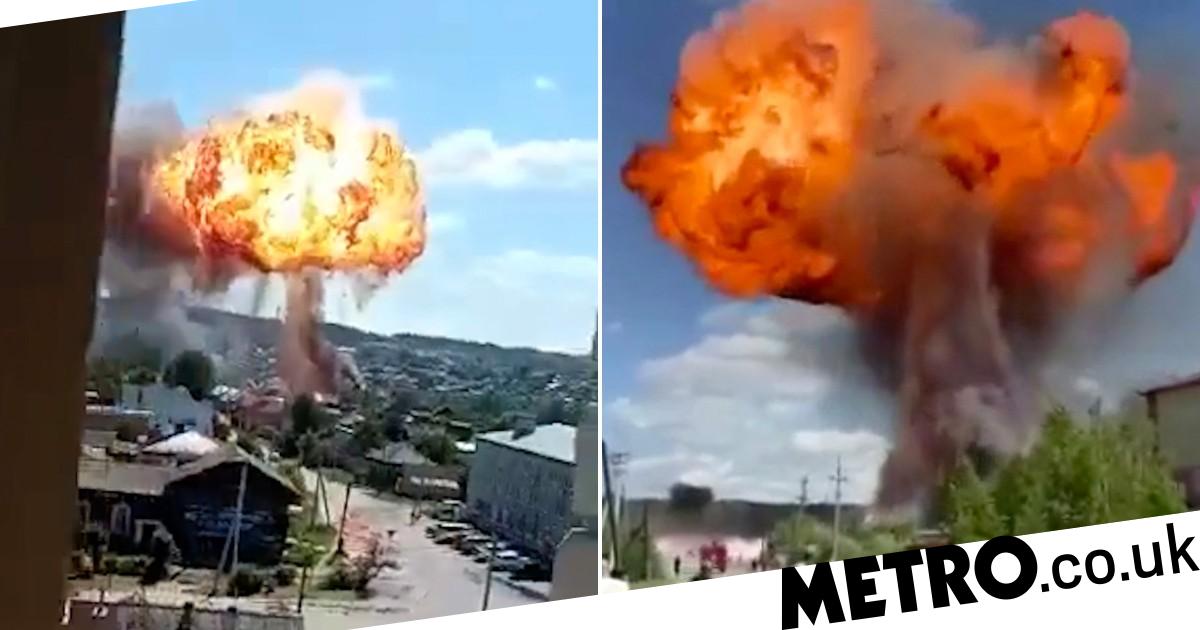 A gas explosion in the Russian Urals triggered a huge fireball just hours after a blast at a power plant caused a widespread blackout.

The two incidents are the latest in a series of mystery fires and explosions to rock the country following its bloody invasion of Ukraine.

First, flames erupted at Gysinoozerskaya Hydro-Power Plant from an unknown cause.

The fire sent a huge plume of black smoke rising into the air and caused a blackout across large parts of Siberia.

The Princess: Did Diana make Britain go mad? Or were we already?

Dave Bautista says ‘every f***ing man needs to be louder about the rights of...

Quick Area - July 1, 2022 0
A disabled BBC journalist has slammed airline Iberia and UK airports after saying he was left “stuck on the plane at Gatwick” following a flight home.Frank Gardner, the BBC’s security correspondent, posted a...
Read more

London-Manchester for £415? As flights are cut, air fares soar to unprecedented levels this...

Quick Area - July 1, 2022 0
As airline cancellations increase, seats are scarce and the shortage of availability is seeing air fares soar to unprecedented levels.Following a string of cancellations on Thursday between London and Dublin, almost all flights...
Read more

The green guide to visiting Stockholm

Quick Area - July 1, 2022 0
One might question why a green guide to visiting Stockholm is even needed. Sweden was recently named the most sustainable country in the world for tourism for the second time in Euromonitor’s Sustainable...
Read more

Quick Area - July 1, 2022 0
The airport experience this summer “is not going to be as good as it was in 2019”, the new Manchester airport chief has said.The airport’s managing director Chris Woodroofe warned that queues would...
Read more