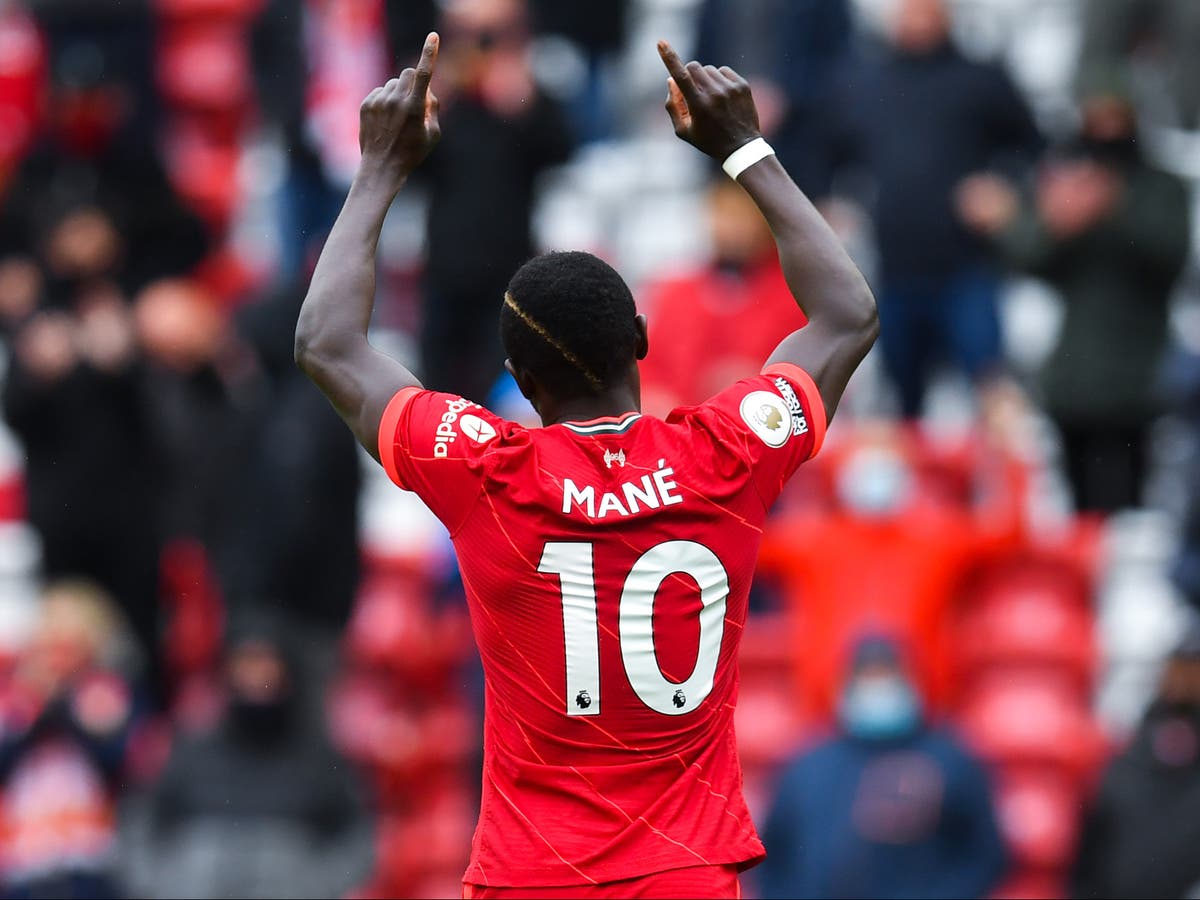 Sadio Mane had a twinkle in his eye when he said it. He would reveal more about his future, he said, after the Champions League final and, the way his 2022 was going, it is understandable if he imagined he would be able to announce his departure in a blaze of glory. He had already scored the winning penalty in the African Cup of Nations and the spot kick to send Senegal to the World Cup and, if he had missed from 12 yards when he could have clinched the FA Cup, Liverpool lifted that anyway, along with the Carabao Cup.

Mane had felt in the form of his life. He seemed in that happy place where a footballer has reached such a standard that confidence does not sound like arrogance and he touted himself for the Ballon d’Or. He may have only needed one more decisive display on a big stage to script his ideal goodbye. Perhaps he was inches – and an inspired goalkeeper – from delivering it. A combination of Thibaut Courtois and the inside of the post denied him the opening goal in the Champions League final. There were to be no celebrations, no on-pitch interview announcing the fondest of farewells. Instead, news emerged the following day that, after six years, Mane was calling time on his Anfield career. Liverpool’s first great Jurgen Klopp signing would not be a part of Klopp’s second side on Merseyside.

Yet, despite the rare sense of rejection from one of the definitive players of their modern-day golden age, despite Bayern Munich’s attempts to lowball Liverpool, it could largely be an acrimony-free exit. In part, that reflects gratitude for brilliance and the financial reality it can be better to get a fee now than none next summer. But a fanbase both soothed and excited by Darwin Nunez’s arrival can eye a replacement who is proof of the pulling power Mane helped provide. While the Senegalese revealed he was close to joining Manchester United before Klopp intervened in 2016, it seemed a more straightforward choice for the Uruguayan six years later than it was for him. Mane joined a Liverpool side that had finished eighth and left one who were arguably Europe’s most compelling team.

Mane was the slenderest of margins from bookending his Liverpool career with high-class goals in major matches. His debut at Arsenal was marked by a high-speed dart and unerring finish with his left foot. An ability to score against the elite was apparent at Southampton. It was underlined for Liverpool. In a four-week period in his last season, he scored three goals against Manchester City, two against Villarreal, others against Benfica and United. He was the first Liverpool player in 11 years to score in a Champions League final; he has a further four goals in Champions League semi-finals. One of his finest strikes came in 2019 away against Bayern, which may have piqued their interest. It showcased both the speed to run in behind a defence, but also the finishing prowess.

That pace made him a suitable spearhead but if he sometimes seemed quicker than everyone else, it was not just of foot but of footwork and thought. Some of Mane’s best goals, whether the backheel against Watford or the stooping header at Aston Villa or the overhead kick against Norwich, were products of inspired improvisation. His explosiveness was not confined to races: he could rifle a shot into the top corner off either foot.

The temptation was to see Mane the athlete, not the thinker, but his prowess in the channels required cleverness. His ability to adapt to Roberto Firmino’s role, as the deep-lying striker, revealed another aspect to his game. No one else excelled in all three forward positions in Klopp’s idiosyncratic system. Rewind to that debut goal at Arsenal and it is a reminder Mane’s first season was as a right winger. He spent the majority of the subsequent five years on the left.

Revisiting Klopp’s praise for him in recent months – “a machine,” “a warrior,” “absolutely insane,” – comes in the context of his ability to hype up even fringe figures as well as the probability it was an attempt at persuasion. Yet most of his comments stand up to scrutiny. Mane seemed a modern phenomenon. Buying him at 24 and selling him at 30, Liverpool may have got his peak years but Klopp – perhaps in a further effort to change his mind – said in February his best is yet to come and there is no evidence of physical decline. By his own admission, Mane had the worst season of his career in 2020-21; he had his longest Liverpool goal drought at the end of 2021. Yet he rebounded spectacularly in 2022.

And there is a sense that Mane’s goals could count for more, and not merely because of the opposition (of his five favourite sides to face – at least statistically – three are City, Arsenal and Chelsea). His return of 120 goals for Liverpool took him past another iconic left winger, in John Barnes, and feared forwards of earlier generations, in Kevin Keegan and Ian St John, all at better ratios. That average of 20 a season is more remarkable when it is considered none were penalties: indeed, only Les Ferdinand has more Premier League goals without ever converting from 12 yards. It was a way in which Mohamed Salah overshadowed and outscored him. He often seemed billed second.

Perhaps being supplanted by Salah prompted Mane to move on. Yet he set the tone. Incongruously, Steven Caulker was Klopp’s first signing for Liverpool. Mane was the pioneer in other respects: the first for a sizeable fee nevertheless set the trend for bargains, illustrating an ability to identify players who seemed designed for the German’s style of football. Klopp built from the front, making Liverpool quicker and more prolific before they actually won anything. They completed Mane’s first season unbeaten against the top six, his fearlessness a factor in showing they could beat the best before they could be champions of Europe or England. The personification of their ability to blow anyone away, he altered the trajectory and tactics of a team. The narrow front three worked with him; in part, because of him. Perhaps, as with many an outstanding Klopp player, there is a question how good he is when separated from the system and the sidekicks. Mane and Bayern are about to find out.