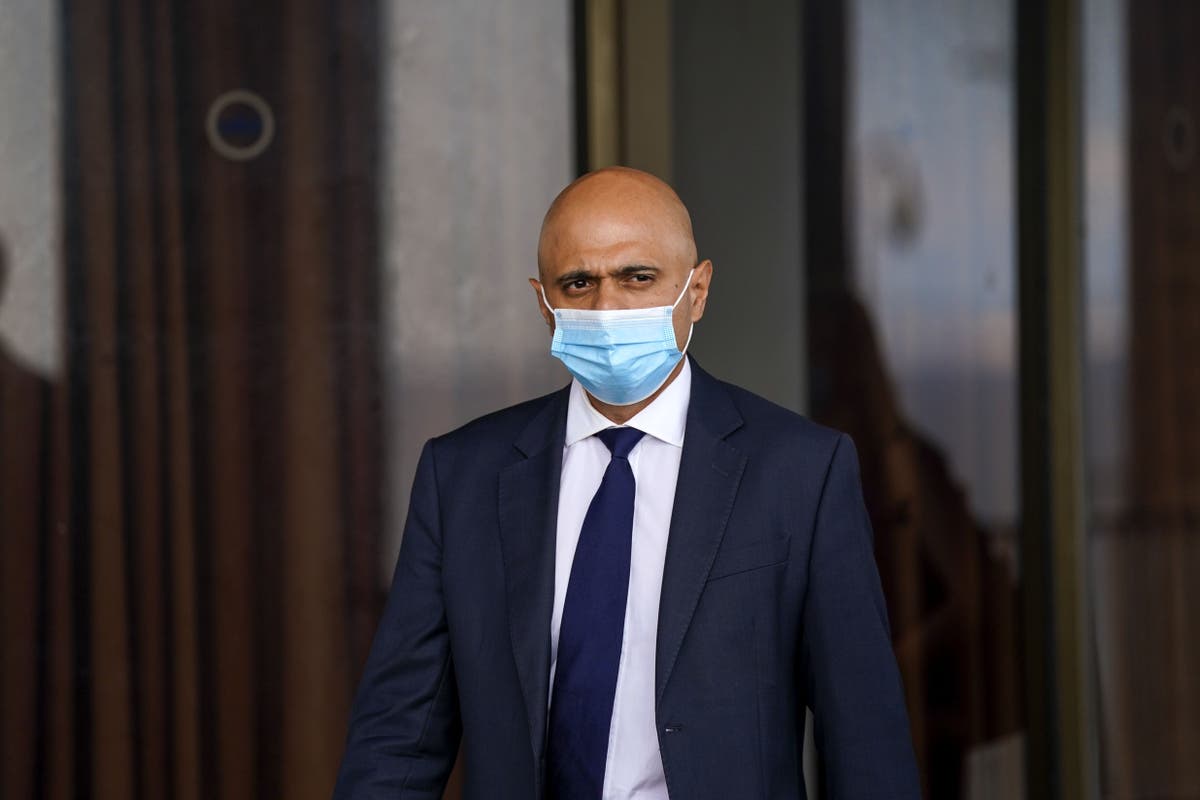 Sajid Javid quit as Health Secretary as the NHS marked its 74th birthday.

Just five hours before resigning from the top health job in the country, Mr Javid praised the NHS as the “greatest national institution”.

“We all have a reason to be grateful to the health service so, from everyone across the country, happy 74th birthday to the NHS,” he said.

Hours later he published his explosive resignation letter, declaring that he had lost confidence in Prime Minister Boris Johnson.

The Bromsgrove MP joined the Department of Health and Social Care in June 2021, after his predecessor Matt Hancock resigned from his Cabinet role for breaking social distancing rules by kissing and embracing an aide in his office.

Mr Javid faced a baptism of fire, taking the job in the middle of a pandemic.

He was appointed on June 26, just days before the UK’s so-called “freedom day”, when remaining Covid-19 restrictions were lifted.

Mr Javid stressed that he was keen to help the NHS resume usual activity and tackle the backlog of care while setting out ambitions to modernise the service.

But his plans were waylaid in the autumn as the Omicron wave came to the UK and the national focus returned once more to Covid-19.

The national booster programme was extended to all adults and the NHS braced for another challenging winter grappling with coronavirus.

It was not until March 2022 that Mr Javid finally gave his first major speech as health secretary, when he set out his priorities for the service – “the four Ps”: prevention, personalisation, performance and people.

Commenting on Mr Javid’s resignation, Saffron Cordery, interim chief executive of NHS Providers, said: “Trust leaders thank Sajid Javid for his service, particularly in seeing through the biggest health reforms in a decade in the shape of the new Health and Social Care Act and his initiation of the Messenger review of leadership in the NHS.

“All eyes will be on how the new health and social care secretary addresses major challenges, including serious workforce shortages right across the NHS, the forthcoming NHS pay award amid the cost of living crisis, and the government’s New Hospitals Programme, which promises to give the NHS much-needed capital investment to benefit patients and the quality of care.

“More support for an underfunded and overstretched social care system is also desperately overdue to help to ease mounting pressure in the whole health and care system.”

Mr Javid often said that he held a unique perspective on government business, having served in a number of ministerial roles.

He left behind a career in finance and became MP for Bromsgrove in 2010.

He held roles in the Treasury from 2012 until he was made culture secretary in April 2014, becoming business secretary in May 2015 and housing secretary in July 2016.

After being made home secretary in April 2018, Mr Javid talked openly about how he experienced racism at an early age and “could have had a life of crime” after growing up on “Britain’s most dangerous street”.

His appointment to the role made him the first British Asian to hold one of the great offices of state.

In July 2019 he was appointed to Mr Johnson’s first cabinet as chancellor.

But he was just six months into his role, and less than a month away from delivering his first Budget, when he quit, after being told he must sack all his advisers if he wanted to keep his job.

Some 16 months later Mr Javid returned to Cabinet as health secretary, making him the 31st person to hold the post since the inception of the NHS on July 5, 1948.

He is the son of a bus driver who arrived in England from Pakistan in the 1960s with just a pound in his pocket.

To colleagues, he is The Saj.

Born in Rochdale and raised in Bristol, he went to a state school and studied economics and politics at Exeter University.

Mr Javid made it to the final four in the contest to replace Theresa May as Tory leader in 2019, but dropped out and subsequently endorsed Mr Johnson.

Carrie Symonds, the Prime Minister’s wife, was once a special adviser to Mr Javid during his tenure as communities secretary.

Hundreds of families without water after taps run dry