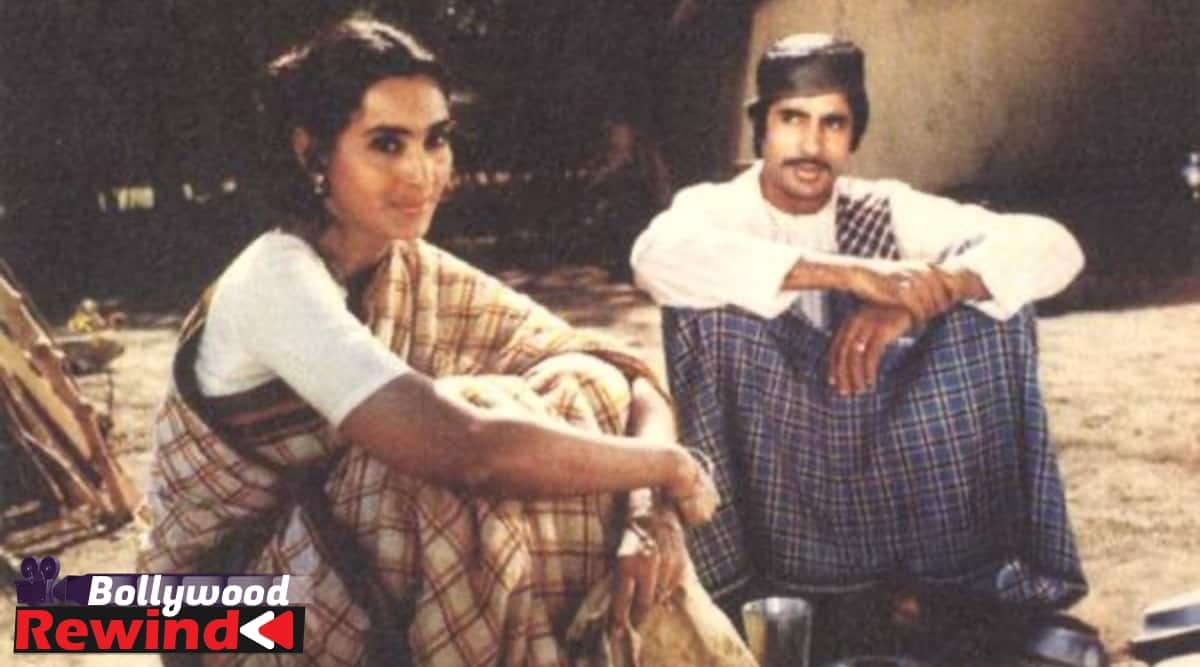 In one of the earlier scenes of the 1973 film Saudagar, Nutan’s Majubi requests Amitabh Bachchan’s Moti for higher wages as she is paid peanuts for her labour in his jaggery business, even though her contribution to his business is of paramount importance. But like many employee-employer relationships, she is asked to explain why she needs a raise. The woman is earnest, honest and in desperate need of some additional cash but Moti promptly questions, ‘Why does a single woman like you need more money?’

It is this scene that sets the tone for Sudhendu Roy’s Saudagar where the society assumes that women are cheap labour, and if she happens to work in her husband’s business, then it is a great chance to exploit her without paying any wages. This is a rare film that explores Amitabh Bachchan in a grey role that gets darker as the film progresses. Saudagar came just before Bachchan made it big with the ‘angry young man’ avatar and was still dabbling in Hrishikesh Mukherjee’s slice-of-life movies.

Amitabh’s Moti is a calculative businessman who is keen to have a wife. He falls in love with Padma Khanna’s Phoolbano but as soon as learns that the mehr required to marry her is way beyond his budget, he is stumped. He needs to make more, save more so he comes up with a thoroughly disgusting plan – ‘Why not marry Majubi so I don’t have to pay her and I can save enough for mehr?’ And so he does!

For Bachchan’s Moti, wives are supposed to keep the bed warm, feed the men, and of course, contribute to their business without any compensation. The woman could be doing it out of love, but the man believes that it is her duty to abide by his rules and work even when she wants to take a day off. Once Moti has enough money saved for the mehr, he leaves Majubi disgracefully and accuses her of cheating on him, which he has been doing all along.

Unlike many other films of the time where the ‘hero’ is given a last-minute redemption arc to save his ‘manly’ image, Saudagar judges Moti for his actions and is thoroughly sympathetic to both Majubi and Phoolbano. At one point, when his business starts declining because his new wife isn’t as skilled at making jaggery, he ends up beating her with a stick. And it is after this scene that Moti is beyond redemption.

He is the kind of man who values himself on the basis of how others perceive him, and so when he starts making losses, his ego takes a hit. Like a story from the Panchtantra, this is the point in the story when he remembers what he has lost in Majubi but is well aware that it is too late to make amends. But the film still doesn’t give him a free pass. Instead, it highlights the magnanimity of Nutan’s character. Even though Moti does not deserve her forgiveness, she is ready to help him for Phoolbanu, who is now stuck with an egotistical man in a patriarchal society and Majubi knows exactly what she is going through.

Over the decades, Saudagar has remained unnoticed as both Amitabh Bachchan and Nutan have done far more popular and critically acclaimed films, and perhaps is only remembered for its songs like ‘Sajna Hai Mujhe Sajna Ke Liye’, ‘Tera Mera Saath Rahe’ by late composer Ravindra Jain. The film was made under the banner of Rajshri Productions, which is now known for making over-the-top family dramas, but was then known for making smaller, experimental films set in the heartland.

Set in a small village, Saudagar acknowledges its surroundings but also points out its flaws, thus making it a forward-looking, progressive film. The values portrayed by Moti in Saudagar seem archaic in 2022, and the film, which was made 49 years ago, accepts them as unjust, punishes him for his actions, which seems like a win for a film that was made way before our society was remotely conscious of women’s portrayal on-screen.