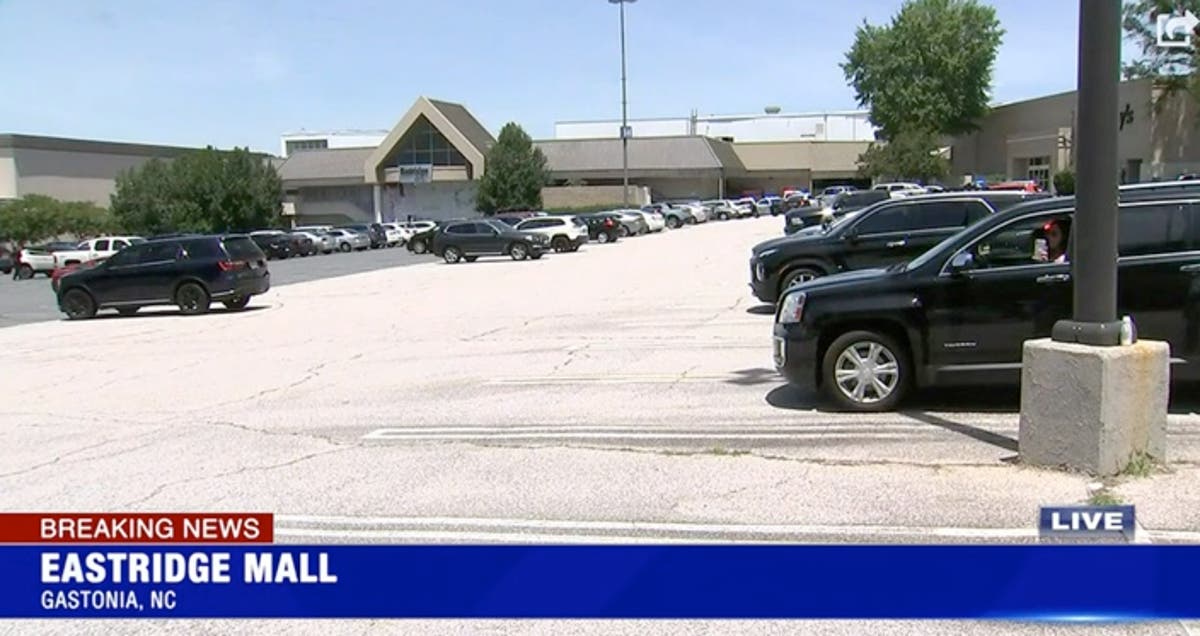 Three people have been wounded in a shooting inside a shopping mall in North Carolina that sent panicked shoppers fleeing to safety and sparked a search for at least one suspect.

Gunfire erupted in the food court in the Eastridge Mall along North New Hope Road in Gastonia on Friday afternoon, according to authorities.

Gastonia Police said that officers were called to reports of a shooting just after midday and arrived on the scene to find three victims suffering gunshot wounds.

Gaston Emergency Medical Services told Channel 9 that the victims were rushed to hospital but are all expected to survive.

No arrests have been made with police searching for one or possibly two suspects.

Police told Channel 9 that at least one suspect was spotted running away from the mall in the direction of some neighbouring woods.

Despite the shooter or shooters remaining at large, officials sought to reassure the public that there is “no active threat” at this time.

The mall was placed on lockdown and police were working to clear the building and evacuate shoppers safely.

Gaston Police said that some mall employees and shoppers barricaded themselves in stores so officers are going store to store to find people.

Members of the public are urged to stay away from the area around the mall.

Family members of shoppers or employees looking for their loved ones are being told to go to the parking lot of nearby restaurant Lucky Samurai.