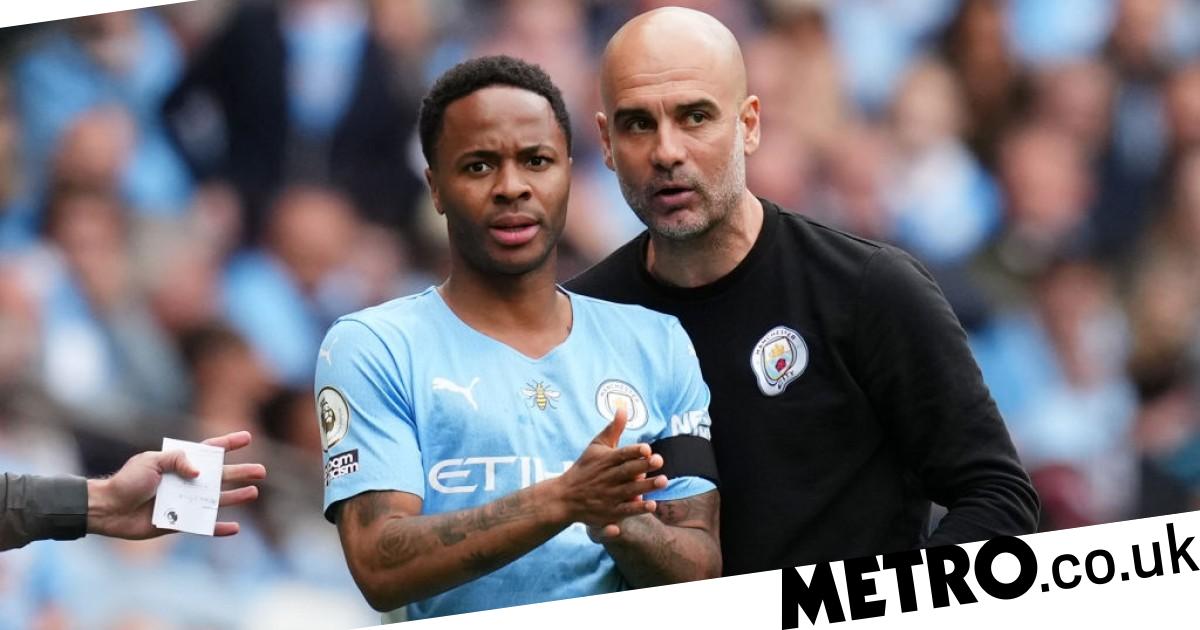 Steve McManaman believes that leaving Manchester City for Chelsea would be a good thing for Raheem Sterling but that it will not affect Pep Guardiola’s side at all.

Sterling has been repeatedly linked with a move to Stamford Bridge and City are reportedly happy to let him leave for the right price, with the England international’s contract expiring next summer.

The 27-year-old has scored a stunning 131 goals and made 95 assists since moving from Liverpool to the Etihad in 2015, winning four Premier League titles and five domestic cups.

Thomas Tuchel is keen to add the forward to his roster and McManaman approves, telling Horseracing.net: ‘I think it’ll be a good move for Raheem because he’s an excellent player and his goals over the last few years have proved that.

‘I wouldn’t necessarily say he’s better than Riyad Mahrez and Jack Grealish but I don’t think that’s the right comparison because they’re all different players.

Lukaku is set to re-join Inter Milan on loan after his disastrous return to Chelsea last season, and the Blues need a regular goal scorer if they are to challenge for the title.

However, while McManaman rates Sterling, the former Liverpool, Real Madrid, and City star doesn’t think his exit will hurt the Citizens’ chances of winning silverware next season.

‘There is the fact that you’re letting one of your players go to a title rival, but Pep Guardiola might be happy for him to do that because he knows he’s going to keep Bernardo Silva, Mahrez and Grealish,’ he added.

‘Pep let Leroy Sané leave a couple of years ago and we all thought he was a really good player. They still continued to go on and win the league.

‘You just have to trust Pep and what he wants to do, and what the player wants. If the player wants to play more games and tells the manager they want to leave, then that’s football now, but Manchester City are blessed in those positions.

‘Manchester City are the favourites for all the trophies next year. Chelsea are not. There are too many question marks around Chelsea at the moment regarding the takeover, which players are leaving, a number of their hierarchy leaving, which players are going to come in and how large a transfer budget they’ve got.’