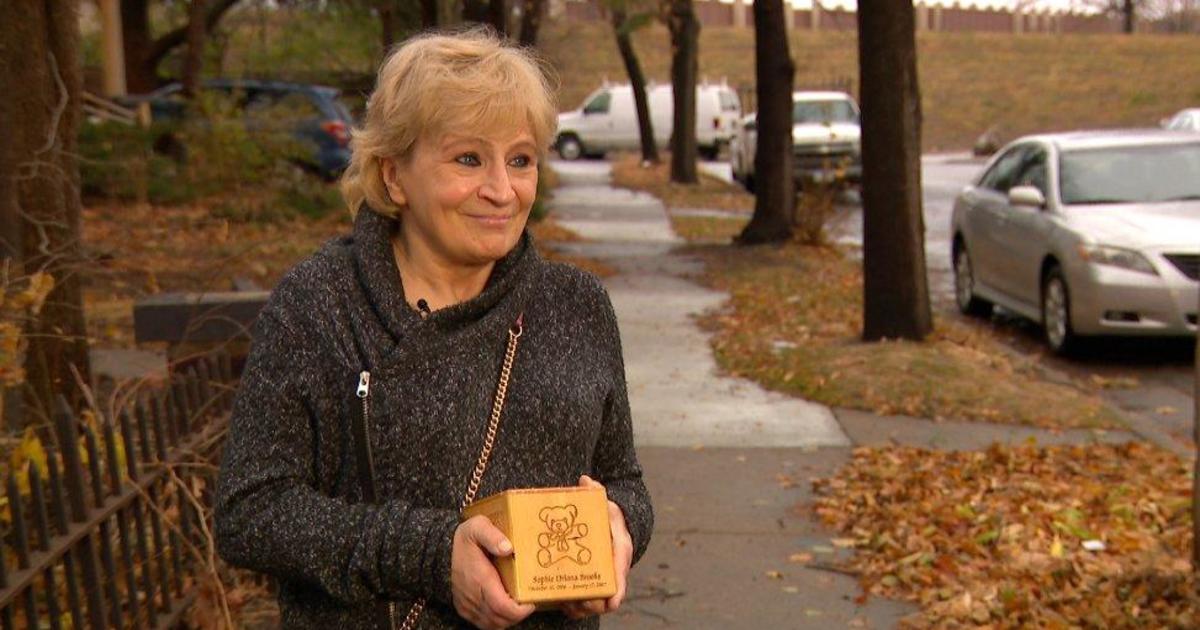 MINNEAPOLIS – Almost a week after it was stolen, a mother has been reunited with the box containing her daughter’s ashes.

Jennifer Rucci was losing hope that she would ever have her daughter Sophie’s ashes again. Her only daughter passed away in 2007 at just 3 weeks old.

The box was stolen from her car, among other items that Rucci planned to bring inside her sister Christine’s place in Minneapolis.

“It was just devastating to find out,” Jennifer said. “We were hoping that something would come out of this, but we really, you know, it just seemed so far-fetched.”

On Monday, Christine spoke with WCCO about the ordeal.

“I just know whoever took her didn’t try to. They didn’t know, and I’m just hoping they have a heart and will return her,” Christine said.

On Wednesday, someone sent reporter Kirsten Mitchell a message with photos of the box hoping to connect with the family. The person said they saw the story on WCCO and found the box outside, near their apartment.

“I couldn’t believe it when we got your call,” Jennifer said. “It gets to the point where you think it probably isn’t going to happen,” Rucci said.

The sisters picked up the box hours later at an apartment not far from where it was stolen. The box was still intact, but had a few wood chips and dents.

“I don’t mind any of the dents because, you know, we all have bumps and bruises and scars, but this is Sophie [laughs]! She made it back home anyway and I’m so thankful,” Jennifer said.

The family still doesn’t know who stole the ashes or the other items, but say they don’t have any interest finding out now that Sophie is back home.

Kirsten Mitchell joined the WCCO team as a reporter in November of 2021. A Saint Paul native, Kirsten is proud to tell stories in her home state. She graduated from the University of Minnesota-Twin Cities (Go Gophs!) and interned at WCCO during her time there.

Rhode Island’s capital city will spend $10 million in reparations, and it could benefit White residents