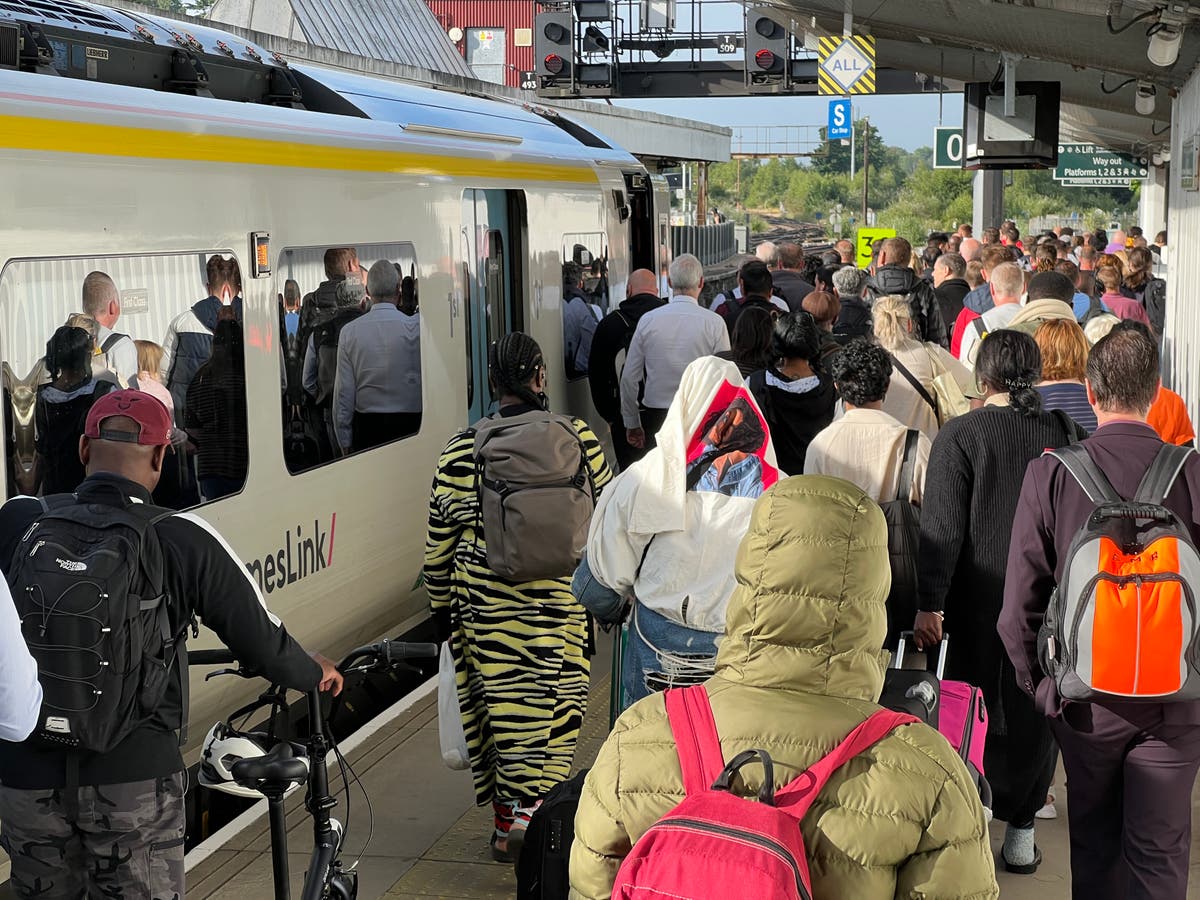 The very first article in The Independent’s series of 48 Hours coincided with the last great rail strike. It was the long, hot summer of 1989. The railway workers felt they were undervalued – with pay to match – and exercised their right to take industrial action. Early one morning in that momentous year, as I emerged from the smoky interior of the Caledonian Airways plane just landed at Gatwick airport from Istanbul, it quickly became clear no trains were running anywhere in Great Britain. I had no choice but to spend almost as much as the trip to Turkey had cost on a taxi that fumed in traffic for three hours before finally reaching London.

On Tuesday 21 June, the first day of the next great rail strike, I planned to replicate at least the last part of the journey – sadly without the sheer wonder and indulgence of Istanbul to precede it. I would head for Gatwick and see how the strike-bound journey would prove in the summer of 2022.

My cunning plan came unstuck as soon as it had begun. Like other travellers hoping to reach the Sussex airport in the early hours, I had seized upon one of the very few trains scheduled to be running in the early hours of 21 June. The instruction by the RMT union was not to start work after midnight; but shifts that had begun needed to be finished. So the night shift of signallers and other staff were on duty until the end of their working day, and trains could run.

A small crowd of airline passengers and I gathered at Blackfriars station in central London. We had our hearts set on the 3.40am departure to Gatwick airport. But this train was unceremoniously axed because of “driver shortage” – nothing to do with the strike, just run-of-the-rails disruption.

To replace what was now a ghost train, it was a simple matter for us disappointed rail passengers to summon an Uber. Six of us squeezed into a Citröen Picasso for the one-hour run to Gatwick, splitting the fare and paying £15 each – barely more than the rail fare. While compressed into one of the “bonus” seats at the rear of the car, I heard about my fellow travellers’ plans for Nice, Belfast, Porto, Barcelona and Paris.

While they prepared to fly to exciting cities, I prepared to head straight back to London. Unlike in 1989, a daytime rail service was promised – with up to eight trains an hour from the airport to the capital. The Thameslink trains on the route are built for driver-only operation, and the drivers almost all belong to Aslef – which is not (yet) in dispute. Time for a cup of tea before hopping aboard the first fast train of the day. With Network Rail managers providing the signalling, what could possibly go wrong?

I was about to find out.

The express to London was axed “due to train crew difficulties”. Not a great start. But a slow train was dawdling its way towards Gatwick and would get me there. Or so I thought. I claim to be the first person on 21 June to have three trains cancelled in quick succession. The slow train suffered a technical failure and we were sidelined into platform zero at Redhill and told to abandon that journey. A replacement was on its way – but from platform 2, which required hundreds of people to wrestle absurd amounts of luggage down a narrow staircase and up another, in the manner of a particularly extreme challenge in the popular Seventies/Eighties entertainment programme It’s A Knockout.

We finally rolled into London Bridge station nearly an hour later than planned. But this was all “normal” disruption. The Tube was closed, but buses were running and traffic flowed freely – unlike the gridlock in 1989.

Liverpool Street, King’s Cross, St Pancras and Euston were quieter than normal but were far from ghost stations. At Paddington, I met hundreds of international visitors arriving from Heathrow airport by rail (the Piccadilly line not being an option), as well as some holiday visitors from Cardiff going to the only city open to them by rail. Unlike the paralysis of 33 years ago, the day felt fluid and relaxed. “The laptop lot have stayed at home,” one official told me.

I realise that half the rail network saw no trains at all, and that anyone attempting a journey other than in or out of London faced challenges. But the country did not grind to a halt. The workers’ call for a decent pay rise to cope with the cost of living crisis is fair. So is the taxpayers’ wish to pump rather less cash into the railway. As both sides know, the solution is higher productivity enabling lower costs. The sooner the sweet spot is found, the less tarnished the reputation of rail will be.