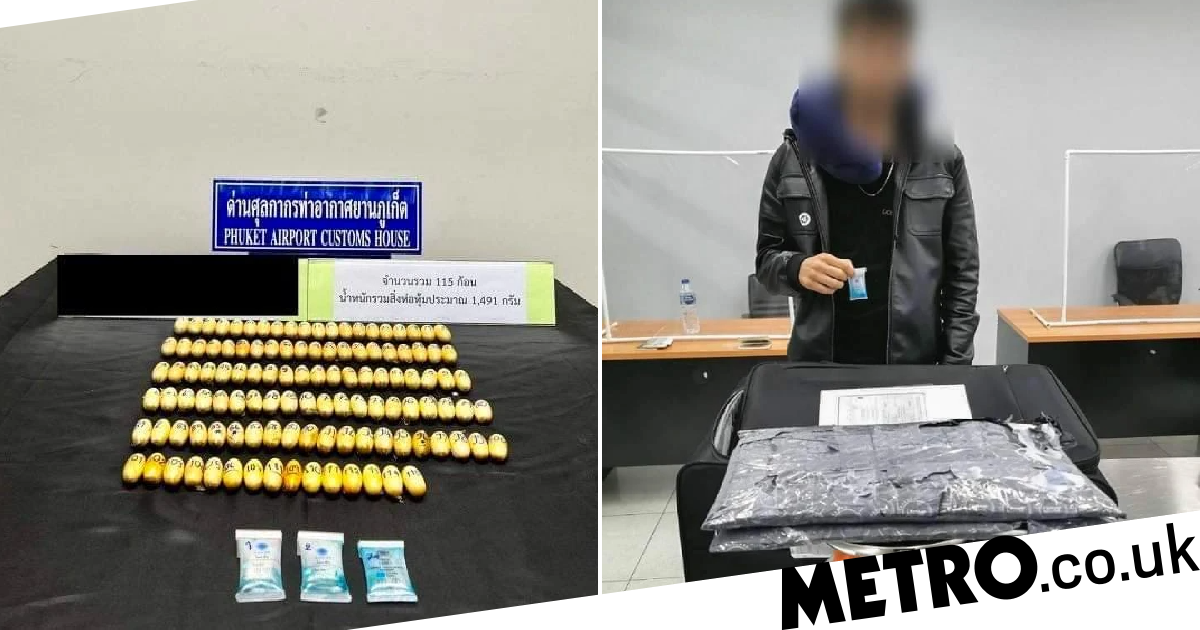 A drug mule with 151 cocaine capsules in his stomach was arrested at an airport in Thailand.

They didn’t find anything in his bags but suspected he may have swallowed the goods, so he was taken for an X-Ray at Thalang Hospital.

Medics were shocked when they found the capsules in his stomach which reportedly weighed almost 2kg and were worth £103,000.

He had flown from Ethiopia to Phuket International Airport on June 9.

Customs Department spokesperson Chaiyut Khamkun said: ‘We have been strict in intercepting these unwanted smugglers especially since the country is opening up once again to travelers.’

The agency’s spokesman added that through their continuous efforts, they have already caught four drug smugglers in under five days.

He said: ‘Four foreigners have been caught in a span of five days from June 9 to 13. The first one was in Phuket Airport while the second group was caught in Bangkok.’

On June 13, another three travellers from Brazil were caught hiding cocaine inside their bags that weighed 15.7kg.

It had an estimated sale value of just under £1.1 million. The bags were reportedly customised with secret pockets where the drugs were kept.

The alleged drug traffickers were remanded in custody during investigation.

Thailand suffered a major economic downturn due to the pandemic, but its tourism industry has shown signs of recovery after it reopened its doors to foreign visitors.