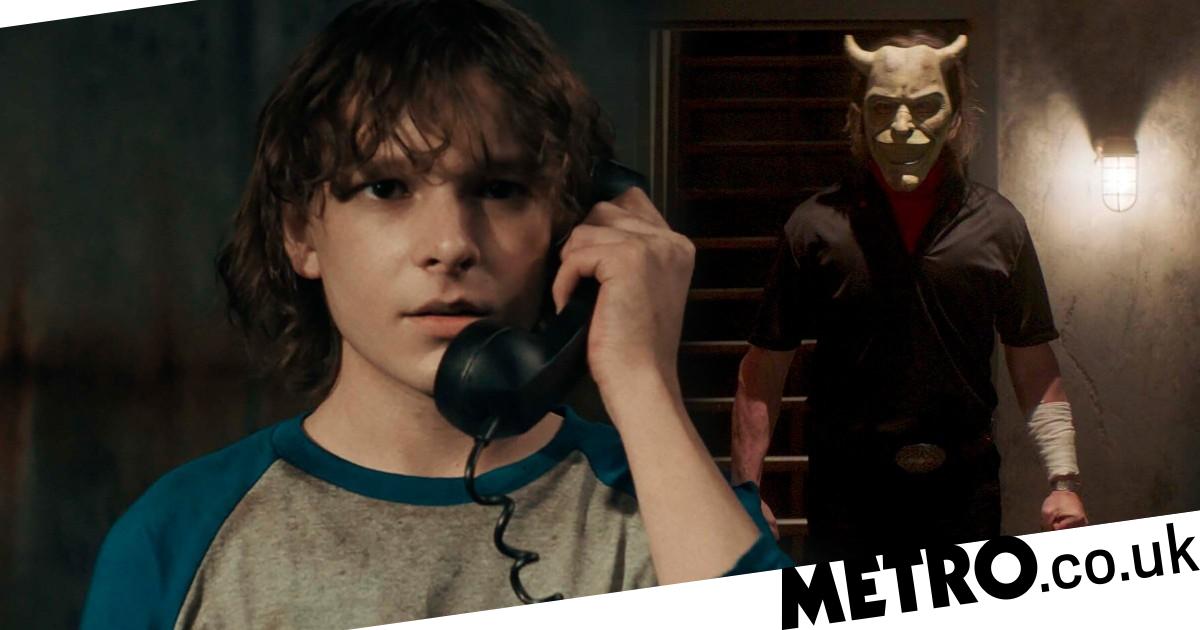 This much anticipated Blumhouse horror boasts a pedigree bloodline.

The Black Phone is based on a short story by Stephen King’s son, Joe Hill, which accounts for the authentic Stephen King influence on a supernatural coming-of-age tale set in the 1970s.

There’s a serial killer called ‘The Grabber’ (Sinister star Ethan Hawke in a creepy grin mask) on the prowl in a small Colorado town, who coaxes children towards him with the words ‘would you like to see a magic trick?’ before bundling them inside his van under a big bunch of black balloons.

The latest to be grabbed is 13-year-old Finney (Mason Thames), a smart but cowed kid with an abusive, alcoholic father (an OTT Jeremy Davies).

Waking up in a bolted, soundproofed basement, Finney’s only hope is a disconnected black phone that contains the voices of dead children (the Grabber’s previous victims) who try to help Finney to escape.

And though an excellent opening section doesn’t quite live up to its early promise, the film is well directed by Scott Derrickson (who quit the latest Doctor Strange film over ‘creative differences’).

However, most of the time I felt one beat ahead of the plot and only two of the jump scares work – one sent my preview audience into giggles, whereas the other zapped us shrieking off our seats.

A solid horror is what we’re saying here, with another committed villainous role by Hawke.

But the big buzz about The Black Phone comes from newcomer Madeleine McGraw, who is all-round spectacular as Finney’s psychic little sister. Defiant, funny, vulnerable, grounded, other-worldly – McGraw’s got the whole package. Her agent’s phone must be ringing off the hook.

The Black Phone is in cinemas now.


MORE : From The Black Phone to classic scary flicks – why on earth are we so hooked on horror films?

Chris Hemsworth says baring all in Thor: Love and Thunder was a dream

Games Inbox: What games should be added to PS Plus Premium?

Love Island: Tasha breaks down in tears as she confronts Luca and Dami