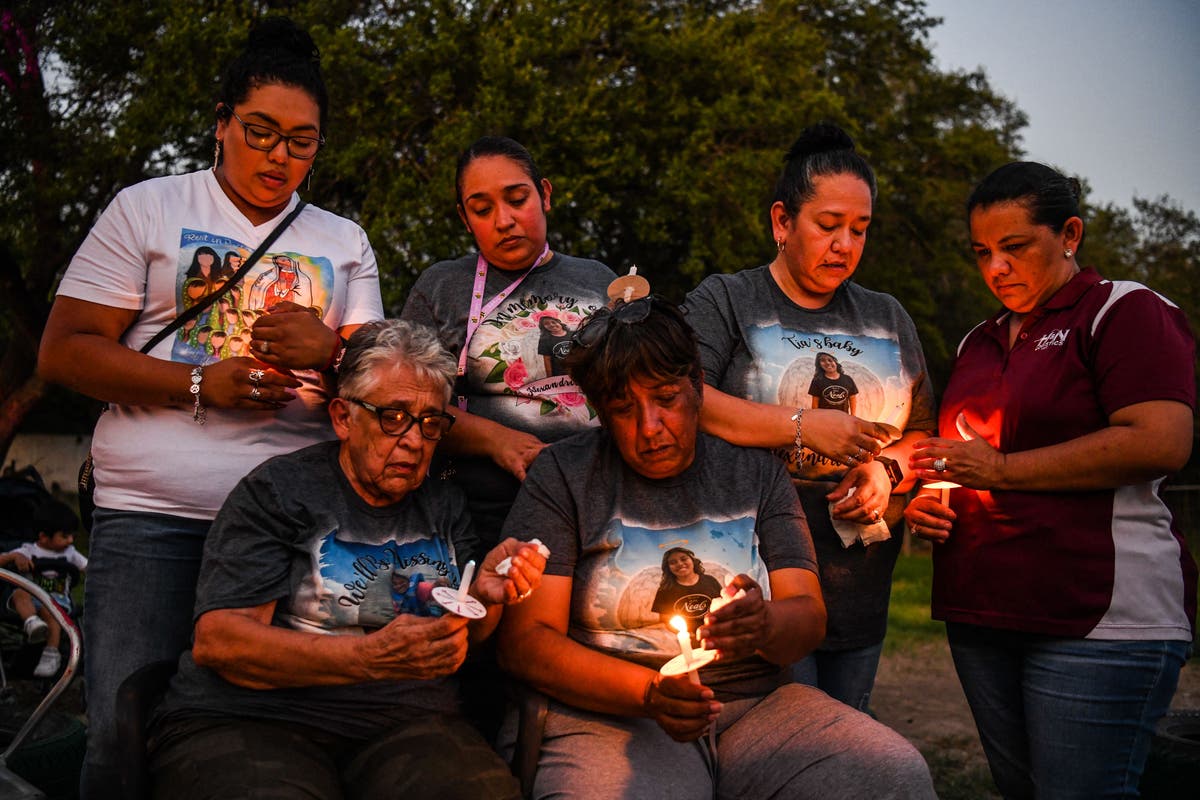 Jillian Peterson and James Densley have really crunched the numbers.

The academics have scrutinised data from 180 mass shootings within the United States and looked for pattens.

They found that in 80 per cent of cases, the gunman – it is almost invariably a young man – had suffered and displayed the signs of some sort of personal crisis prior to the incident, and that almost all intended to lose their lives. Many had already contemplated suicide.

One of the myths they debunked was that the shooters would be termed mentally ill by most definitions: psychosis, described as when people lost touch with reality, was a factor in less than 30 per cent of shootings.

One of the most striking findings of The Violence Project – and perhaps somewhat obvious with hindsight – is that the shooters were not outsiders, or “monsters”, before they carried out their shootings; rather they were part of the community they devastated – sons, nephews, classmates and friends.

“It’s instinct to cast aside mass shooters as monsters – their destruction is horrific and beyond comprehension,” Peterson and Densley write in The Violence Project: How to Stop A Mass Shooting Epidemic.

“And still we are losing. The monsters aren’t going away. In fact, there are more and more of them. And they are killing more and more people with each passing year.”

They add: “The monsters are not ‘them’, they are ‘us’ – boys and men we know. Our children. Our students. Our colleagues. Our community. They’re walking in and out of the same secure doors we are, past the same armed guards every day, like the rest of us.”

Critically, the two academics, who work from the Twin Cities of St Paul and Minneapolis, have not simply created a database. They argue that by analysing the commonalties among shooters, they can provide “off ramp” tools for teachers and parents, and school safety officers, to identify signs of crisis before they turn deadly, and intervene.

Some of their input into these techniques is coming from the US Secret Service, that has spent years following the attempted assassination of Ronald Reagan in 1987, to try and improve its entire approach to threat assessment.

The National Threat Assessment Center (NTAC), headed by Dr Lina Alathari, was established in 1998 and is made of social science researchers and regional managers “who support and empower our partners in law enforcement, schools, government, and other public and private sector organisations to combat the ever-evolving threat of targeted violence impacting communities across the United States”.

Researcher talks about identifying people who might commit mass shootings

Less than a year after they published their book, the founders of The Violence Project are in conversation with several school districts in the Twin Cities to attempt some of their “off ramp” ideas.

The work of the two researchers comes at a critical time for the United States as it continues to struggle to address gun violence, either through firearm regulations or some sort of intervention.

As many as 45,000 people lost their lives to gun violence in 2020, the last year for which data is available, either as a result of murder or suicide.

A mass shooting, allegedly carried out by an 18-year-old with white supremacist ideology, left 10 Black people dead in Buffalo, New York, in May. Less than two weeks later, 19 elementary school students and two teachers were shot dead in Uvlade, Texas, by a local high school student.

In Texas, the 18-year-old gunman, who was killed by police, had previously made online threats to girls, vowing to rape or kill them, but they had been ignored or laughed off because “kids joke around like that”.

In Buffalo, alleged gunman Payton Gendron, 18, who survived, said he wanted to “commit a murder-suicide”, when asked about his plans once he graduated.

Police were called, and the student said he was joking. He had a psychiatric evaluation in a hospital but was released within a couple of days, and when he graduated two weeks later, he fell off the radar of his teachers.

He has been charged with 10 counts of hate crime resulting in death.

Perhaps most strikingly, Ethan Crumbley, the teenager charged with attacking his own high school in the suburbs of Detroit in December 2021, is said to have texted his mother about seeing demons and ghosts in the family home, filmed himself torturing animals, and obsessed over firearms and Nazi propaganda in the weeks before the shooting, that killed four people.

Densley, 40, originally from Britain and professor of criminal justice at Metropolitan State University in St Paul, tells The Independent the project’s work has been somewhat controversial, and both he and Petersen have received death threats. He believes most of those who makes threats do not actually take the time to look at their work.

“In some ways, we are doing things a little bit outside of the conventional academic space. There’s inherent risks doing that,” he says.

“But I think we were very intentional when we were doing this project, which was to say, this is an issue that needs public attention. And there have to be practice and policy implications.”

He adds: “So we can’t just bury this in some peer reviewed journal article that nobody will read. We have to be willing to be a bit more outspoken about the findings from the research, and absorb some of the risks that come with that.”

Densley says he was working as teacher in New York at the same time, trying to help youngsters who were often coming from difficult backgrounds, and wanting to do more.

At the start of their book, the pair detail the interrogation video of 19-year-old Nikolas Cruz, who in February 2018 shot and killed 17 students and staff at Marjory Stoneman Douglas High School in Parkland, Florida.

His younger brother asks what their mother, who died of pneumonia three months ago, would think.

“A monster?” the shooter starts to shake, they write.

In an interview with PBS News, Peterson said the examination of the data threw up many striking patterns.

“We studied the life histories of 180 perpetrators who killed four or more people in a public setting,” she said.

“And we identified this common pathway to violence that we saw over and over again. It often started with kind of serious violence in childhood, abuse, neglect. Different forms of trauma kind of laid the foundation. Then you see, over time, a build where they become isolated, depressed, hopeless.”

She adds: “Oftentimes…they’re actively suicidal or have attempted suicide previously. Then that self-hate kind of turned outward, and you see perpetrators finding who it is that they blame for how awful they feel.”

Densley says their work has been helped by input from the US Secret Service, one of the US’s oldest federal investigative law enforcement agencies.

Tasked primarily with the protection of the president and vice president, the agency has devoted much effort and resources to the issue of threat assessment, particularly after the 1981 assassination attempt on Ronald Reagan, which only narrowly failed.

“Threat assessment, this idea of can we spot the warning signs of violence and intervene early, has its lineage out of the 1980s, and the federal work done around trying to prevent assassinations of politicians,” Densley says.

“The Secret Service is the one that started to put together some of the early protocols around threat assessment. And the Secret Service has continued to do that work, including in the school space.”

If you Google the worlds “Secret Service Threat Assessment schools”, he says, you’ll find a number of protocols on there and best practices.

The Secret Service did not immediately respond to inquiries from The Independent.

“While communities can advance many school safety measures on their own, our experience tells us that keeping schools safe requires a team effort and the combined resources of the federal, state, and local governments, school boards, law enforcement, and the public,” Secret Service director James Murray wrote in 2019.

The team is also collaborating with schools in the area around Minneapolis, and has been speaking to principals and district administrators, whose students have grown up in an era of active shooter lockdown drills to try and advance prevention.

One of those schools that is working with The Violence Project to trial a series of new protocols is Roseville Area Schools, located less than 10 miles northeast from the downtown of Minneapolis. It has around 75,000 in its district, and Melissa Sonnek is the assistant superintendent.

She and her colleagues listened to Densley speak to them, and agreed to incorporate some of the project’s ideas in their plans to create a safer environment.

One fundamental idea is to give all teachers training in basic mental health awareness, another is an anonymous tip line where students or parents can forward any concerns or worries they may have.

Sonnek says they are also trialing a new app for students phones – the “Stop It” app.

“This will be an app that students in some of our secondary schools have access to where there’s a 24 hour crisis response,” she says, speaking from from Roseville. “And somebody responds, each time a student hits the app.”

Sonnek says she and her colleagues were struck but the hard data that Densley and Peterson presented to them. They also liked the idea of acting head of a crisis to try and avoid scenes such as Uvalde and Buffalo

“ I would say it takes a more like it takes a more human approach that humanises people as well like our shared humanity and how we’re connected to one another,” she says. “I think that everybody would much rather prevent a shooting from happening or prevent an act of violence, rather than we’re going to be really equipped if it does happen.”

She says there is a part in the pair’s book, the last chapter, that talks about “hope”.

She adds: “And I think this is the path to how we get there.”

Putin could be assassinated ‘with a hammer to the head’

Madden 23: Release date, pre-order deals and what’s included in the All Madden edition

Woody Allen says he’s a ‘prude’ and would remake his most ‘dirty’ movie in...

Big league aviation: Is Heathrow worried about slipping down the table?

Quick Area - June 28, 2022 0
“Ten of the top 40 global airports are European,” reports Eamonn Brennan. He is director-general of Eurocontrol, the continent-wide provider of air navigation, and therefore has plenty of interest in the health of...
Read more

Lufthansa is bringing back the A380

Quick Area - June 28, 2022 0
(CNN) — The A380 superjumbo is beloved among aviation fans, thanks to its spacious interior, mighty size and quiet inflight experience, but its days have been numbered since Airbus announced in 2019 it...
Read more

Why are so many flights being cancelled?

Quick Area - June 28, 2022 0
For many in the UK, a spring or summer holiday has become a “fingers crossed” prospect rather than a sure thing.As anyone who has a flight booked in the coming weeks will know,...
Read more