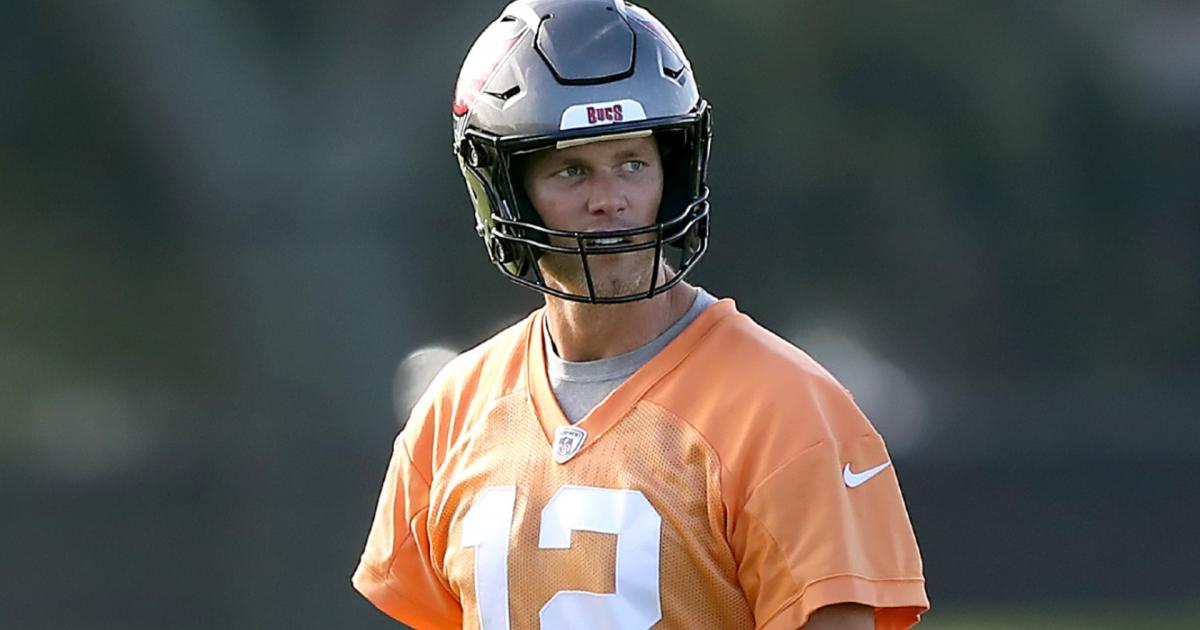 Tom Brady might not have been sporting a Buccaneers helmet for the past couple of weeks, but he was wearing a helmet while he was absent from training camp. At least, that’s what he’d like you to believe.

The Buccaneers quarterback returned to training camp on Monday, and later denied a widespread rumor that he was away filming the Fox show “The Masked Singer.”

Instead, he shared an advertisement on Twitter of riding on a motorcycle while wearing Brady Brand underwear.

Wasn’t on the masked singer last week. Was wearing a mask though. https://t.co/E3wg9LaC1I

The video has clearly been altered, although, it is well done.

And of course denying filming of “The Masked Singer” is exactly what someone who finished filming in “The Masked Singer” would say, as the singing competition show is notoriously secretive. Audience members and contestants have to sign non-disclosure agreements, according to CheatSheet and The Wrap. Contestants also have to disguise their voices at all times and can only interact with certain members of the crew.

Needless to say, the show takes the secrecy of the performers very seriously.

The theory began to circulate over the past weekend as Brady continued his mysterious absence from training camp. A Reddit post identified several reasons why it seemed plausible Brady could be in the show, including his massive contract signed to join Fox when he retires and the fact that the show was filming during times Brady was absent from the team. Former teammates Rob Gronkowski and Antonio Brown, as well as Fox analyst and former quarterback Terry Bradshaw have been on the show in the past.

MORE: Was Derek Carr the ‘motherf—er’ Brady referred to?

Brady ended his 11-day break from training camp on Monday. The latest report on his absence came from ProFootballNetwork, which reported he was in the Bahamas on a vacation with his family.

Buccaneers coach Todd Bowles has previously described Brady’s absence as a prearranged break for personal reasons. Bowles noted Brady was not going to play in the first two preseason games regardless of whether he had been at camp. He did not comment on whether Brady might play in the team’s third and final preseason game.

“If anybody can get away with the 11-day break during training camp, it’s Tom,” tight end Cameron Brate said, according to The Associated Press. “He came back, kind of firing on all cylinders again. We’re all excited he’s back and ready to move on.”

There won’t be any word out on whether Brady was actually on “The Masked Singer” likely until he either appears — or doesn’t appear — during the upcoming season. For those wondering, the series will have its eighth season starting on Sept. 21.

Canadian Dollar Sinks as US Dollar Climbs Ahead of Fed Conclave....

Cost of living: Millions of people already behind with their household...

Online Safety Bill should go back to its original purpose of...

Canadian Dollar Sinks as US Dollar Climbs Ahead of Fed Conclave....

Cost of living: Millions of people already behind with their household...